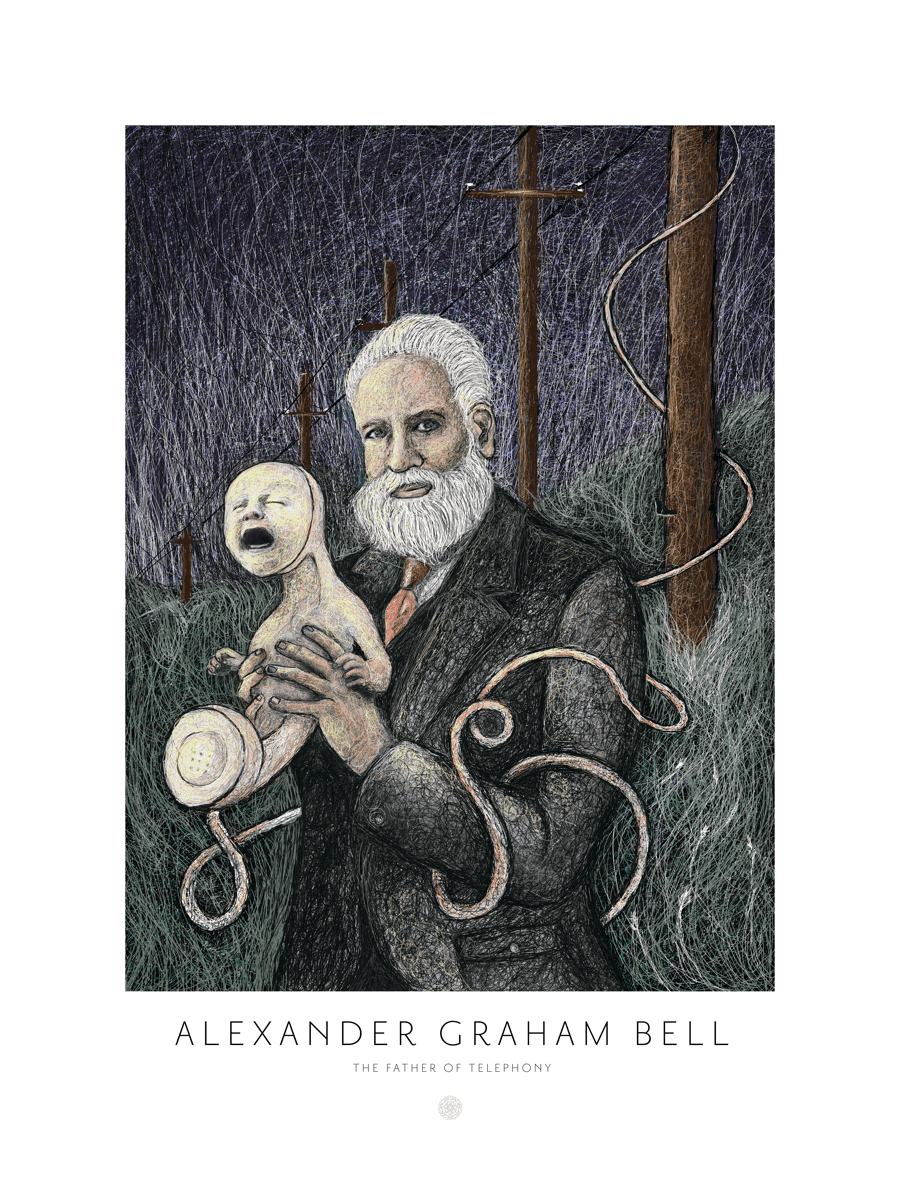 The Father of Telephony

Alexander Graham Bell fathered one of history’s most groundbreaking inventions - the telephone. He began his work out of curiosity and experiments with sound and a desire to help his mother and wife who were both deaf.

After his invention had gained popularity - even he considered it an intrusion to his work, and refused to have a telephone in his office.