“I often think that the night is more alive and more richly colored than the day.” – Vincent Van Gogh

Spending a summer nights in the Utah desert is one of my favorite things. There is something mysteriously beautiful about the warm air, a slight breeze and mostly the awe inspiring view of the stars on a dark night.

For some time, I’ve wanted to try my hand at astrophotography. Using a modern camera to capturing the beauty of the stars in a way that’s impossible with the naked eye.

We arrived in Escalante early in the evening and found a campsite just off from the Hole in the Rock road, cooked dinner and settled in as the sun went down. 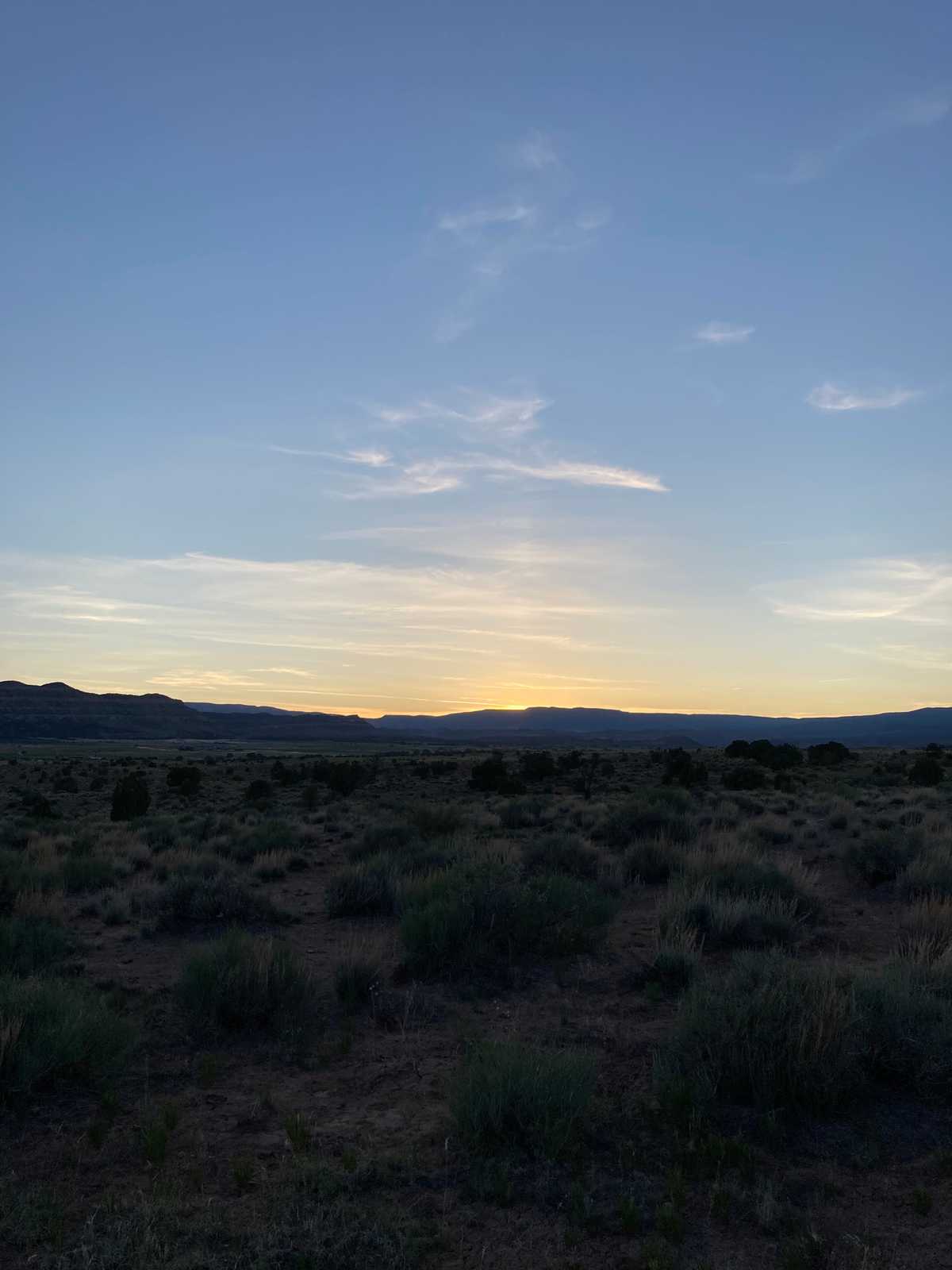 Photo with the trusty iPhone just as the sun dropped below the horizon.

As the sun went down, I setup my camera and practiced a few shots to get try and get the right combination of focus, aperature and exposure length. Anything over 20 seconds showed some movement - and focus was a matter of taking a photo, checking the result and modifying till it felt right. I found some good settings and layed down to get some sleep before the stars would be in position for the best viewing. 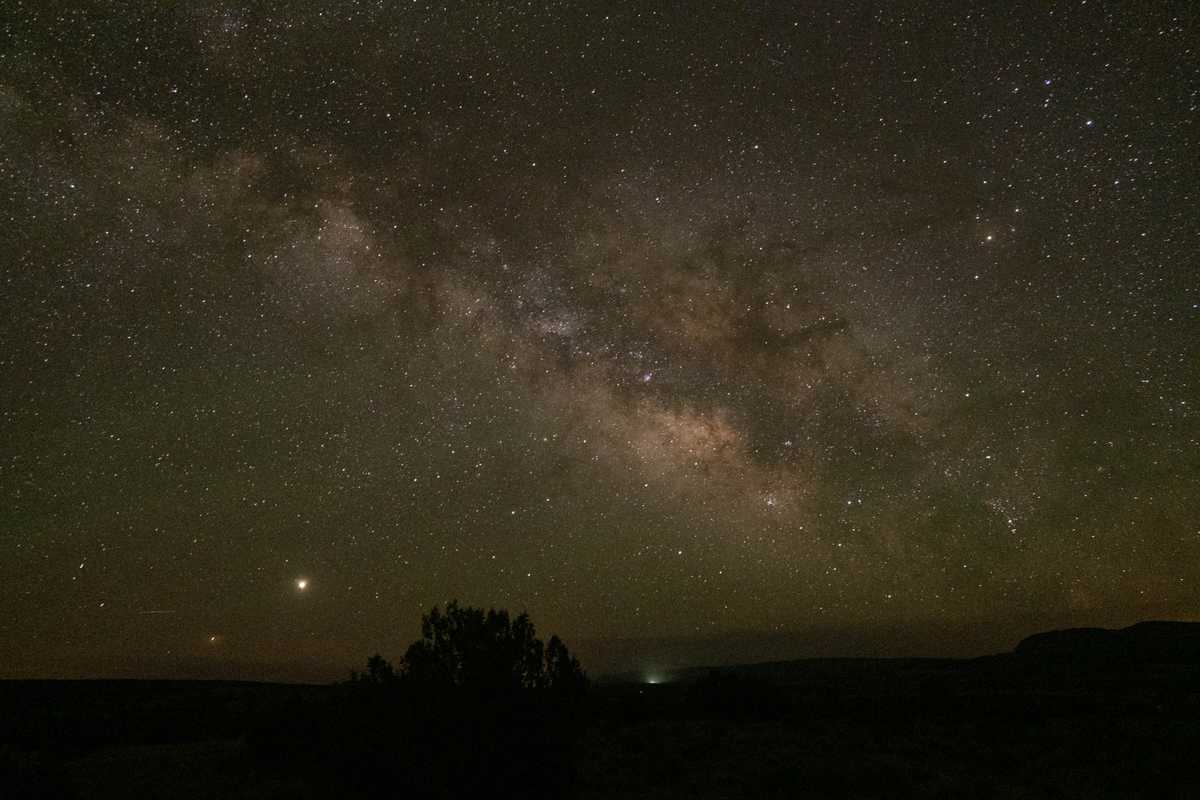 I was pretty excited to have the firs photos turn out as well as they did. I took a dozen or so long exposure photos to dial in the basic settings and focus to get the effect I wanted. I was excited to see that Jupiter and Saturn would both be near the Milky Way, and it would be possible to get them in my shots earlier in the morning.

I used the Ephemeris Sun and Moon Calendar app to identify the position of the Mikly Way and where I would want to compose the shot. This is a beautifly made application that helped me identify the best time to attempt my photograph. I set an alarm on my watch for 3:00 am and opened my gaze to the stars.

Whenever possible, I try to sleep under the stars, watching the heavens makes me feel a sense of wonder and awe. I usually don’t remember falling asleep, my mind just drifts into the sky as I watch the movement and scan the endless stars. 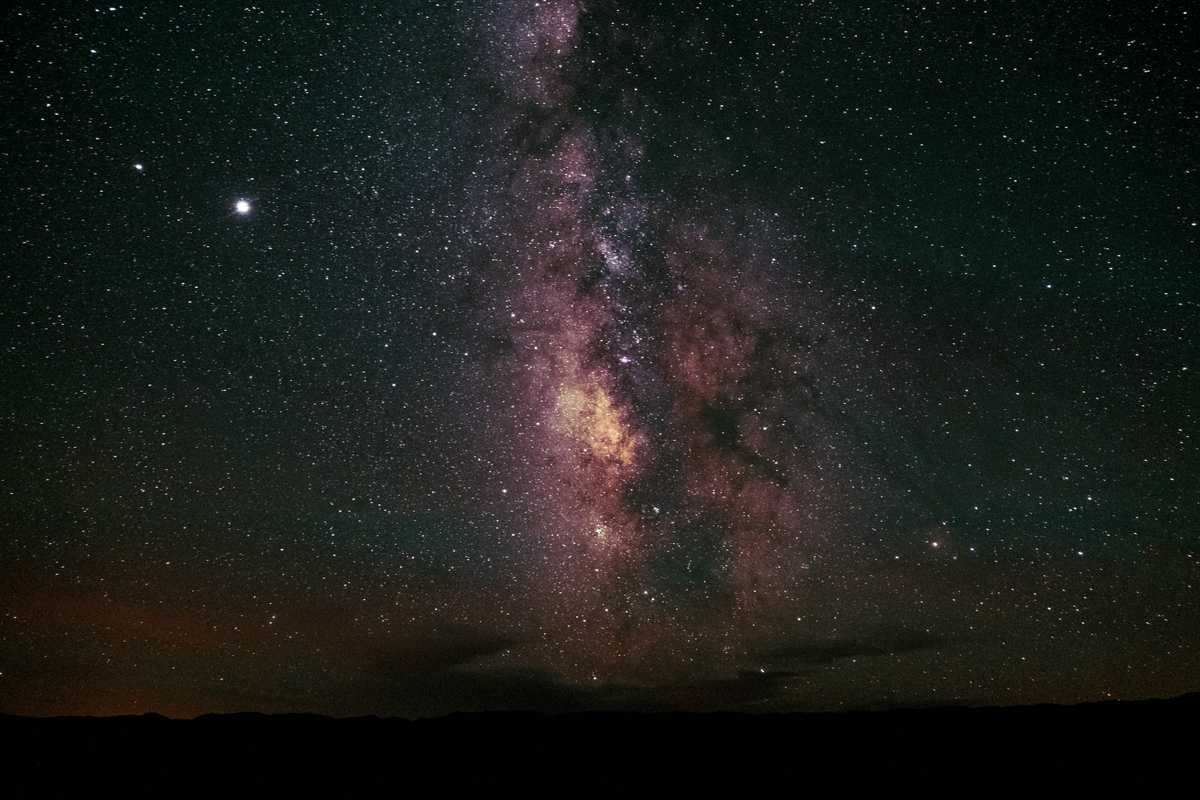 One of the first shots out of the camera. A few clouds on the horizon added to the interest of each photo.

Three am came quickly - I’m not sure if I fell asleep at all, or if I had simply been taken away from time by the night sky. I configured my camera and took a few shots to check things again. Every photo revealed something new I hadn’t seen. A sattelite crossing the sky, meteorites I couldn’t see with my eyes, and the beautiful colors and clouds in the Milky Way—just outside of what my eyes could see.

I experimented with different settings, trying to get a crisp focus and the best composition. With each photo, I was reminded of Vincent Van Gogh’s quote about the night sky and his painting of starry night–“I often think that the night is more alive and more richly colored than the day.” I was finding this to be more true than I had ever experienced it before. 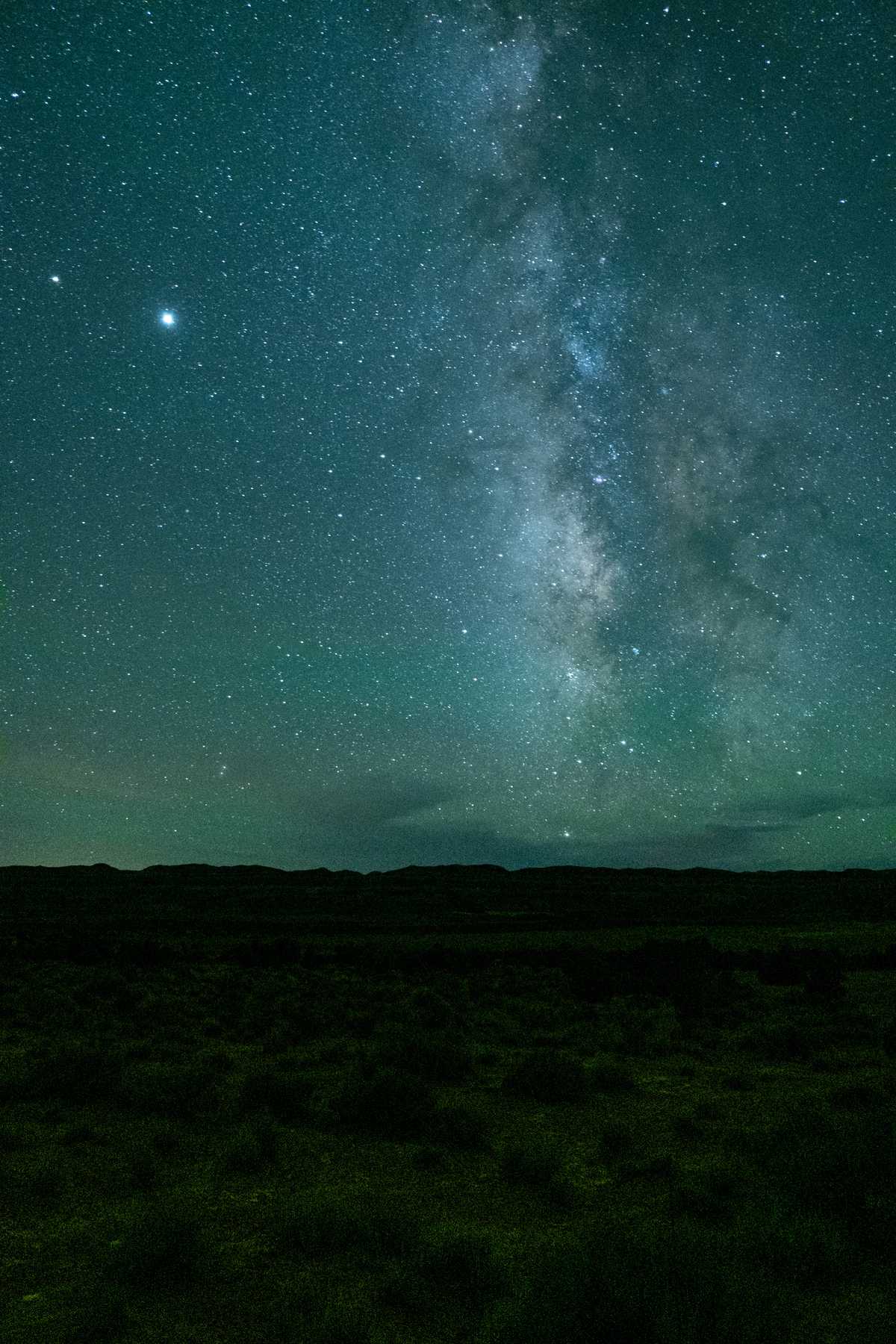 It was difficult to capture the foreground, being so dark, and probably not all the interesting. I included this photo just to give a sense of what the landscape looked like. It was quite dramatic how much you could see from only the light of the stars. 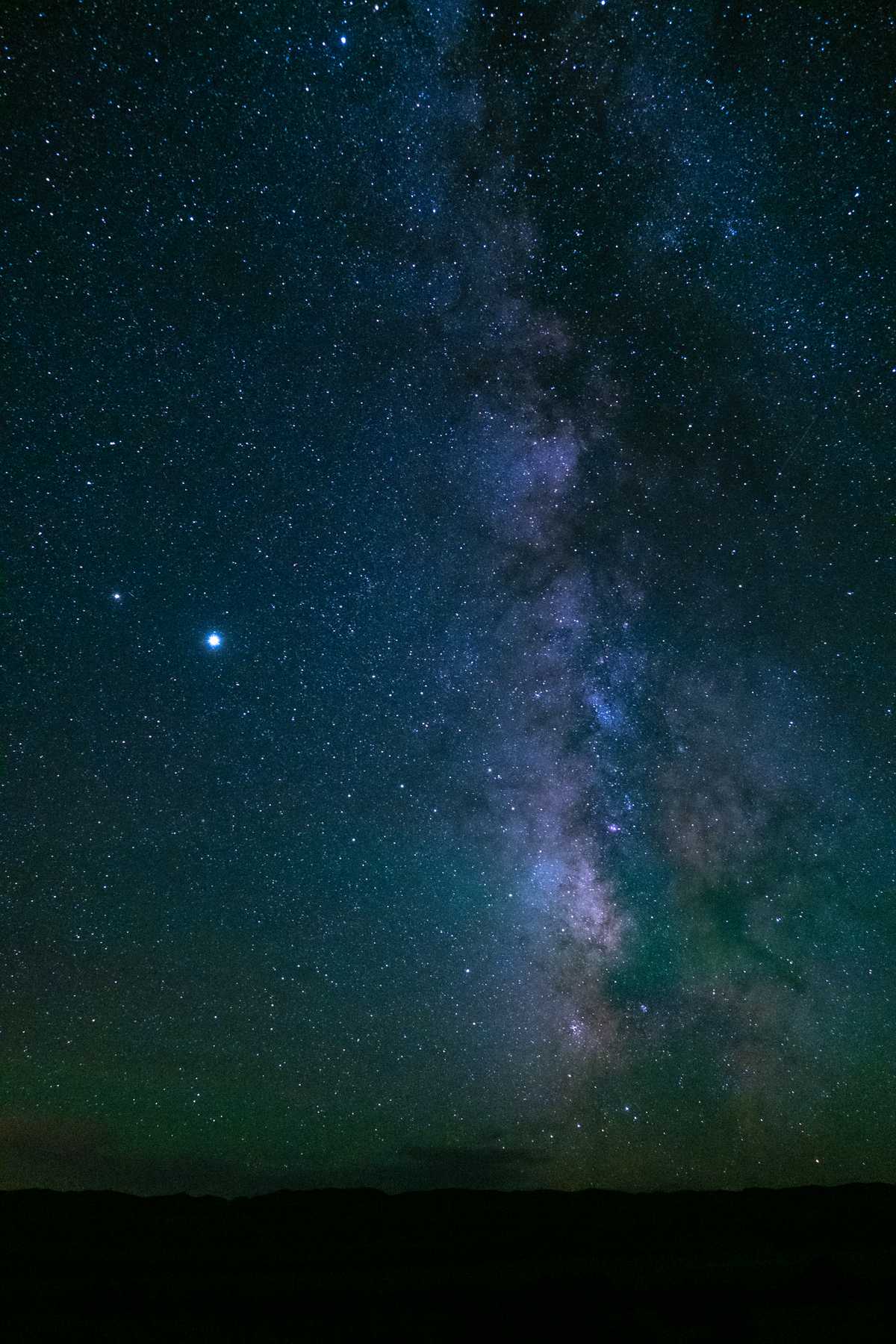