An open invitation to witness at close range a display of rock sculptures of awesome proportions carved by a supreme creator, a silent and solemn assembly where man feels an intruder, a speck of his life amongst giants of a dead past.

With an opportunity to travel to England for work, I decided to plan a few extra days of tourism. Since I would be traveling alone, I decided to try and do some hiking in the mountains, the thing I most enjoy doing when I’m by myself. 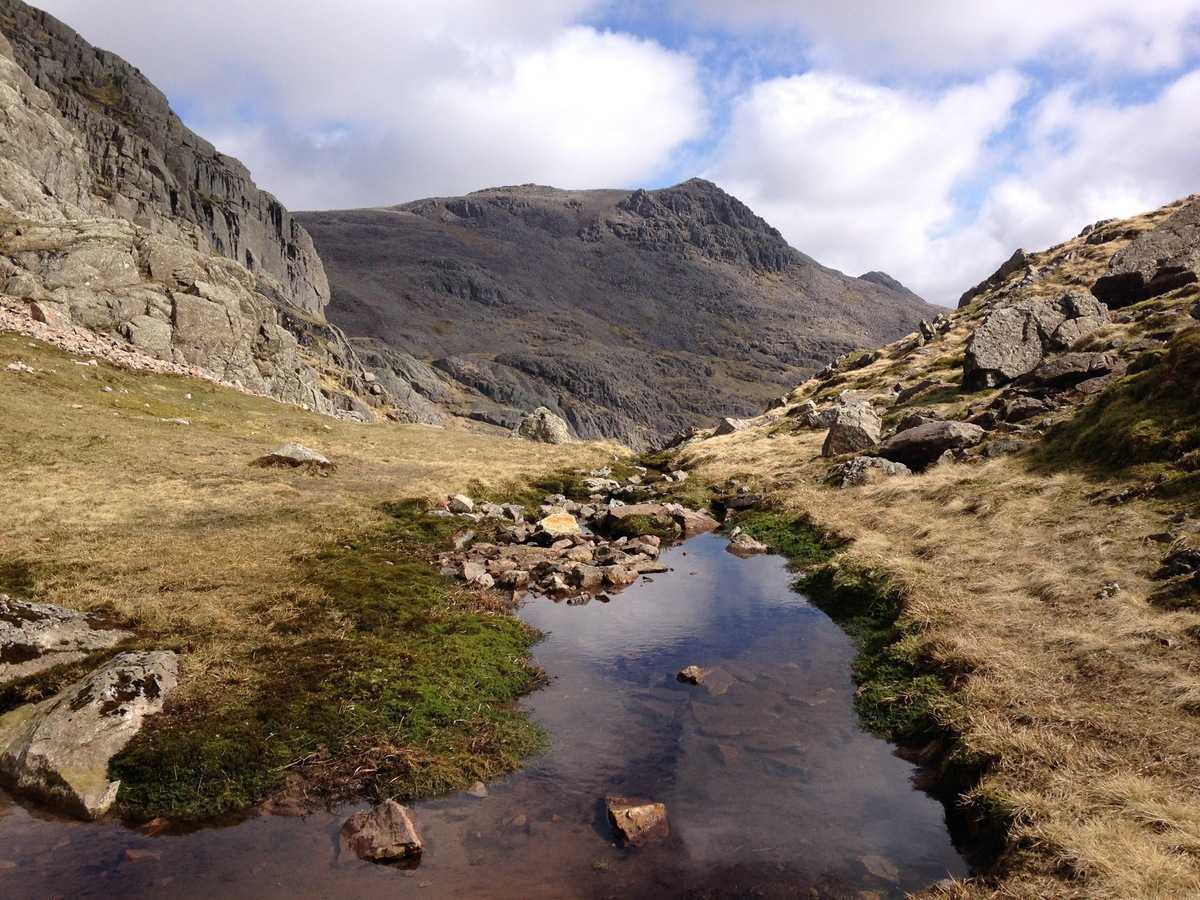 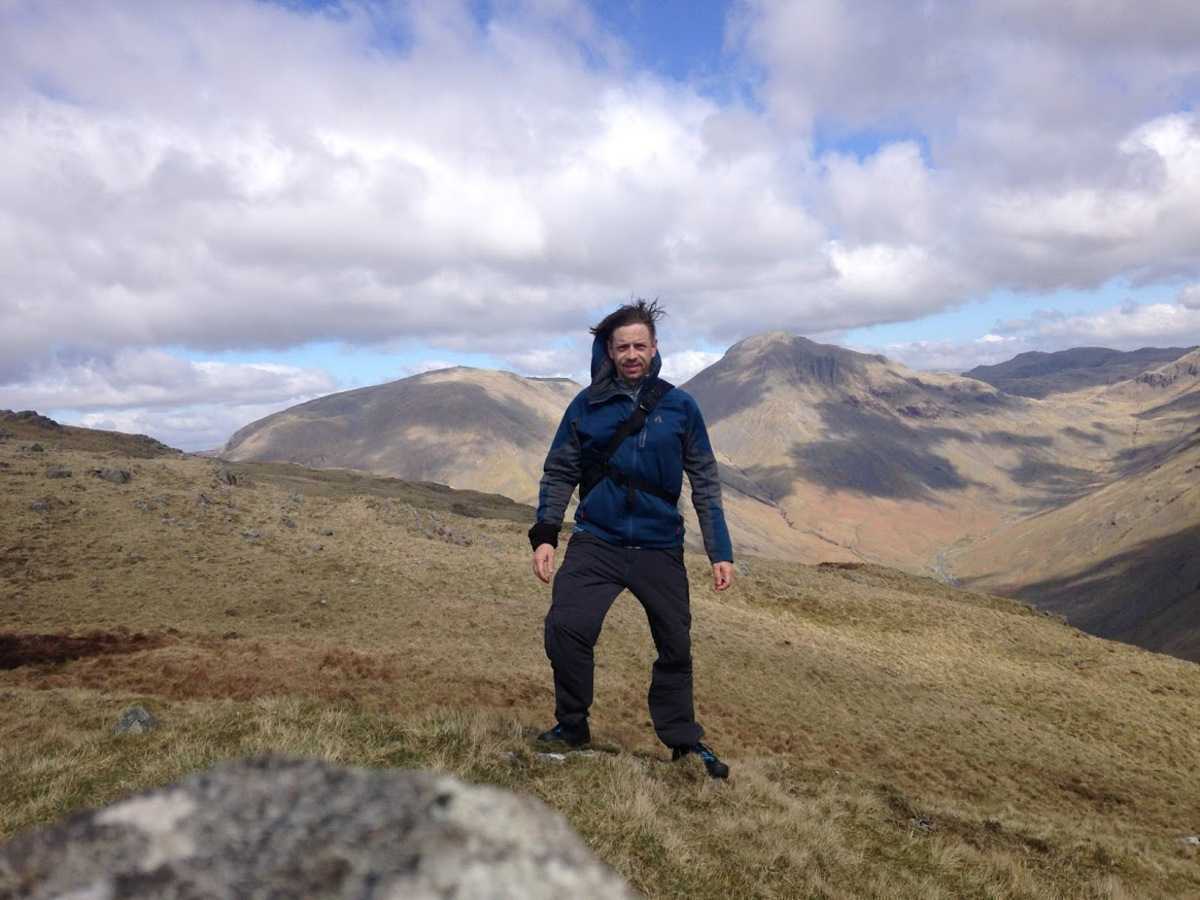 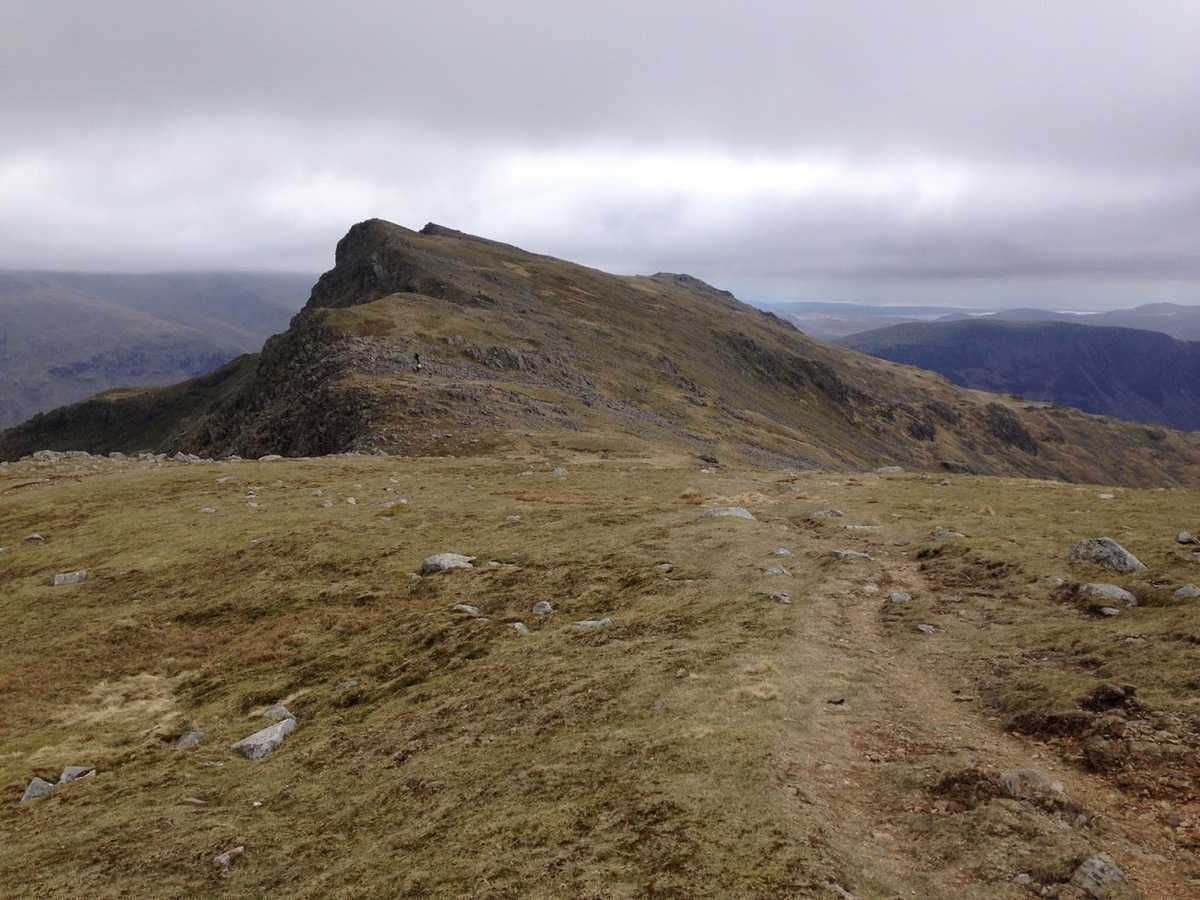 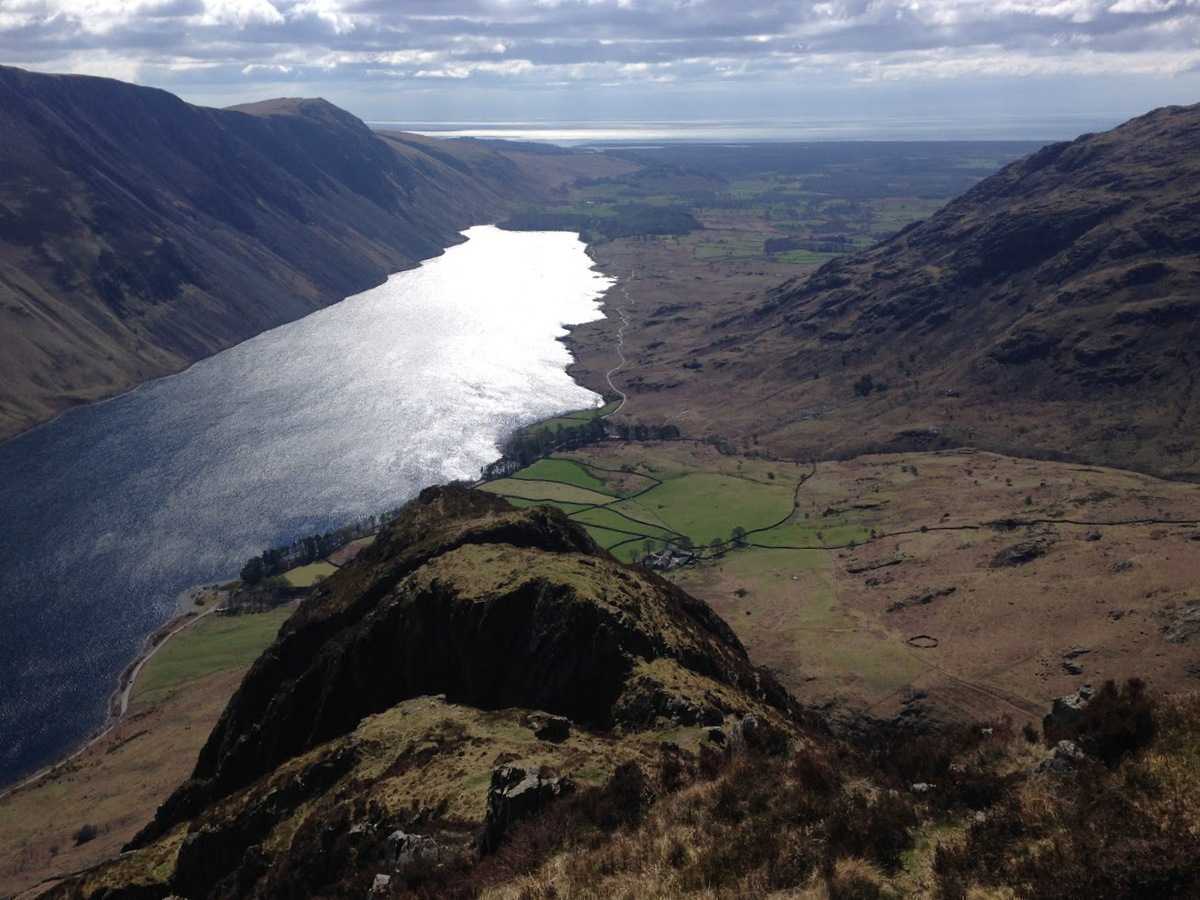 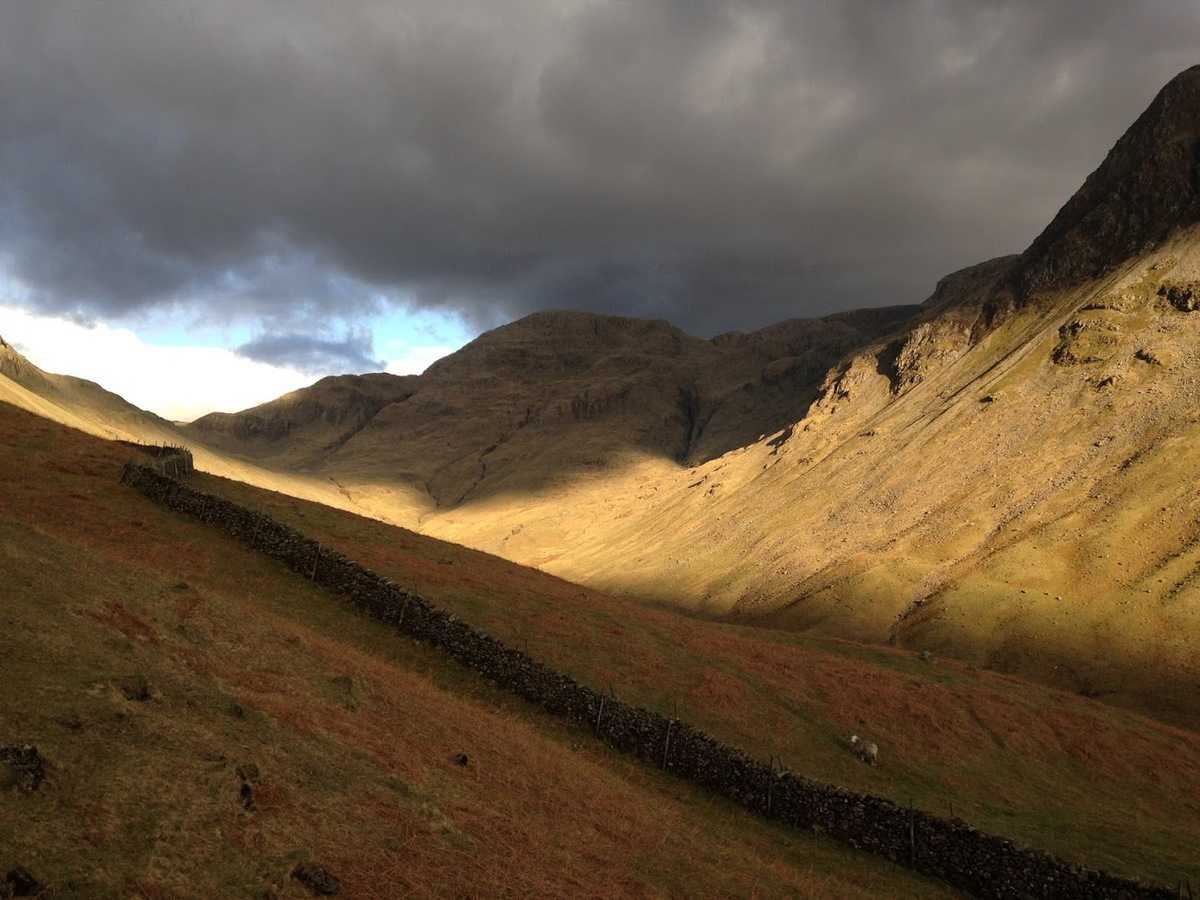 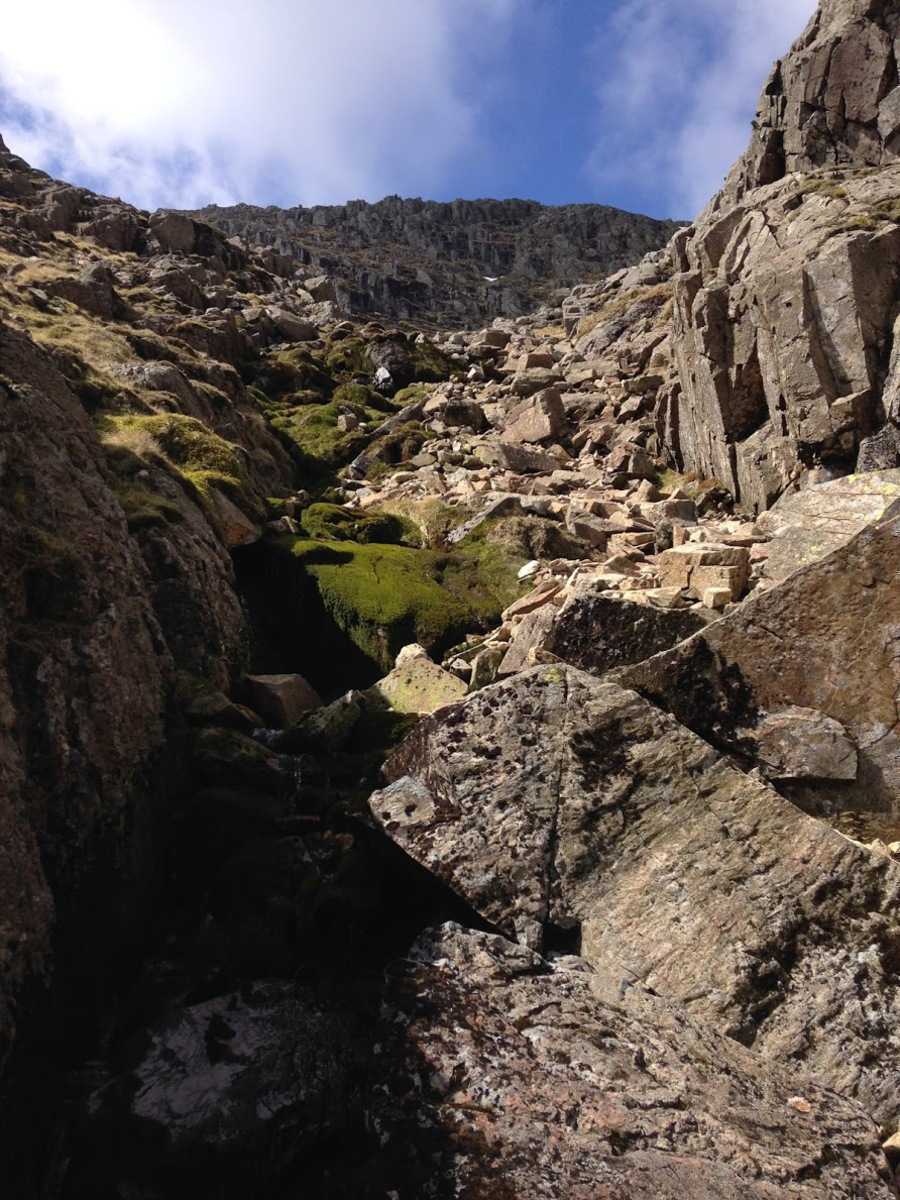 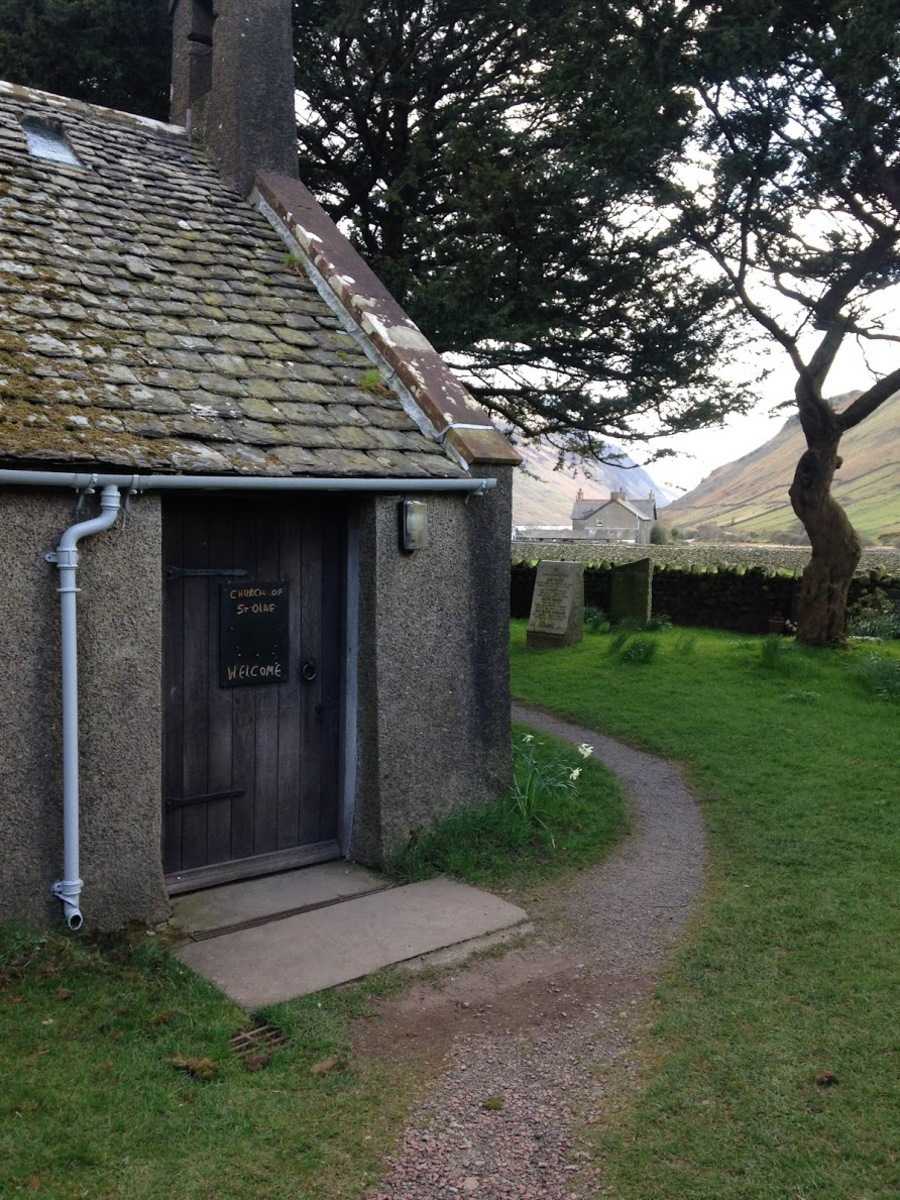 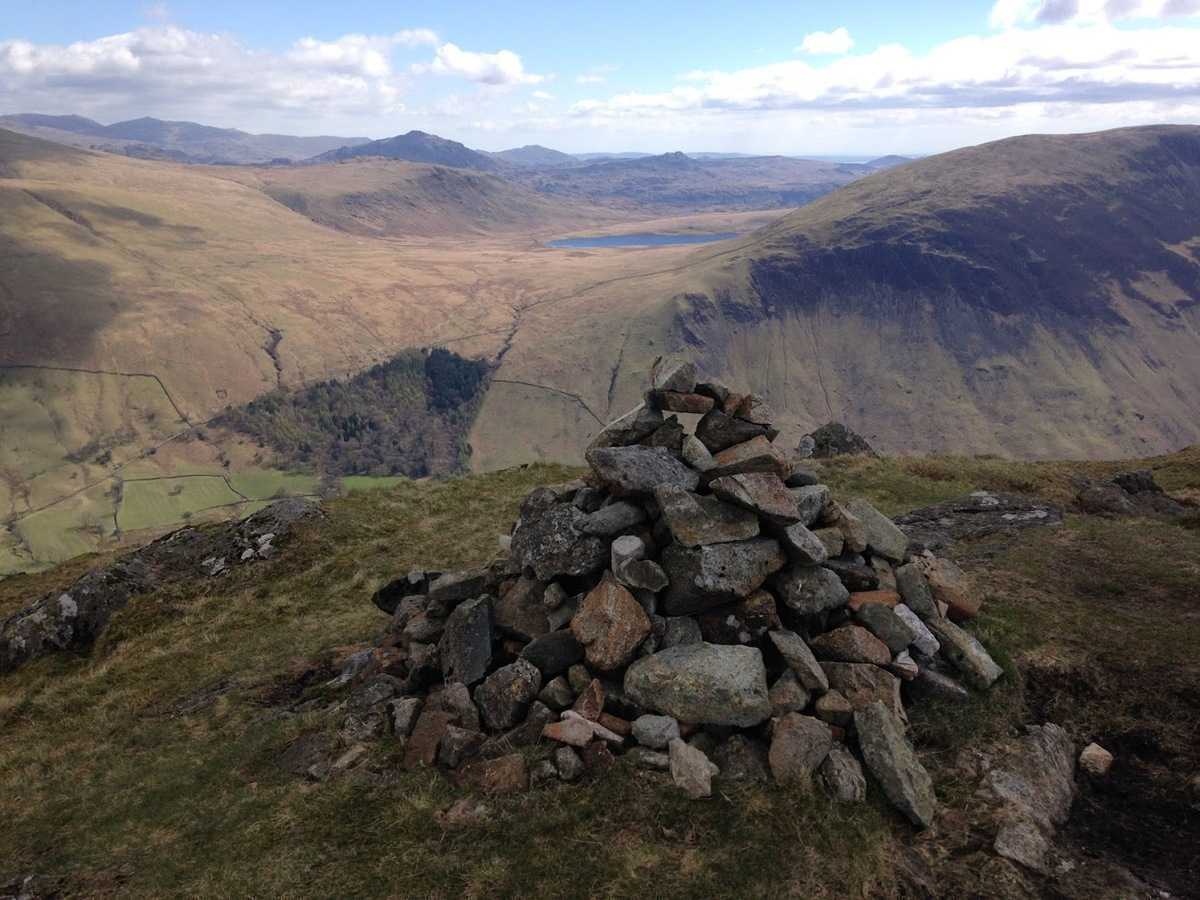 After some online reading and trip reports, I thought it a worthy objective to spend a day hiking in the Cumbria region of England to it’s highest peak, Scafell Pike. I didn’t know much about it, only that it’s the highest peak at just over 3000ft. Internet reports from hikers, or “walkers” in England talk of the challenge of summiting the high point of the land.

There’s a popular challenge in England called the 3 peak challenge, where walkers attempt to scale England’s 3 highest peaks in 36 hours. For me, it meant that the path would be well traveled, I wouldn’t get lost in a far away land, and I could hike a classic path in a foreign country. The hike wouldn’t be difficult compared to the local Wasatch Mountain trails , but it would have moderate elevation gain, high potential for temperamental Cumbrian weather, and a healthy distance to pass a number of daylight hours.

The drive from Birmingham started quickly and at a fast pace on the motorway, but ended in a beautiful drive through winding roads between ancient stone fences, mountain lakes, trees, and pasture. I arrived at my destination just at dark. 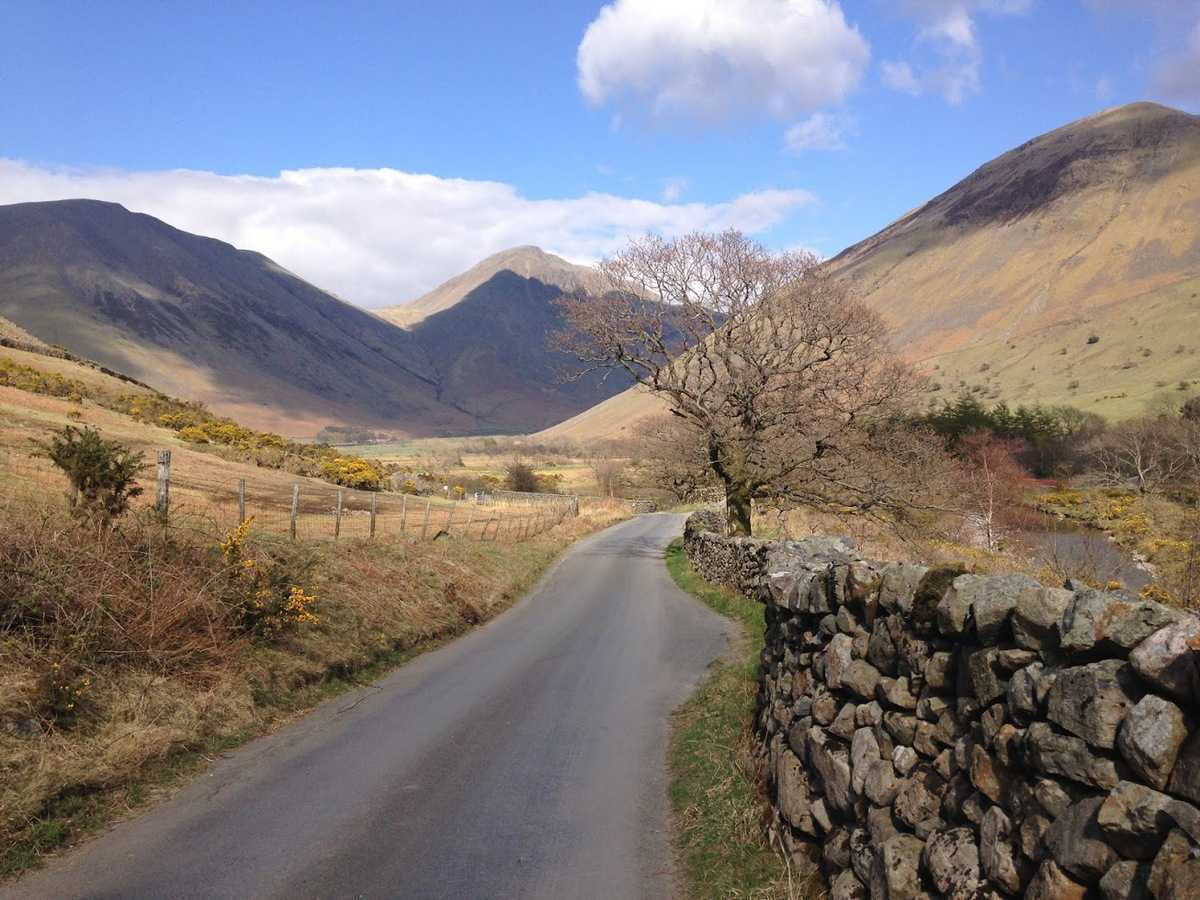 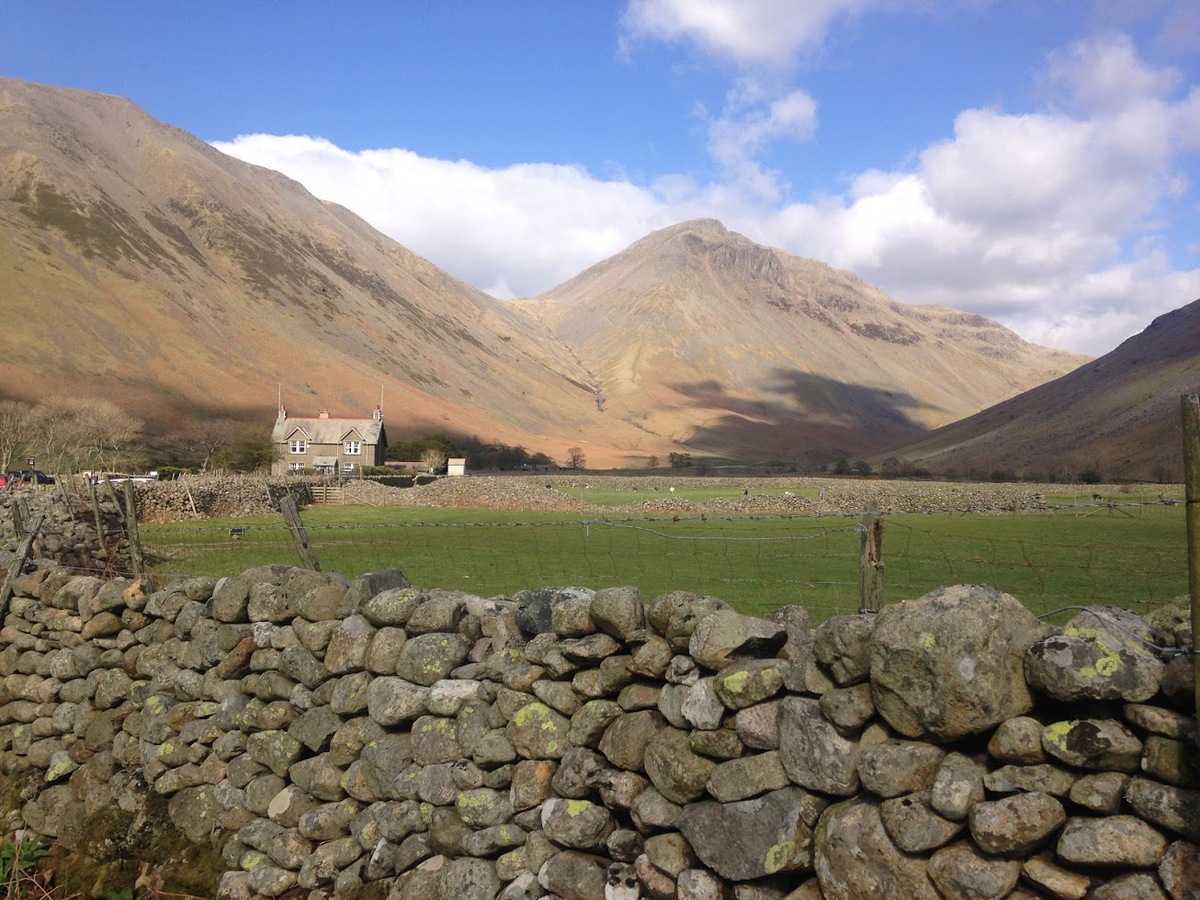 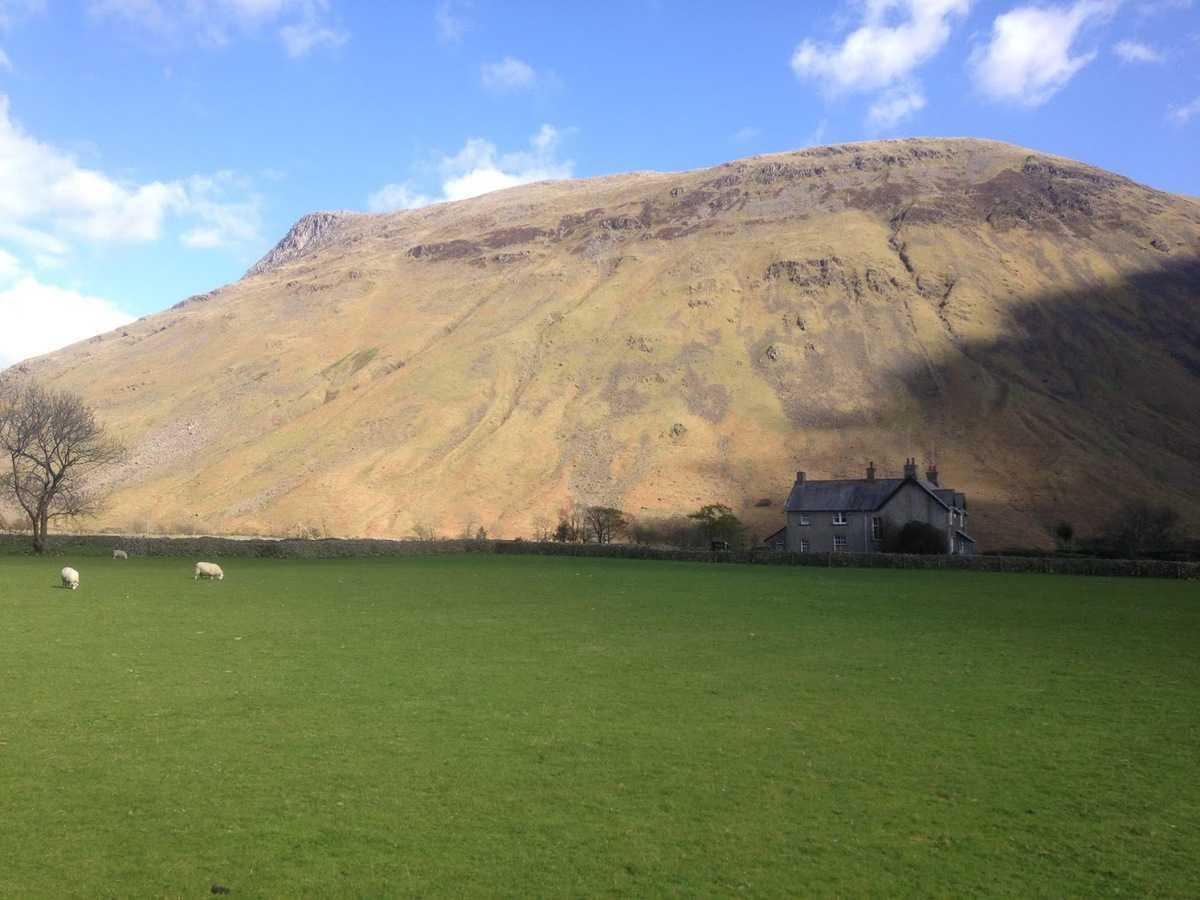 My bead and breakfast at Wasdale Head.

After a bit of work, I found my host in the Pub, who helped me to my room. He showed me around and welcomed me to spend a little time reading some of the books in the guest library. A variety of books lined the east wall, including mountaineering novels, magazines, picture books, tourist maps, etc. One section of the wall was dedicated to books about “walking,” specifically the kind of walking one would come to the Lake District to do.

Remembering a tip from someone a few days earlier, I pulled a few books by A.W. Wainwright. Wainright describes each path poetically, providing details of geography and way finding, woven together with emotion and praise for the experience.

“An open invitation to witness at close range a display of rock sculptures of awesome proportions carved by a supreme creator, a silent and solemn assembly where man feels an intruder, a speck of his life amongst giants of a dead past.”

In the States, we call it hiking, which I’ve imagined to be a more physically challenging form of walking. In England, walking, at least from Wainright’s descriptions seems to be a more cerebral, and spiritual (in a non-religious way), form of hiking.

Day 1 - The Mosedale Horseshoe (All Day over Altitude)

On the first day, I decided to take a classic walk called Mosedale Horshoe. This was suggested by the local climbing shop owner as a very nice way to spend the whole day in the hills. The walk traversed Wasdale Head, with beautiful trails, ridges and a few summits along the way. 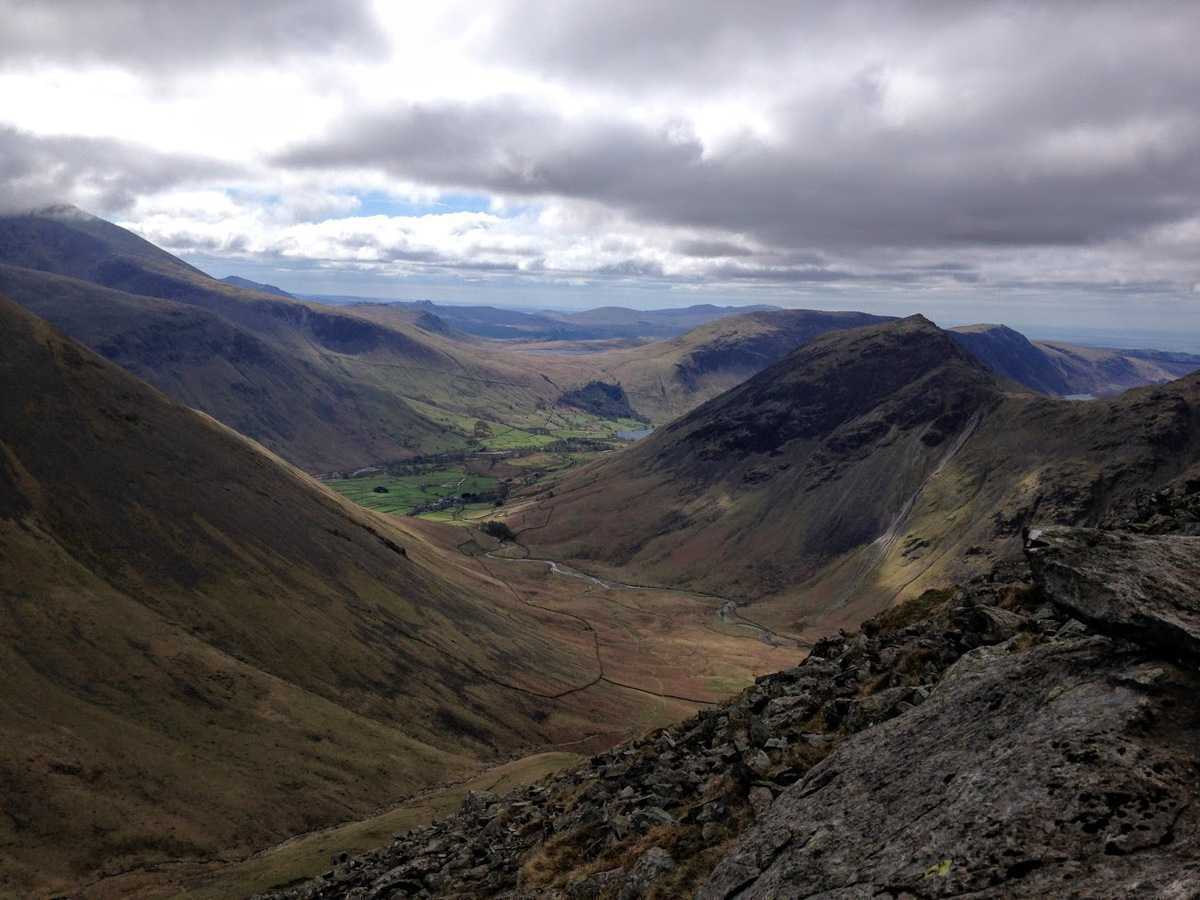 I started the walk at Wasdale Head, crossing through some local pastures and heading up Black Sail Pass. At the top of the pass, I decided to add another summit, and went to the top of Kirk Fell. Kirk Fell was a nice summit, with great view of Great Gable, and the valley below. 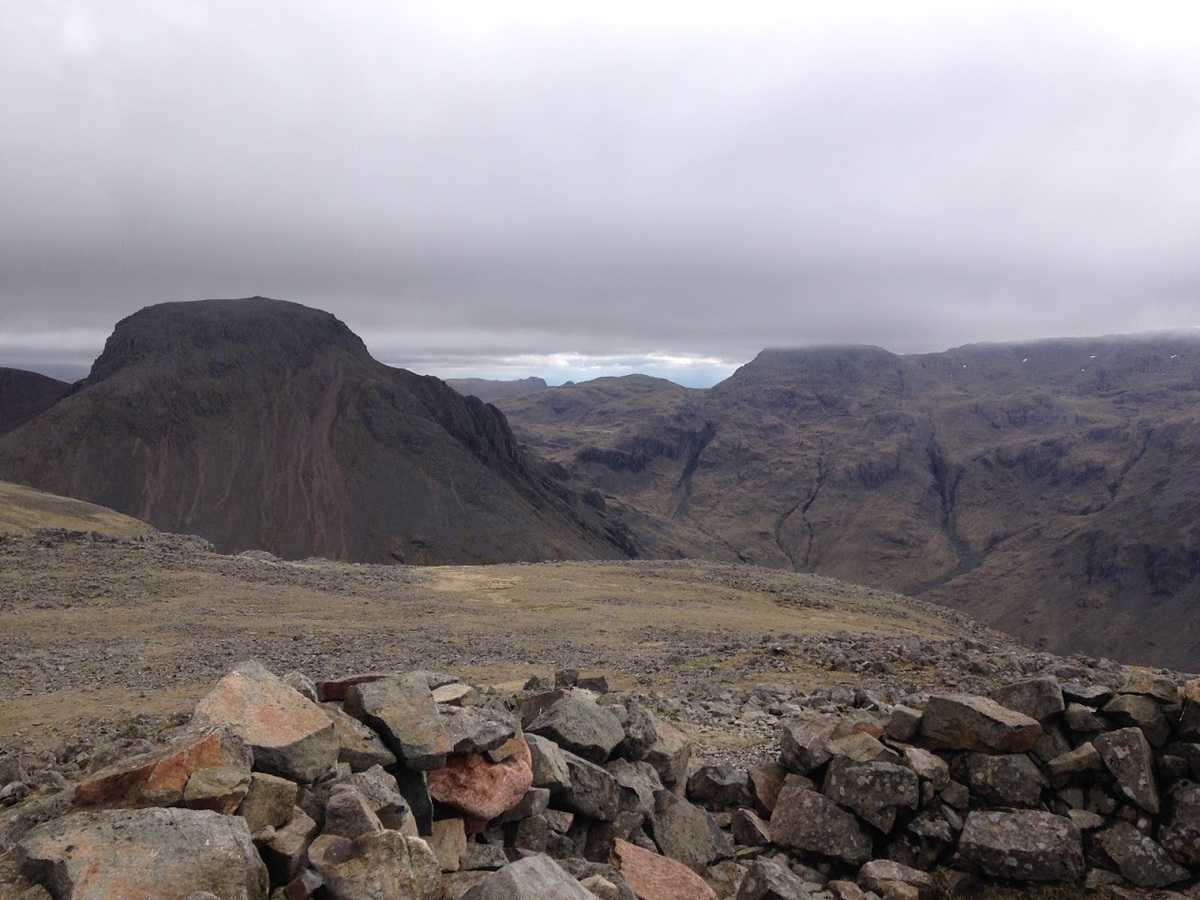 The loop continued, crossing a few summits, including Red Pike, Pillar, Scoat Fell, and Yebarrow. The walk was one of the best ways I’ve ever spent a full day. Talking with other walkers, enjoying the fresh crisp air, and scrambling up summit after summit.

One of the goals of my trip was to hike England’s highest summit, Scafell Pike. As I read the books describing the paths