We make our own monsters, then fear them for what they show us about ourselves. –Mike Carey, The Unwritten

“The Inventors” is an update to a series of illustrated portraits started in 2008. The first of the series, “The Father of Television” was based on memories of my childhood where my grandfather always referred to the television as the “One-Eyed Monster.”

In the complete series, the theme expands on the concept of inventions and ideas having a dark side, or being used in ways that are unintended, or perhaps the opposite of their inventor’s intentions. Farnsworth felt saddened to see his invention exploited for advertising and commercial entertainment. Bell was annoyed by the interruptions caused by the telephone that he refused to have one in his own office.

The series explores this idea, with portraits of the inventors and their monstrous children.

After completing the work “The Father of Television,” in 2008, I had always wanted to do a few more portraitures of different inventors. I had started new portraits of Thomas Edison and Alexander Bell and used them in a small book project, but never finished them at full poster-size resolution. 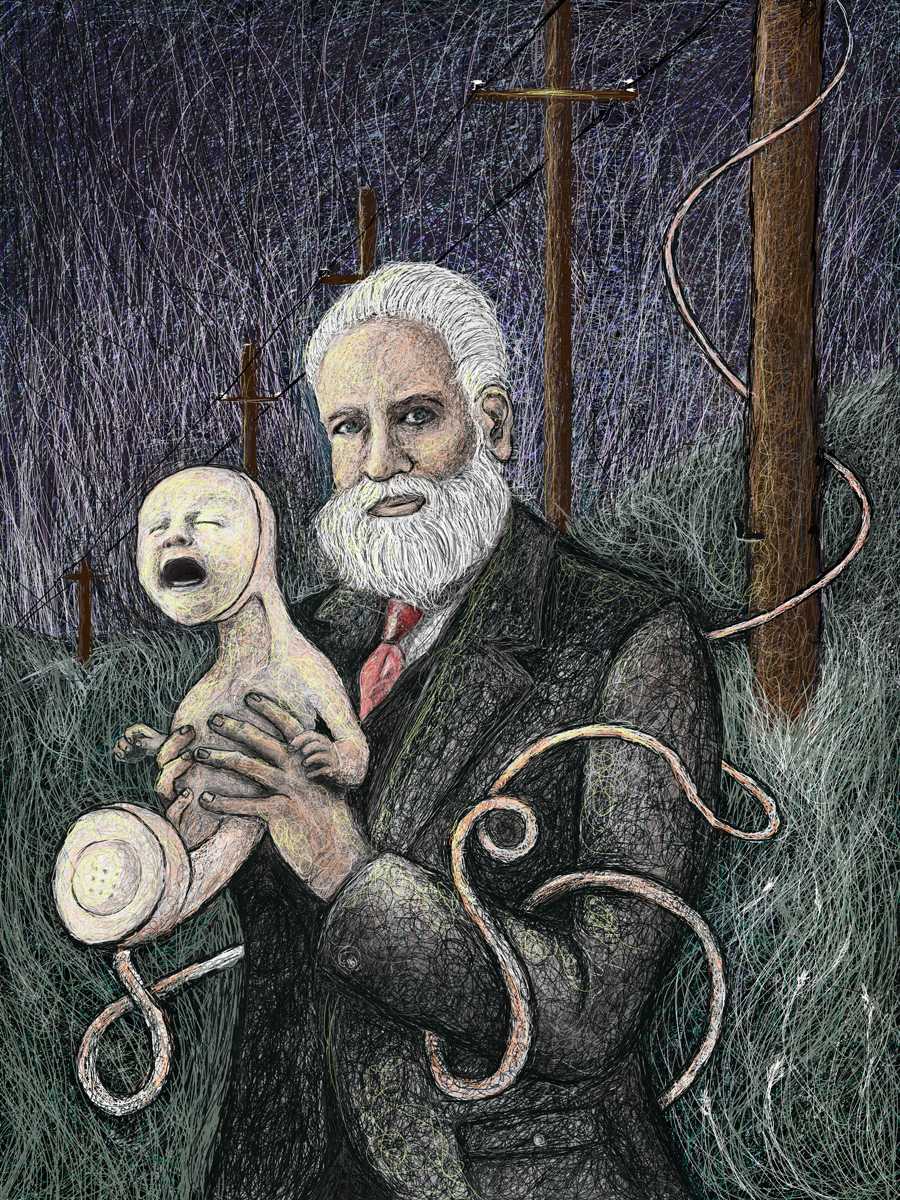 The Father of Telephony + Detail 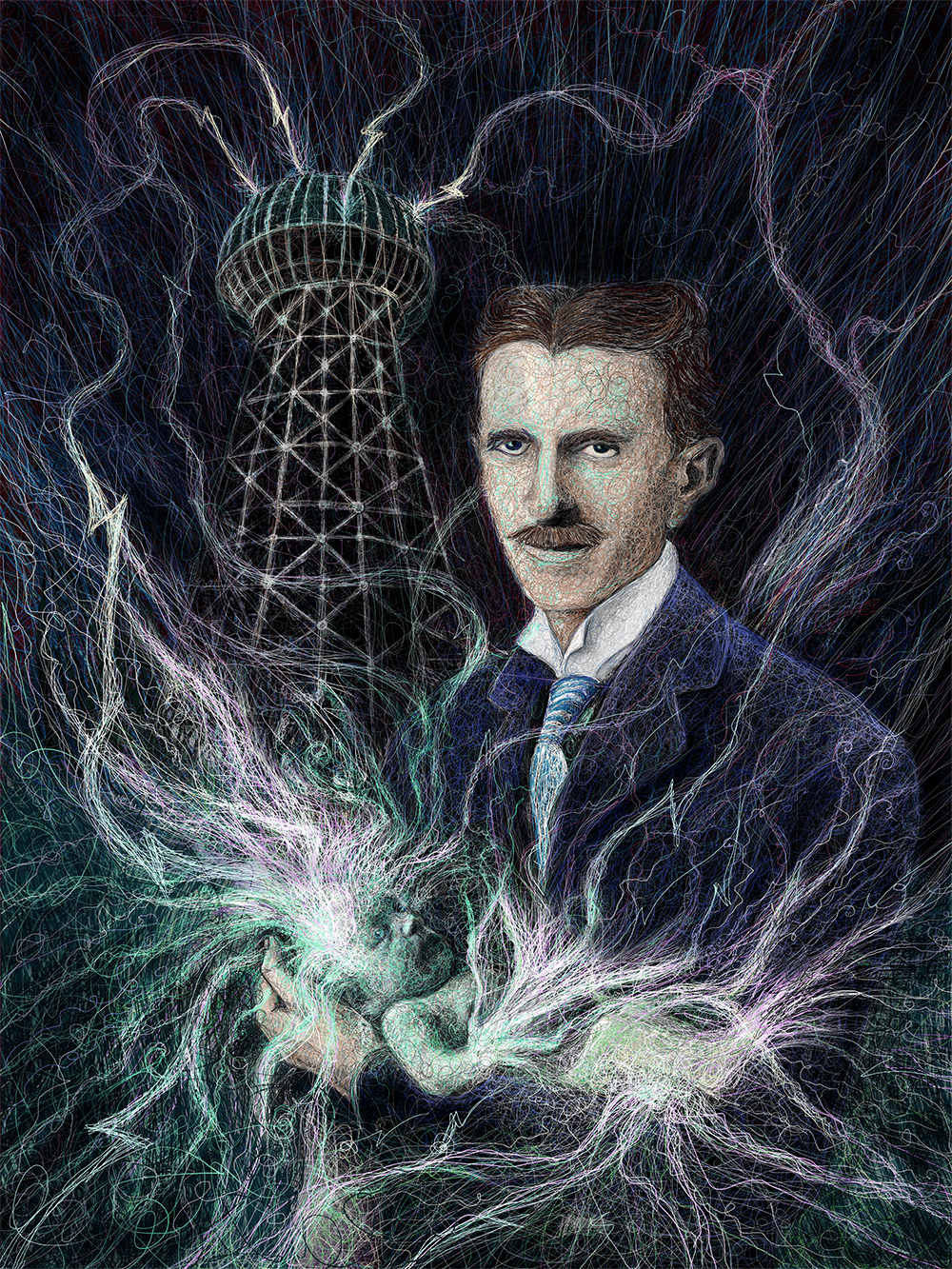 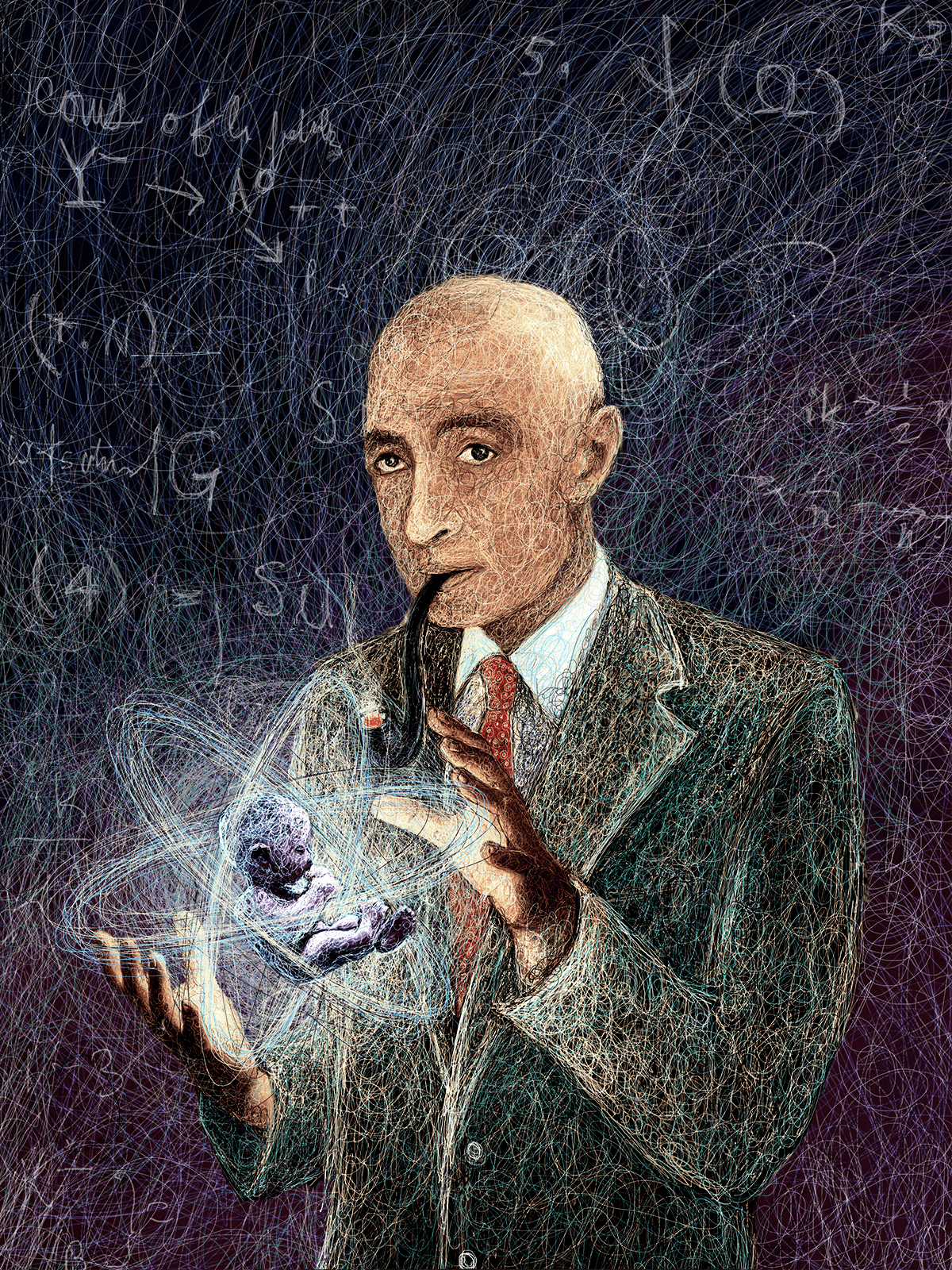 The illustrations are created digitally, built up from several layers of individual detailed lines (or scribbles). Additional layers of detail are added as the images are increased in size. The latest edition allows for 18x32 prints at the highest, most complete resolution.