At the beginning of the summer, I was approached by my neighbor who wanted to do an out-and-back trail run/hike to Kings Peak, the highpoint in Utah. As usual, I signed up for the adventure without really being prepared, and without knowing what I was getting into. 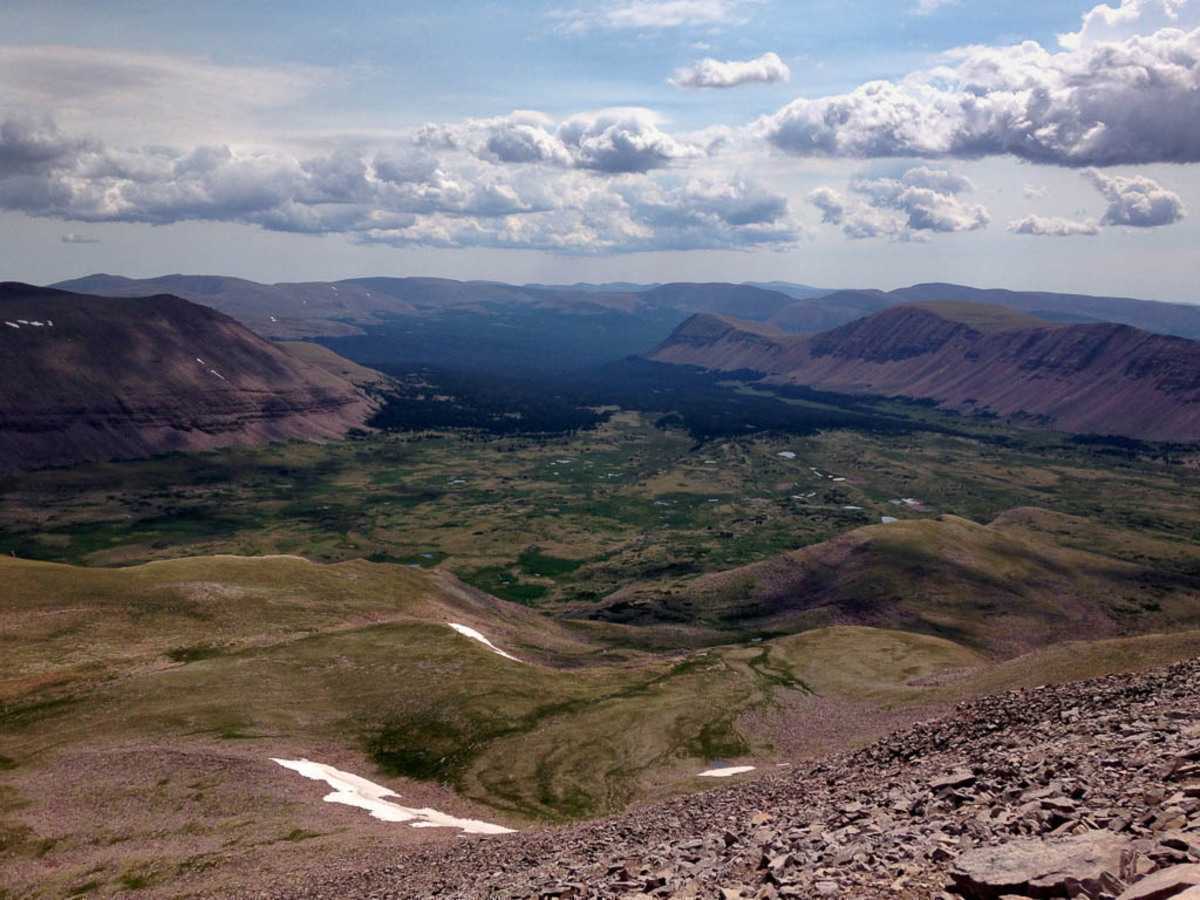 From the peak, looking into one of the five amazing valley’s surrounding Kings Peak, Utah’s highpoint.

The out and back trail from Henry’s fork is roughly 30 miles round trip, with a couple options to make the trek a few miles shorter or longer depending on how much boulder hopping, or more vertical ascending you’re willing to take on.

We made pretty good time, and although I’ve never gone that distance in a single day, my legs held up good and I felt great, especially considering the 29 miles over 10,000’ elevation.

I hope to return soon and often in coming years, as I can’t think of many other places so remote, so beautiful, and so close to my home. 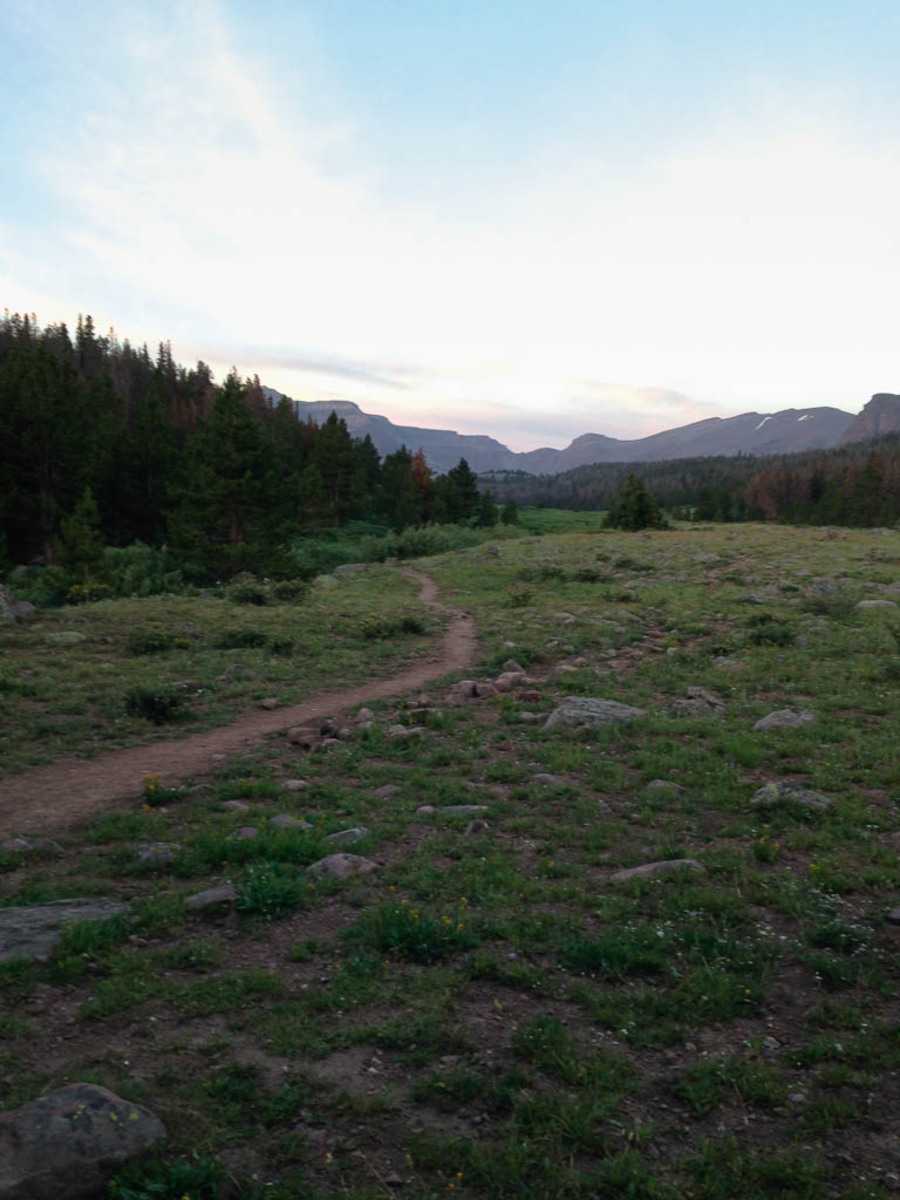 Getting out of the trees at about 5.30 am. The suns still hadn’t hit the valley yet, and this was our first view of the surrounding peaks. 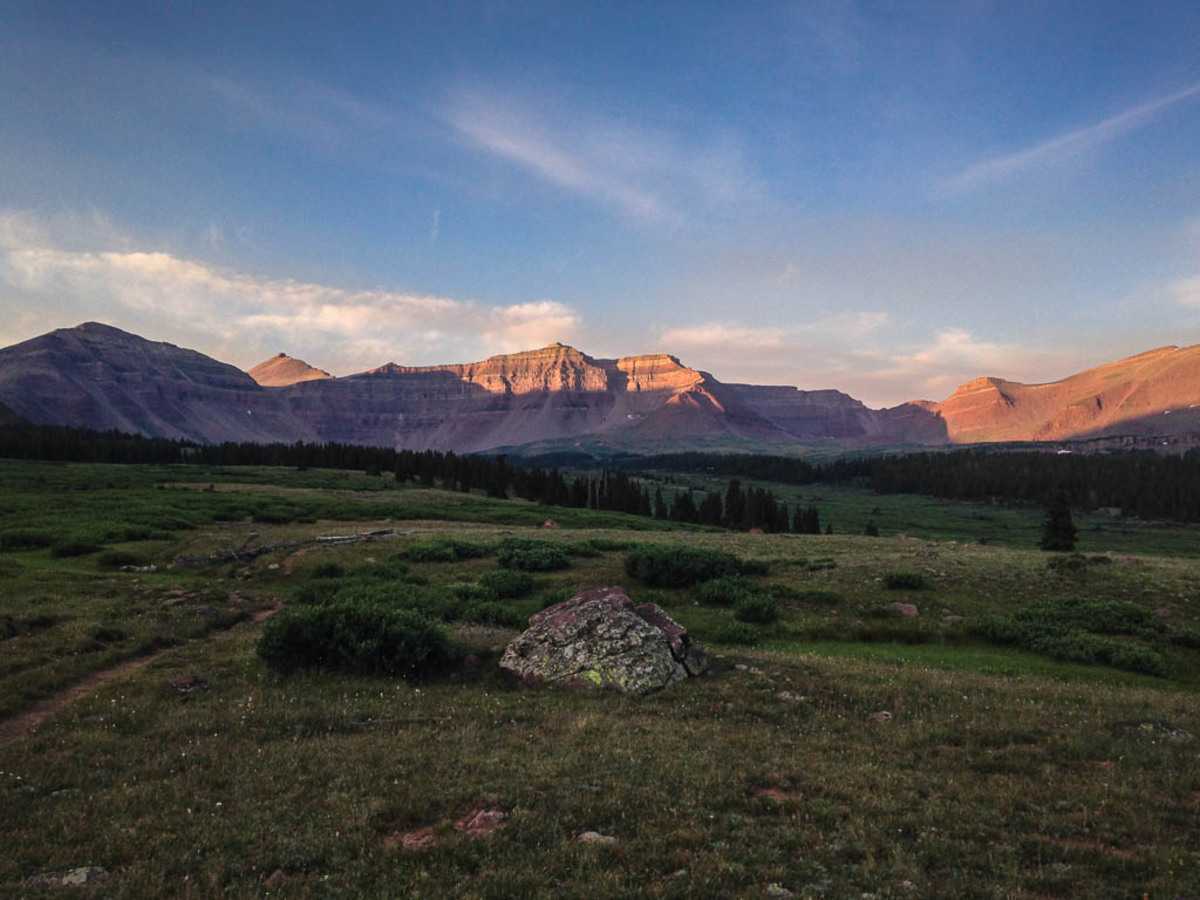 Morning sun was just starting to hit the peaks. Kings Peak (left, behind the first ridge) was still about 10 miles away. 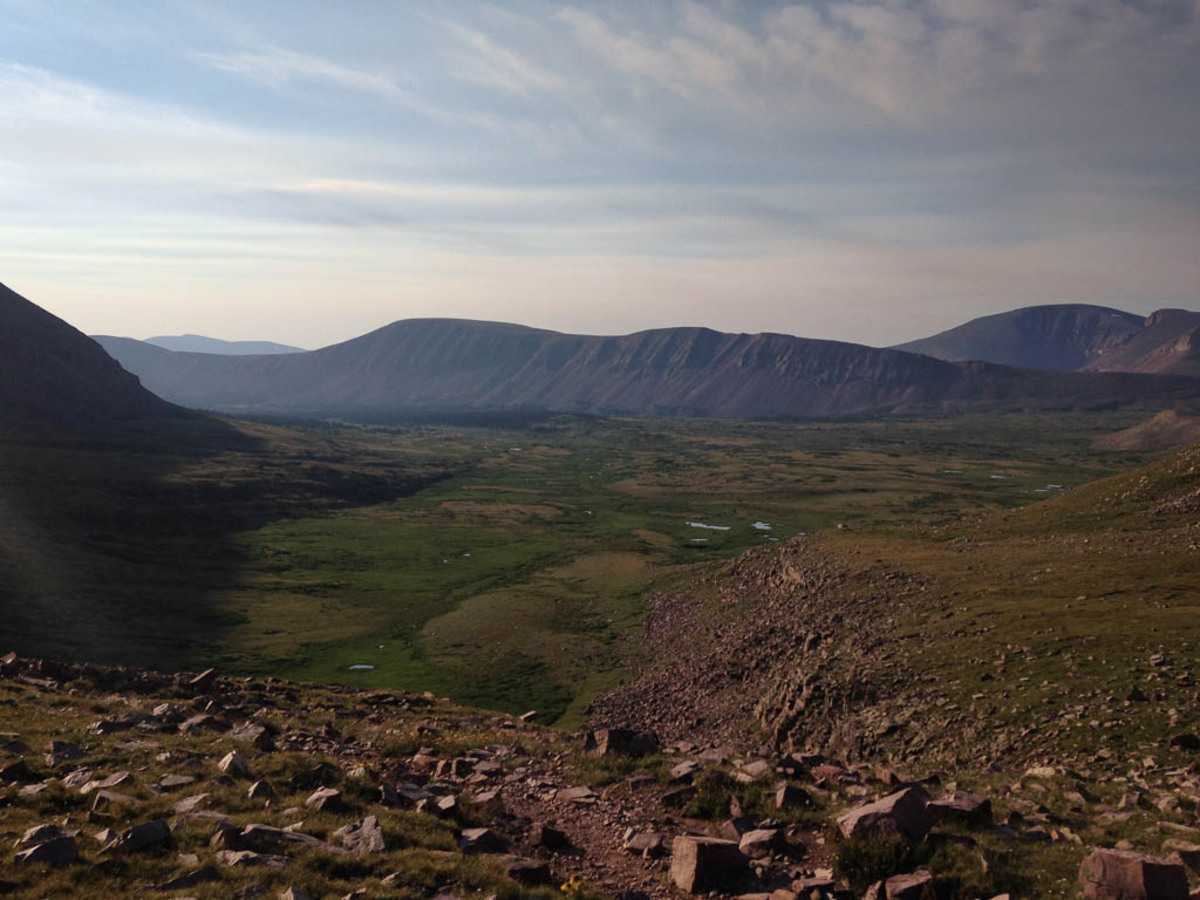 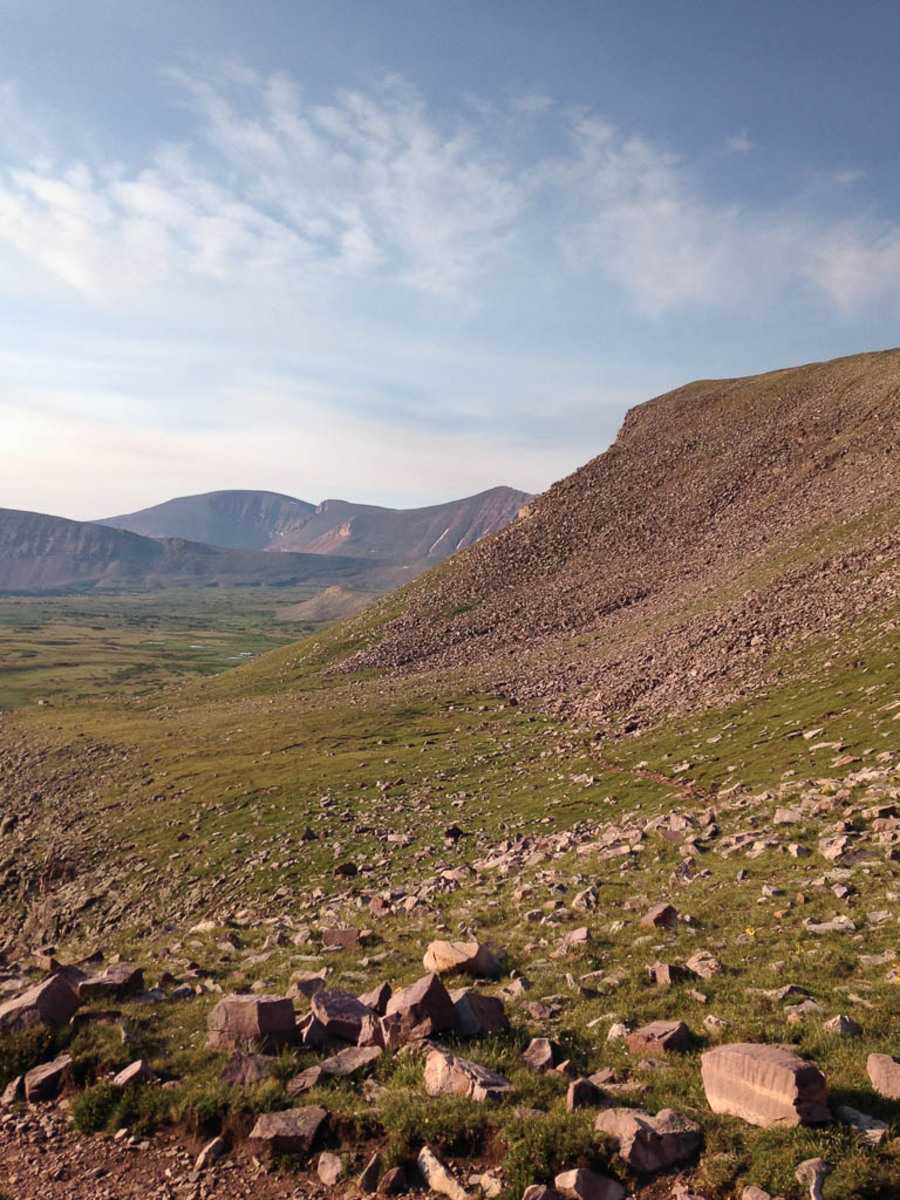 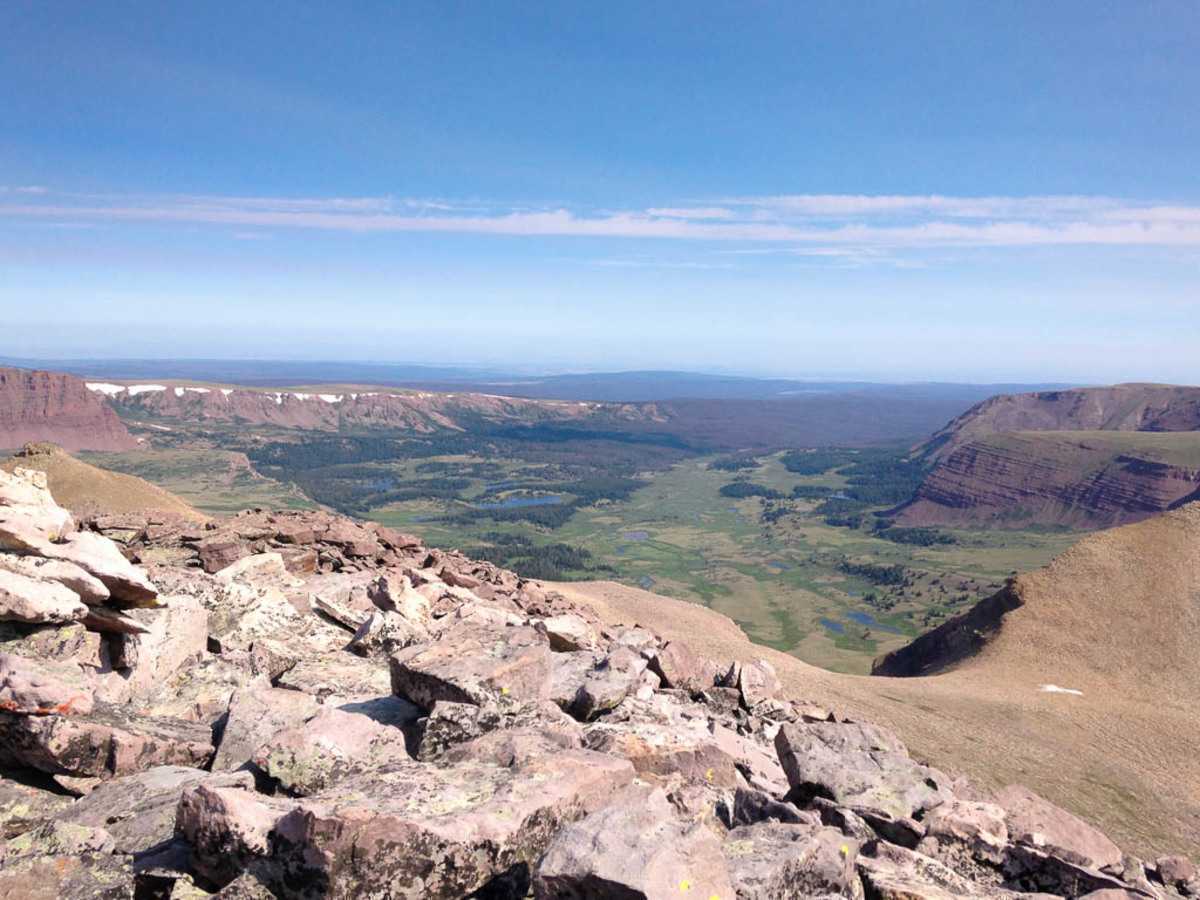 At the top of Anderson Pass, getting ready to start climbing the boulder field to the top of the peak. 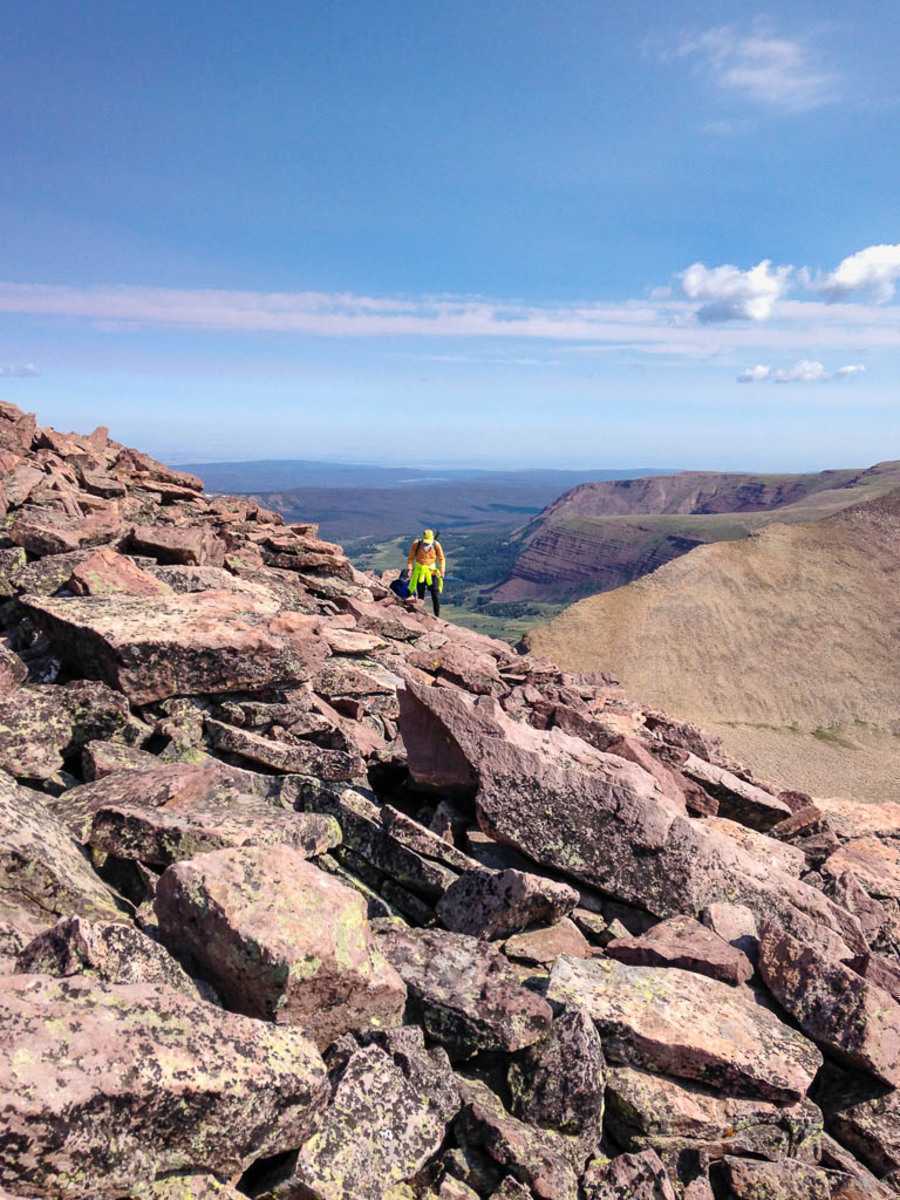 Starting to climb the boulders as we approached Kings Peak. 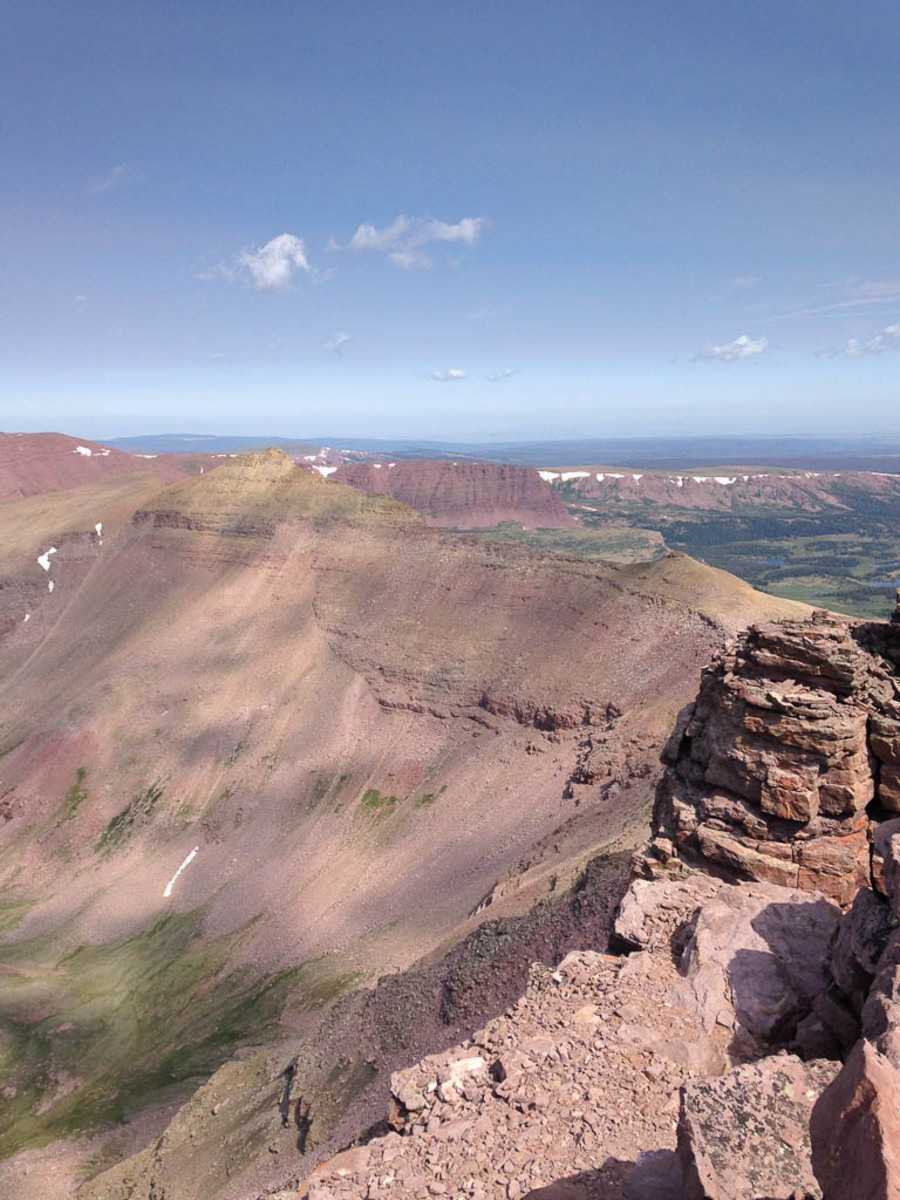 At the summit 13,527’, looking at the ridgeline down to Anderson Pass. 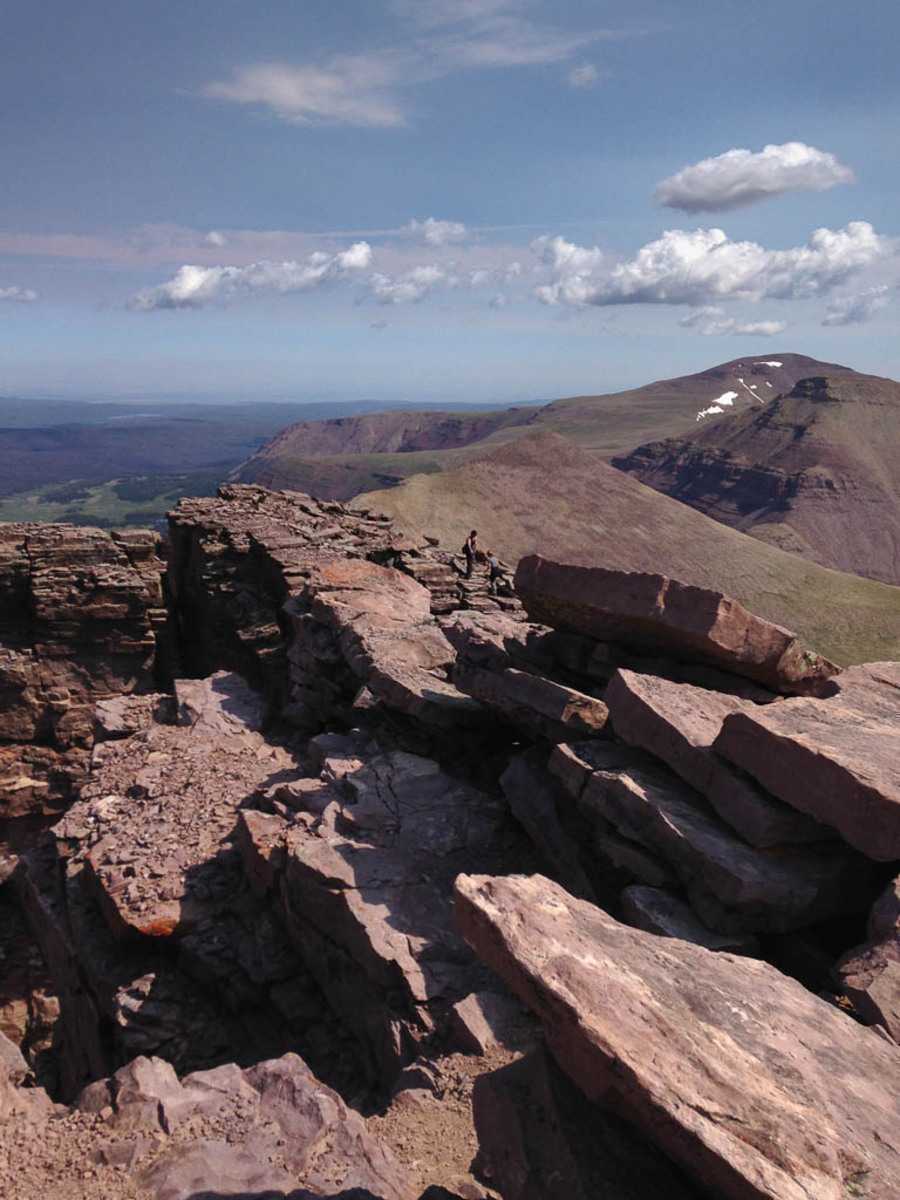 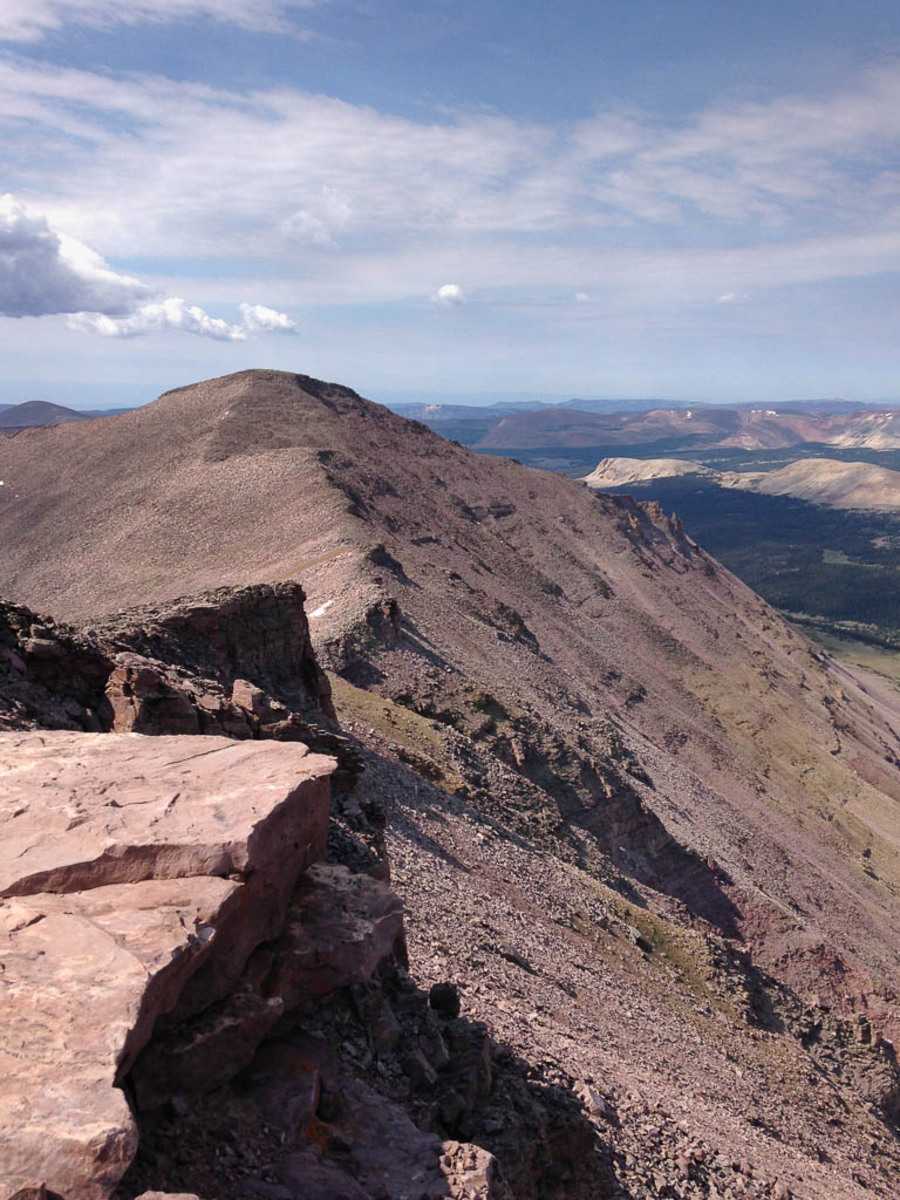 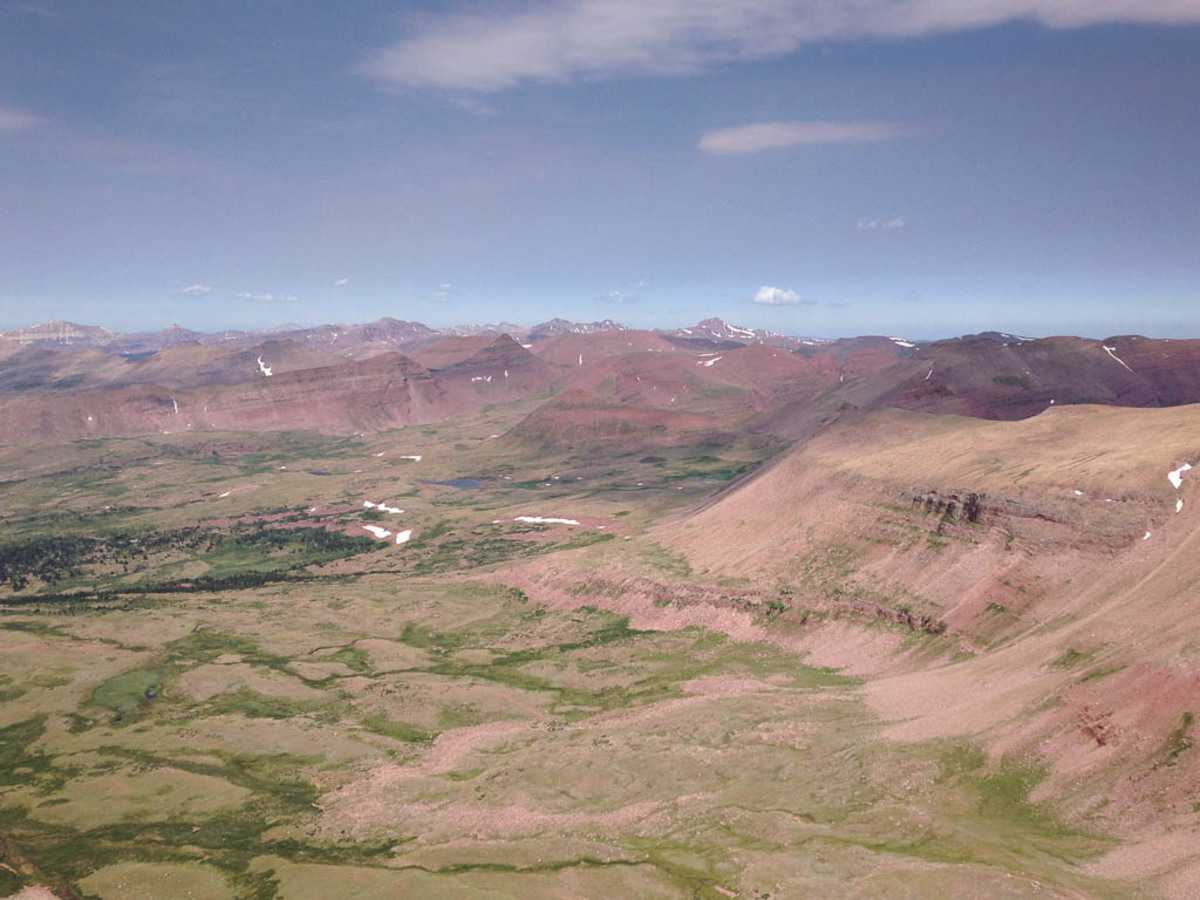 Looking toward the other peaks in the Uintahs. Several peaks had larger snow fields than Kings peak, even though they are not as high. 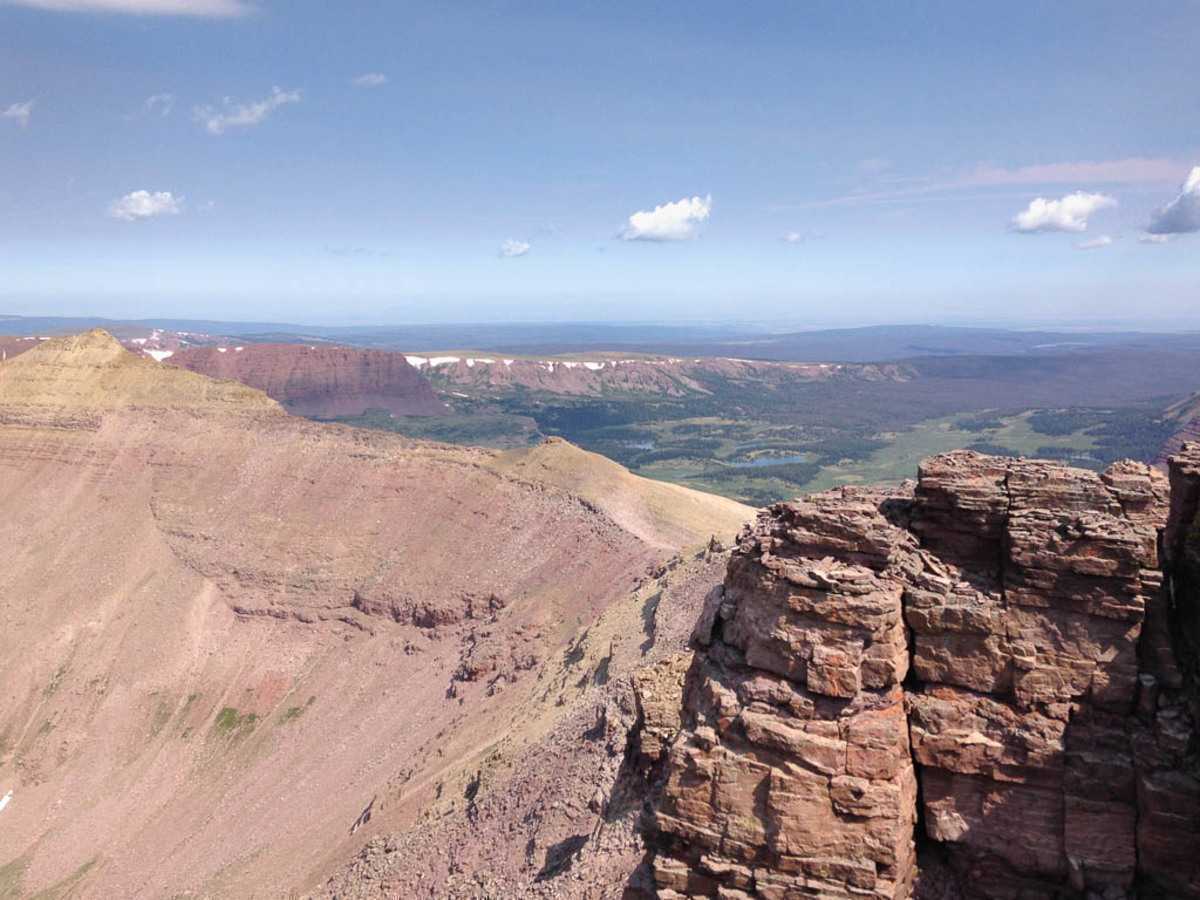 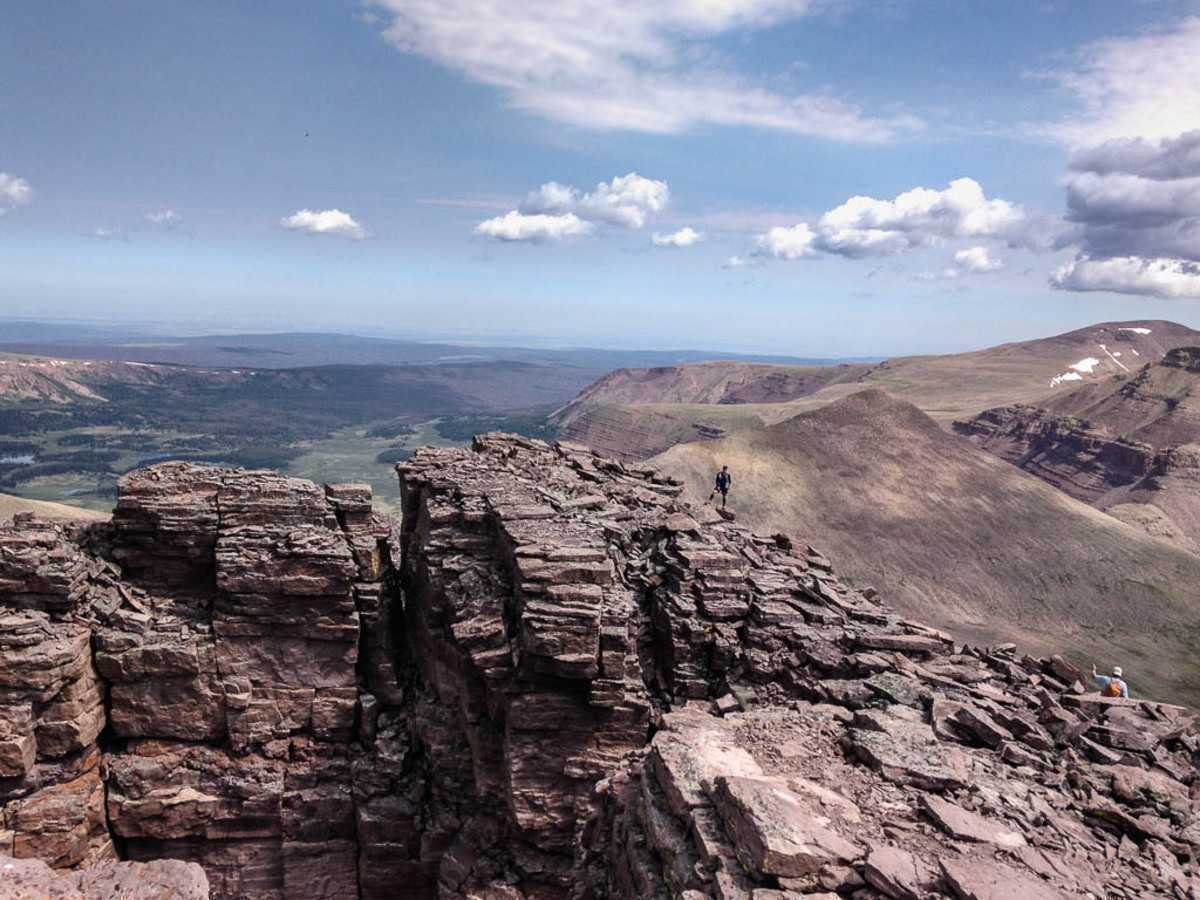 Don posing on the way down Kings Peak. The false summit just below the peak makes for some great photos. 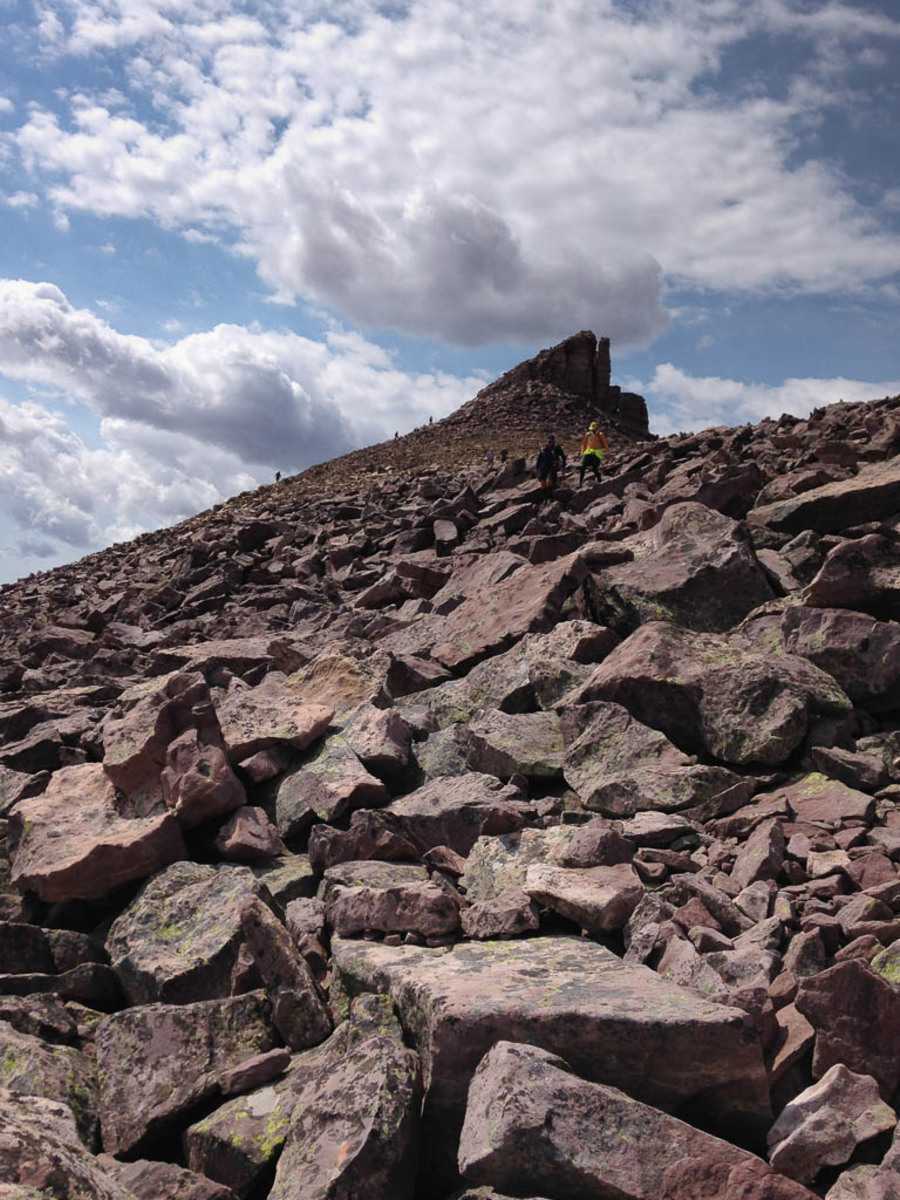 Coming down the peak is probably the most difficult part of the whole trip. It’s so tempting to cut downhill, but staying on the ridge longer makes for better travel. 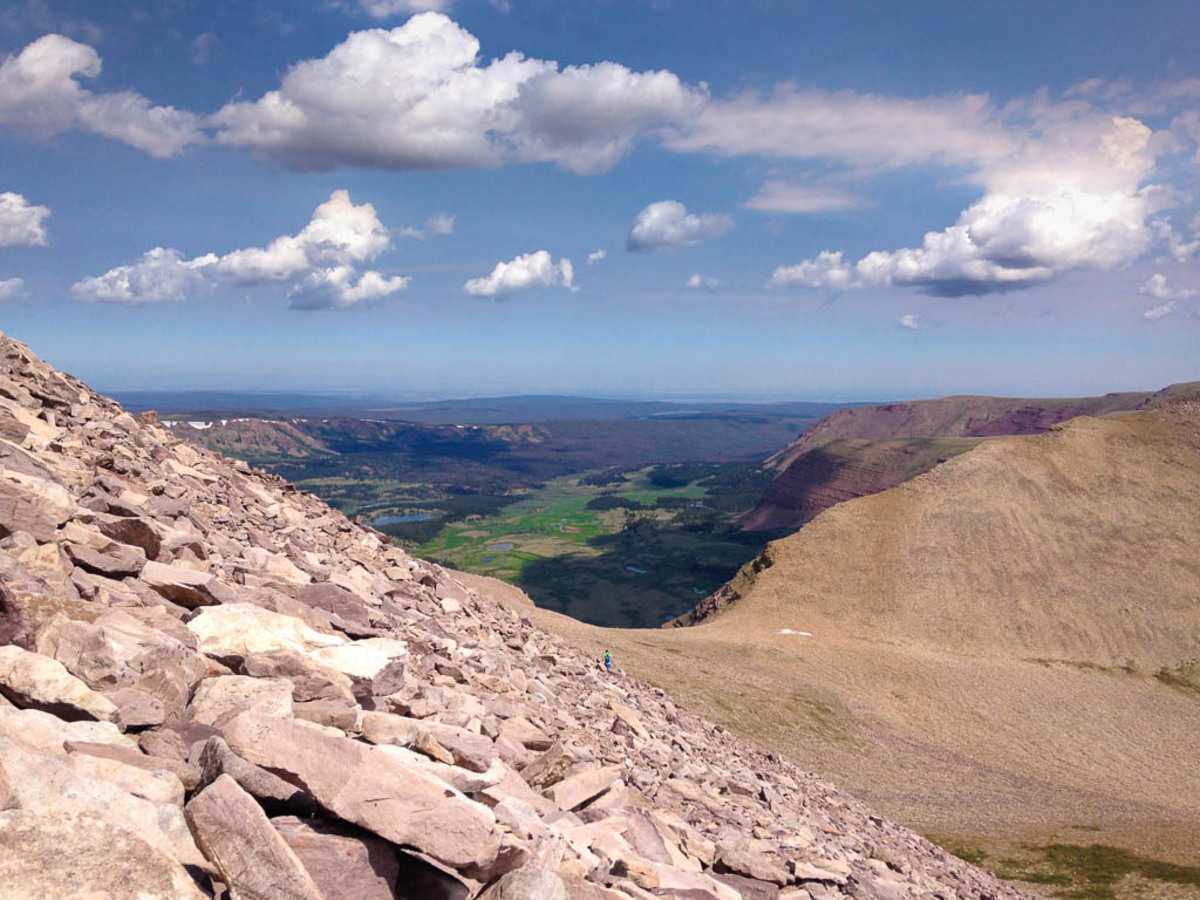 Getting closer to Anderson Pass on the way down. 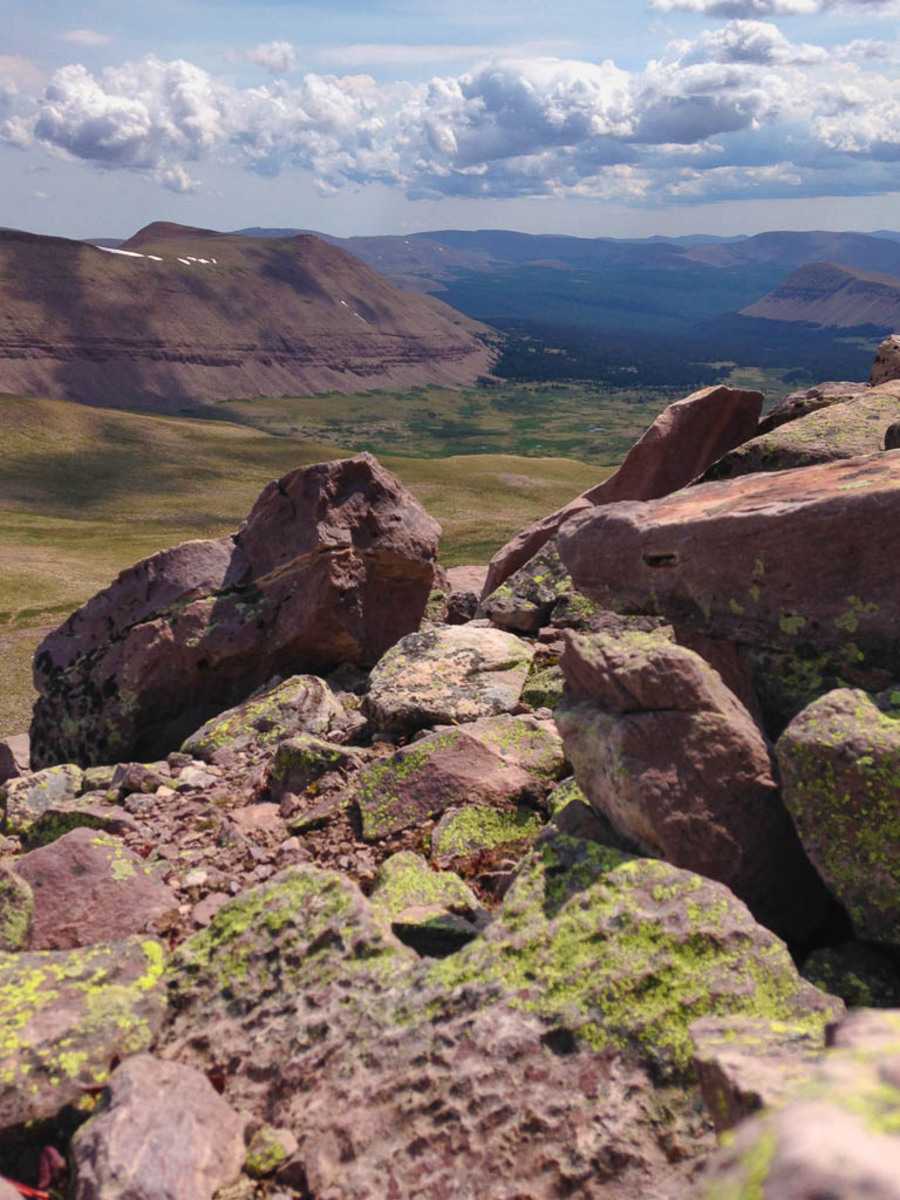 Just as we came off the peak, a few clouds started forming, looking like they could cause potential thunderstorms in the afternoon. 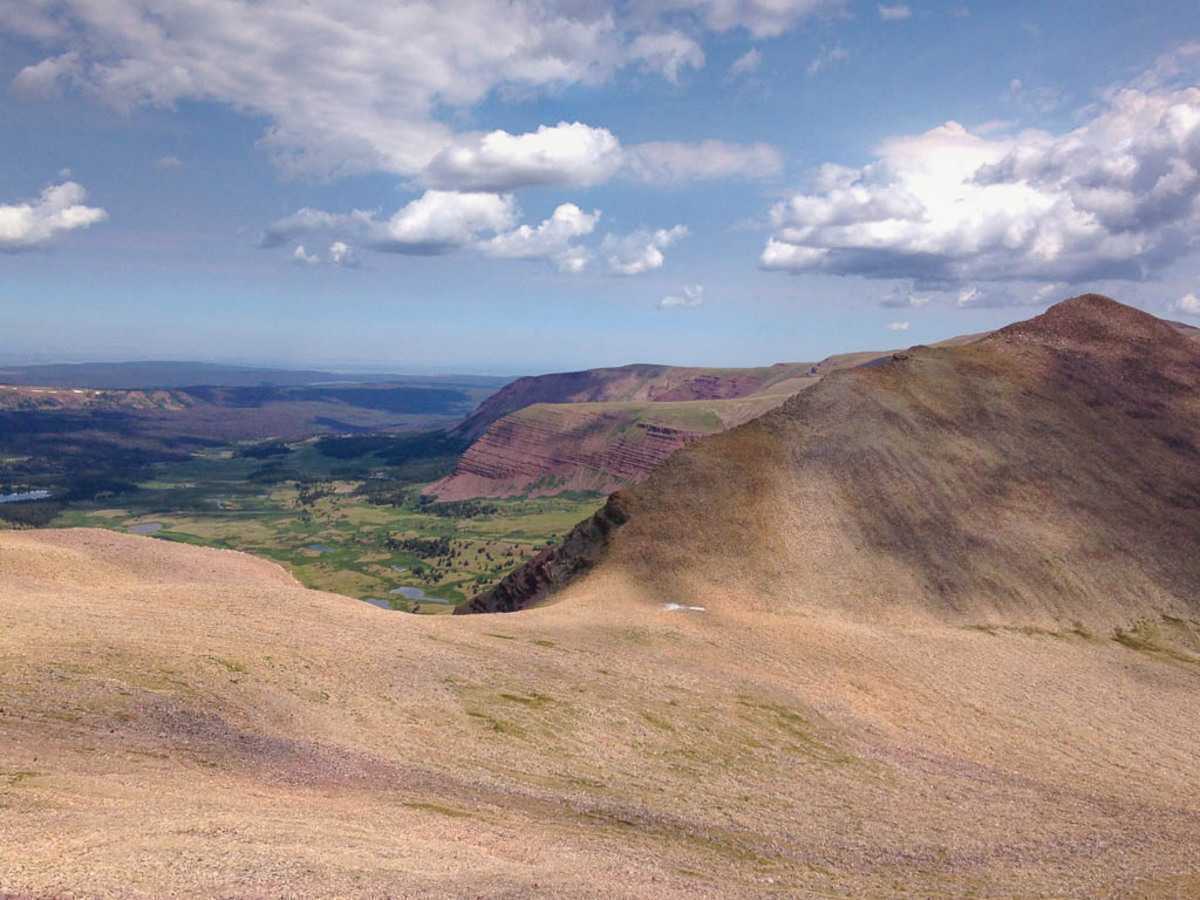 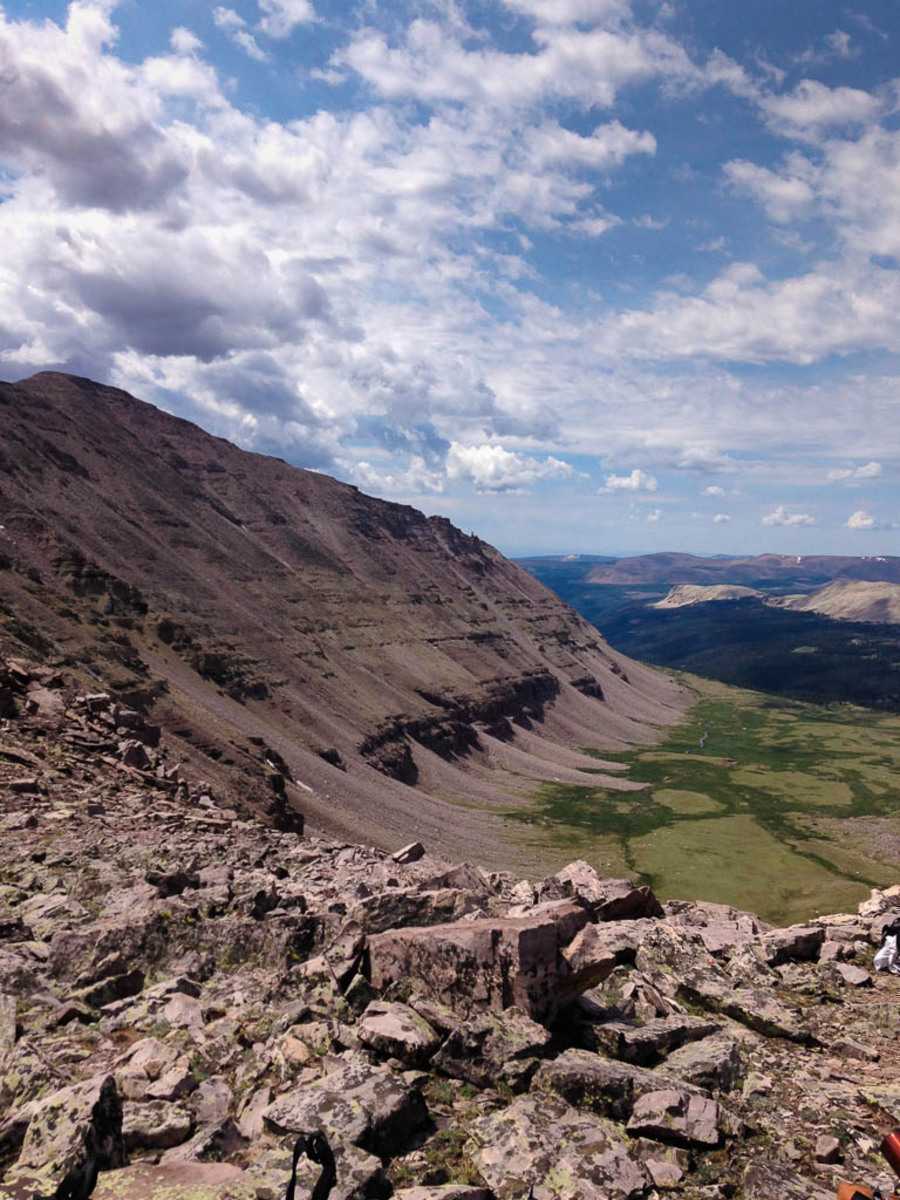 I continue to be blown away by how beautiful the views are at this place. 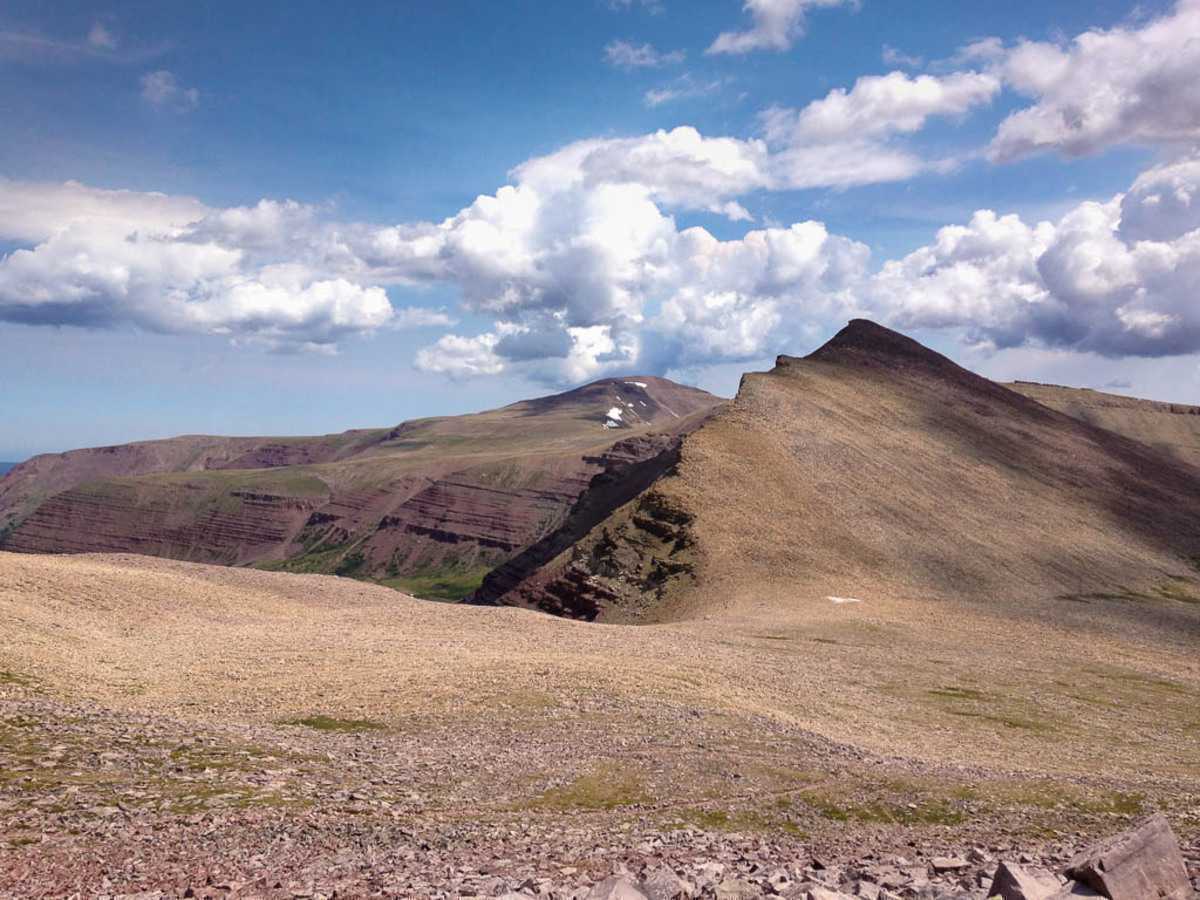 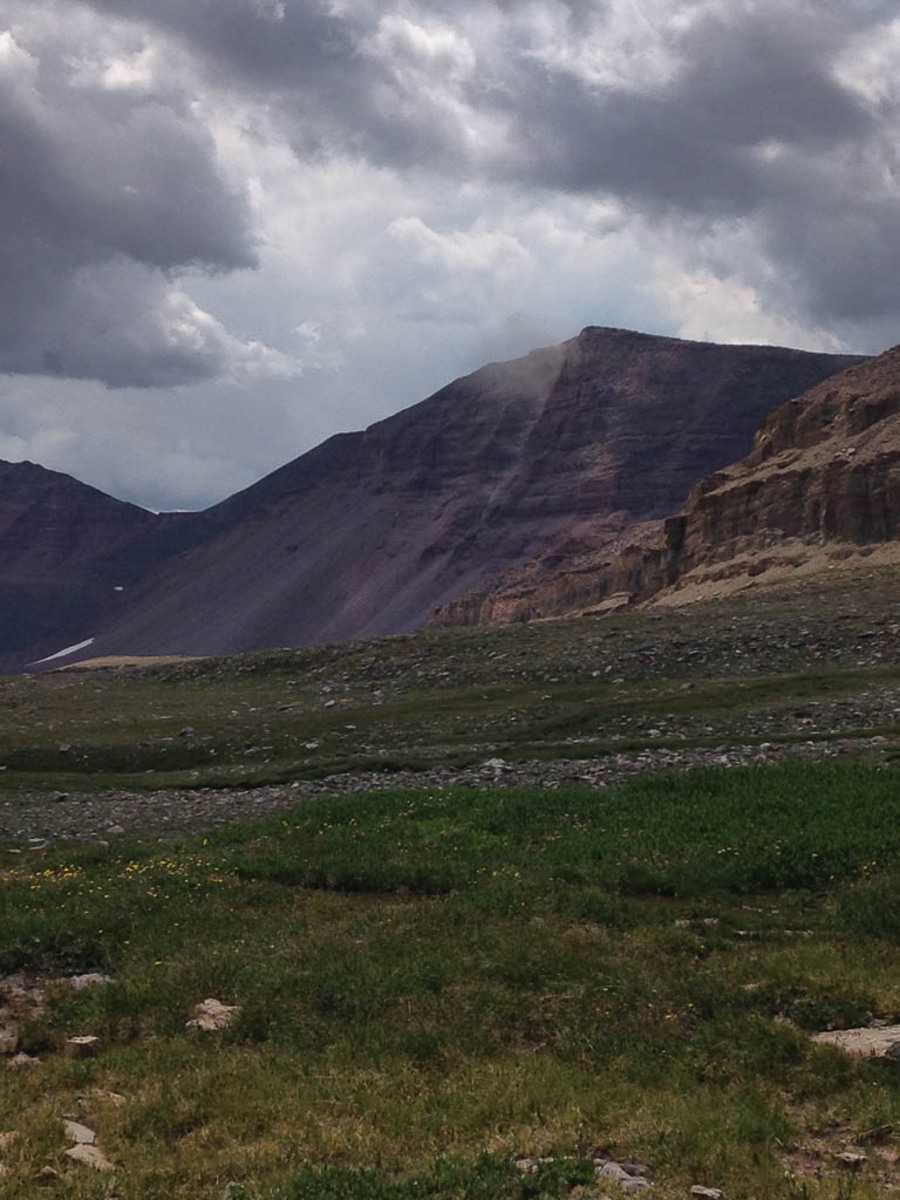 A large rockslide came off one of the peaks putting up a large dust cloud. 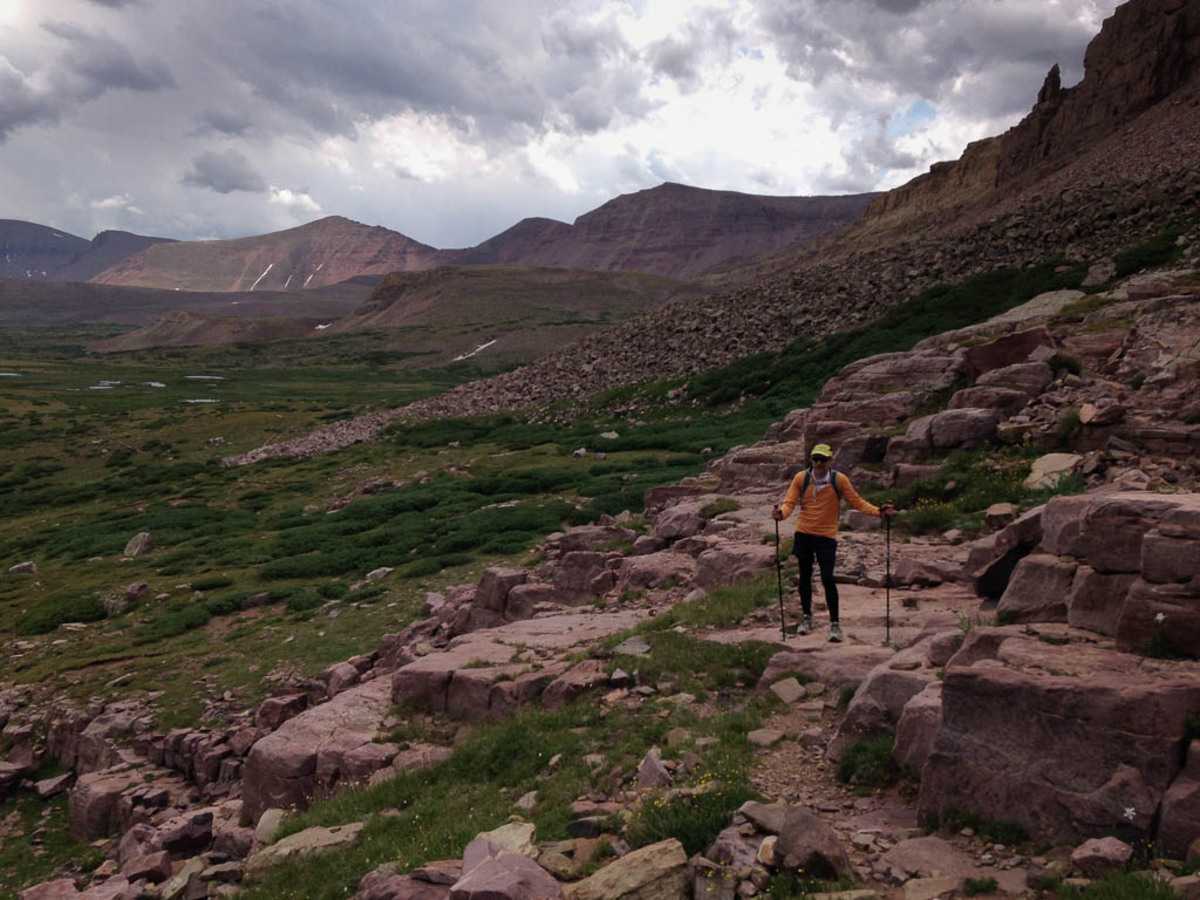 Marc taking a break as we head through Painter’s Basin, taking the long way back to Gunsight pass. 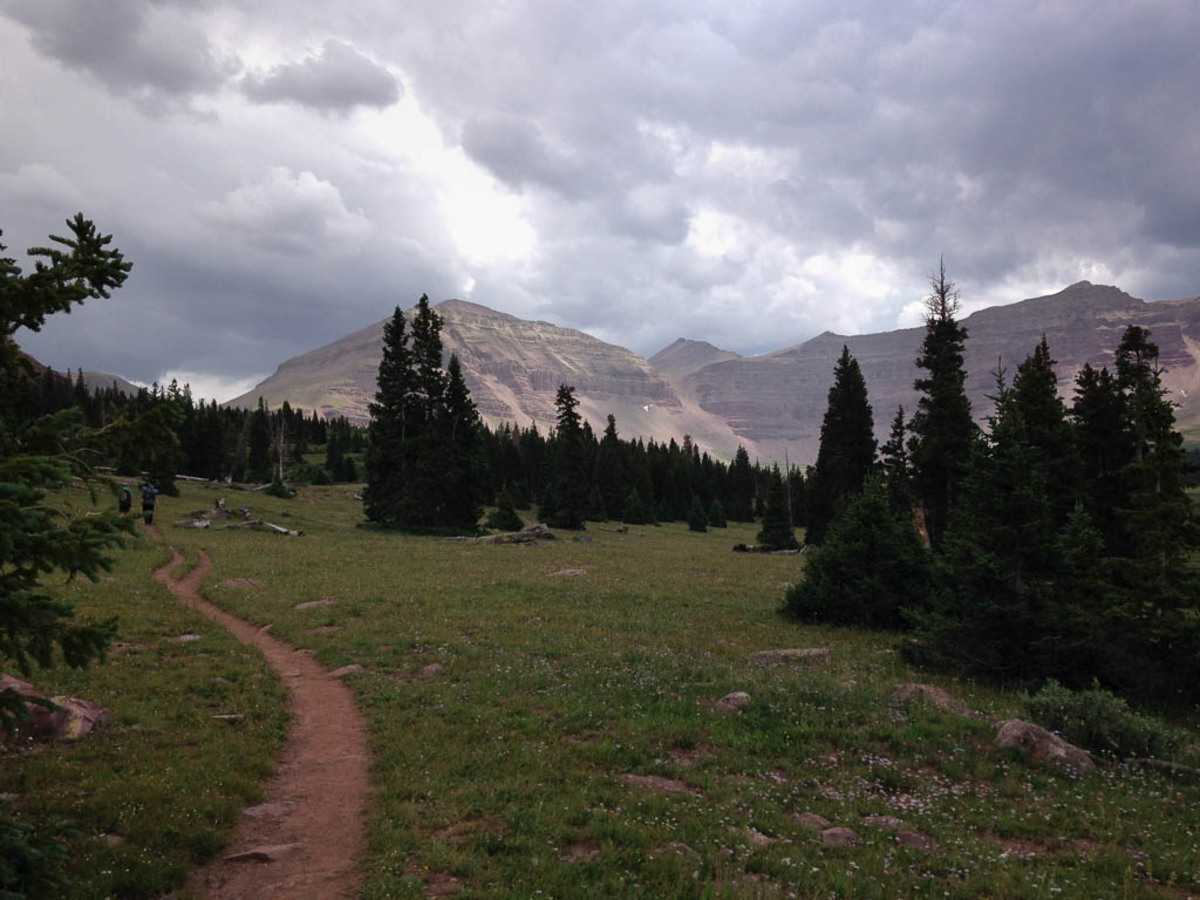 A last look back at Kings Peak from Elkhorn crossing. We were at mile 23 or 24 at this point, with 6 more miles to go. 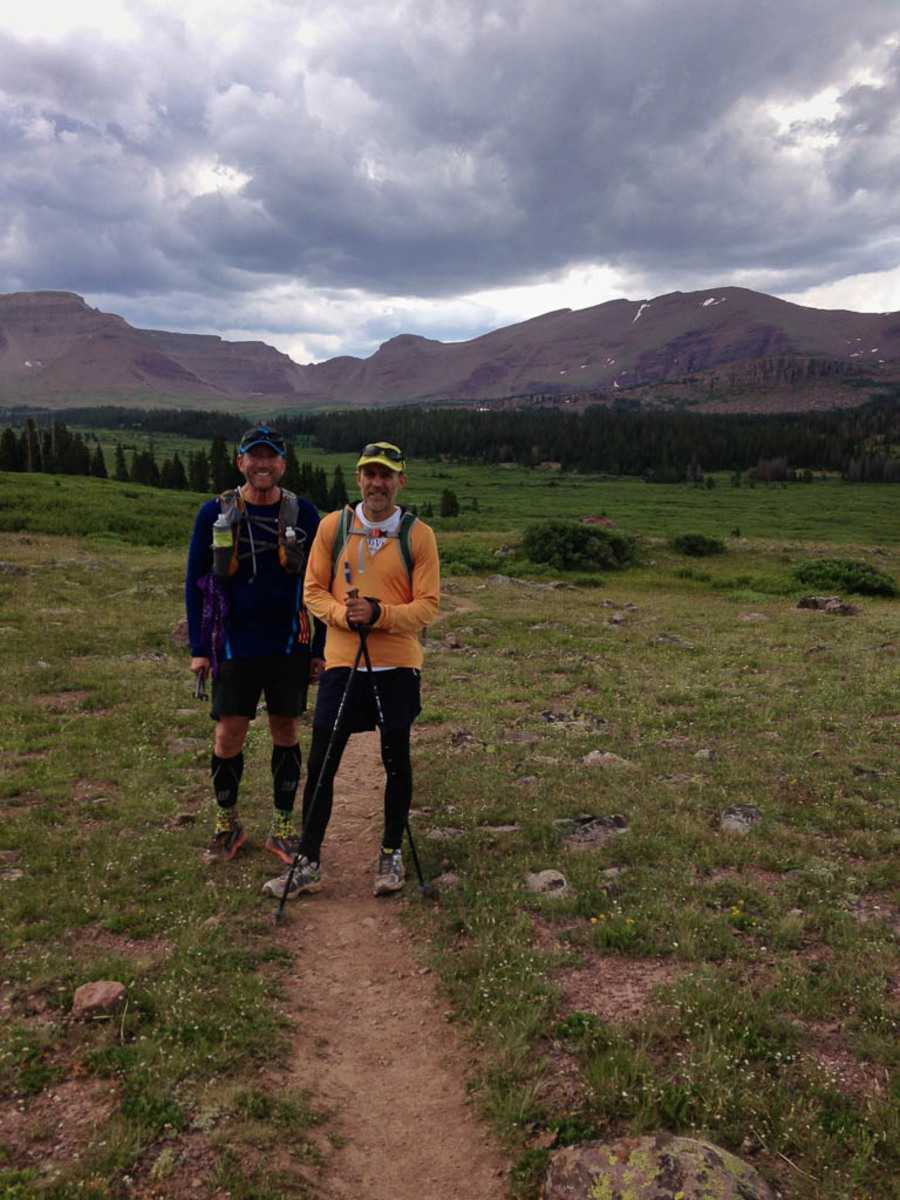 Marc and Don posing for one last photo with the mountains in the background.