Labryinth canyon was named by John Wesley Powell during his expedition of the Green and Colorado rivers. He described the Labyrinth canyon section as a strange, weird, grand region of a world that was “hard to take in.”

I grew up in a family that paddled boats, rather than motored them. My dad purchased a number of canoes with the idea that he could rent or sell them, and that way we’d have canoes for us to use whenever we wanted. We spent lots of time in my teenage years paddling along the Green River.

The trip we always wanted to do, and didn’t get to do till now, was to float through Labyrinth canyon. This was a always a mystical section of river for me. 45-120 miles of flat water, slowly meandering through the Utah desert.

The desert is always interesting, and floating quietly and slowly through it is something everyone should experience. 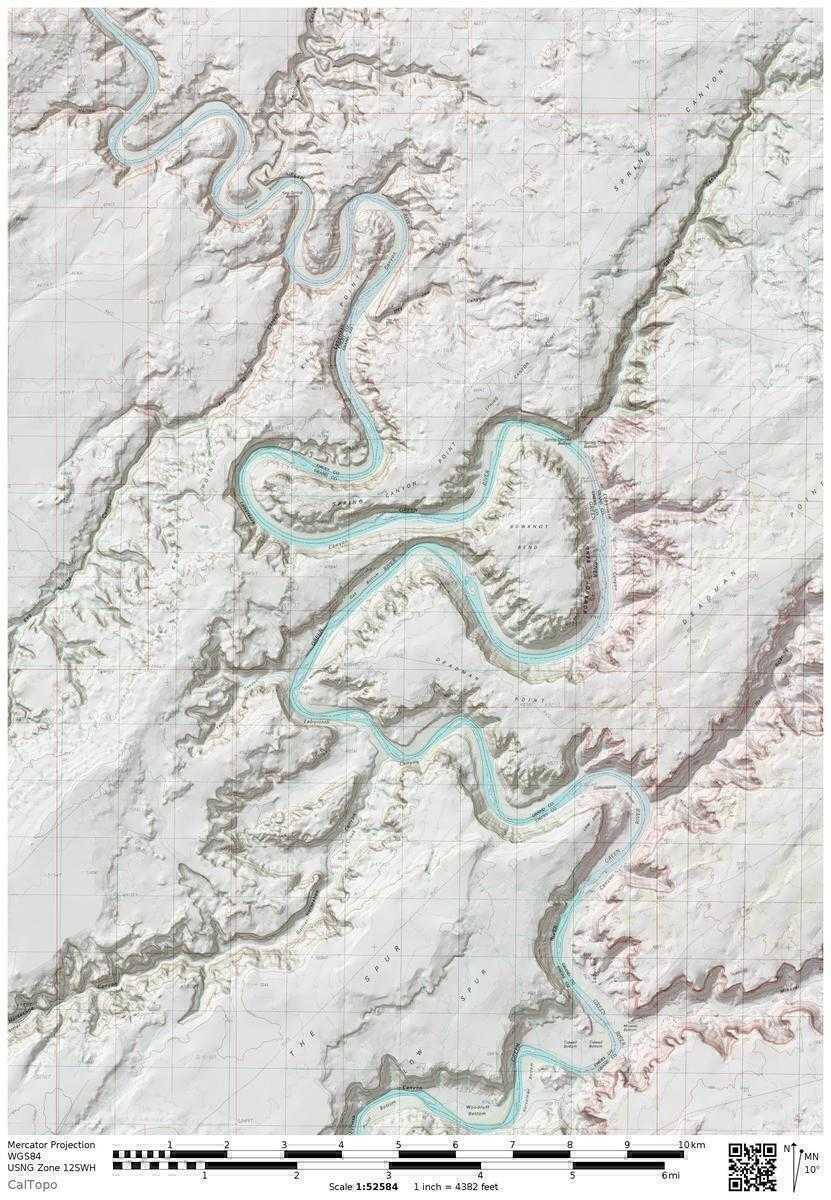 I’ve been using CalTop (http://caltopo.com) to create maps for adventures. It’s a great service, and lets you customize prints, add points, and get exactly the detail you want. 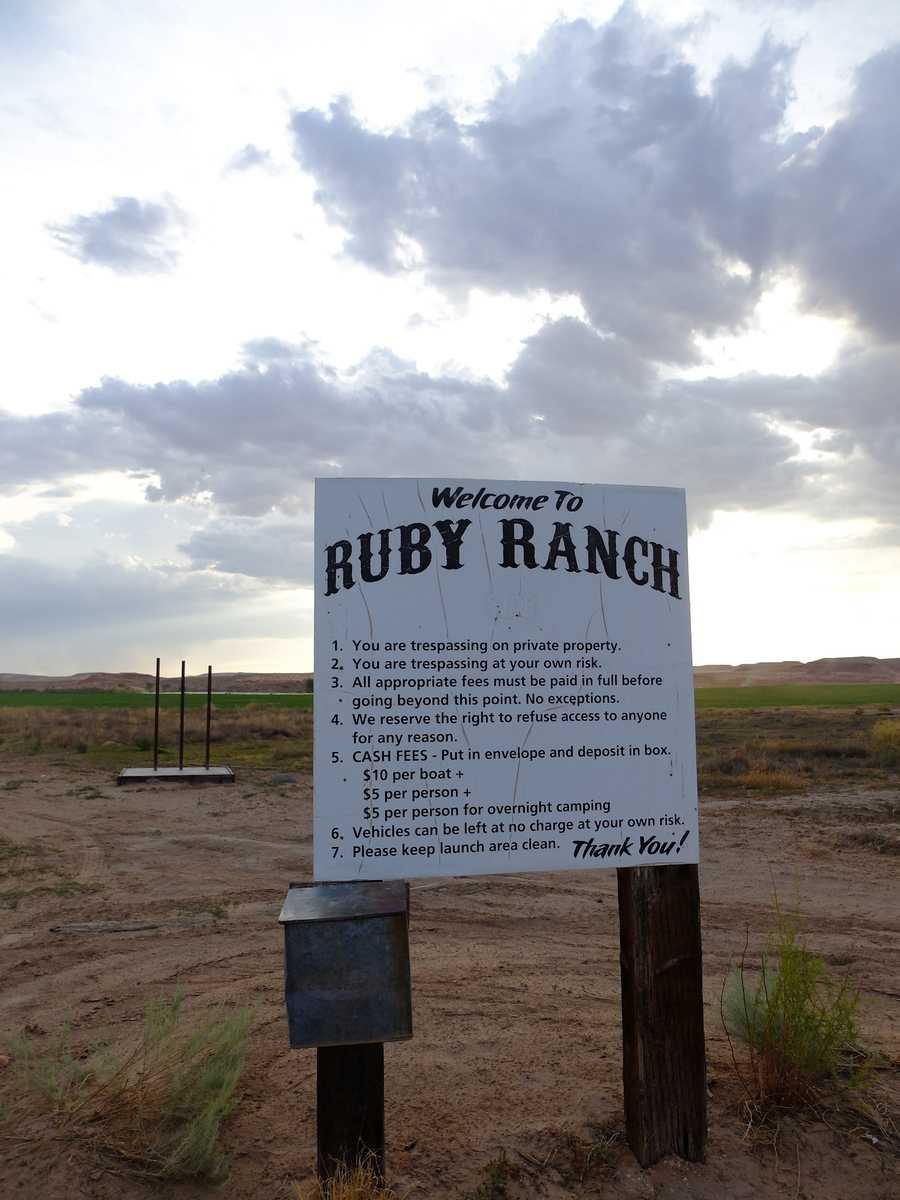 The sign and fee box at Ruby Ranch. This is after you cross two other closed gates with “no trespassing” signs. We were trespassing, but it’s ok?

Ruby Ranch is an oasis in the desert. Alfalfa fields are irrigated directly from the river, and it is a sea of green. It is private property, but the owners welcome river trippers who follow the rules fro camping and pay their fees. Things seemed to operate on the honor system, as there was not a secure box to place our fees. It felt a little strange to leave a hundred dollars in a metal box in the middle of nowhere. These little things, like trusting your visitors to not rip you off are one of the things I love about exploring the rural west. 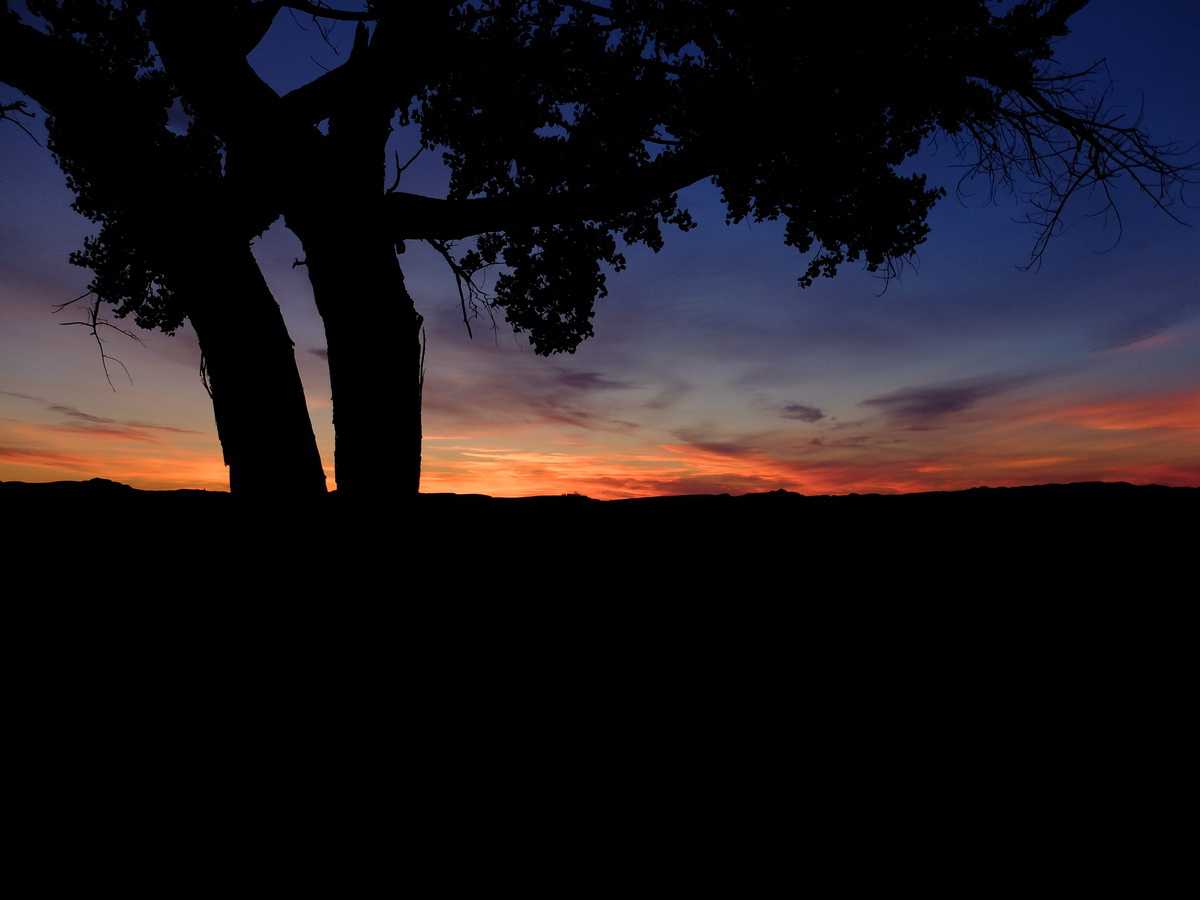 Nothing kicks off a trip like a beautiful sunset on the first night. It was hot, and we were tired from days of preparation and a four-hour drive to arrive at our put in. I hung my hammock, and enjoyed the peaceful sound o the river, crickets, and watched the sky turn into a beautiful starry night away from the city. 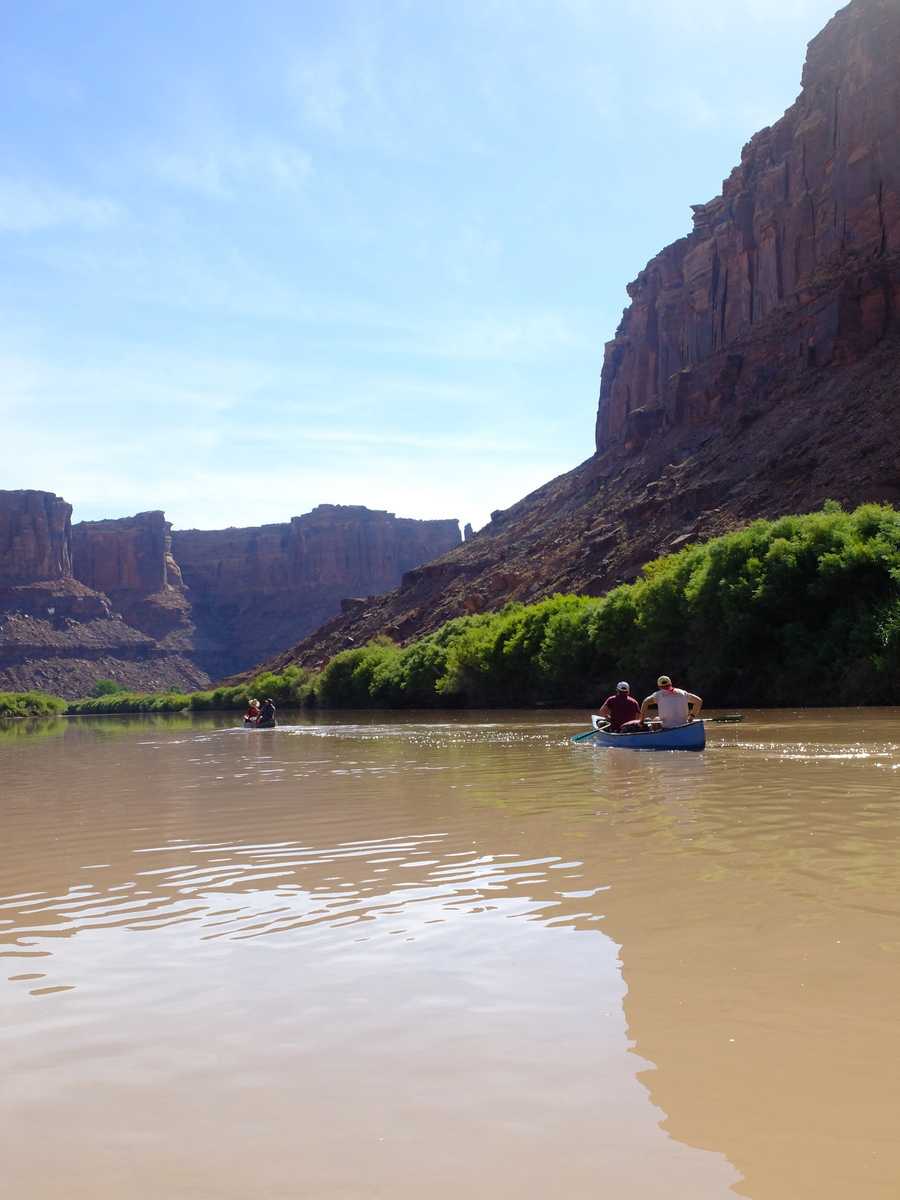 We wanted to get an early start on the river. We had a group of inexperienced youth, and none of us had done this section of river so we didn’t know what to expect in terms of how much mileage we would be able to cover each day. Most estimates said it would take 3-4 days to float this section of river. We had planned for 3, so we didn’t want to get behind the first day. We also wanted to get a head start so that we could find good campsites along the way if other groups started after us. 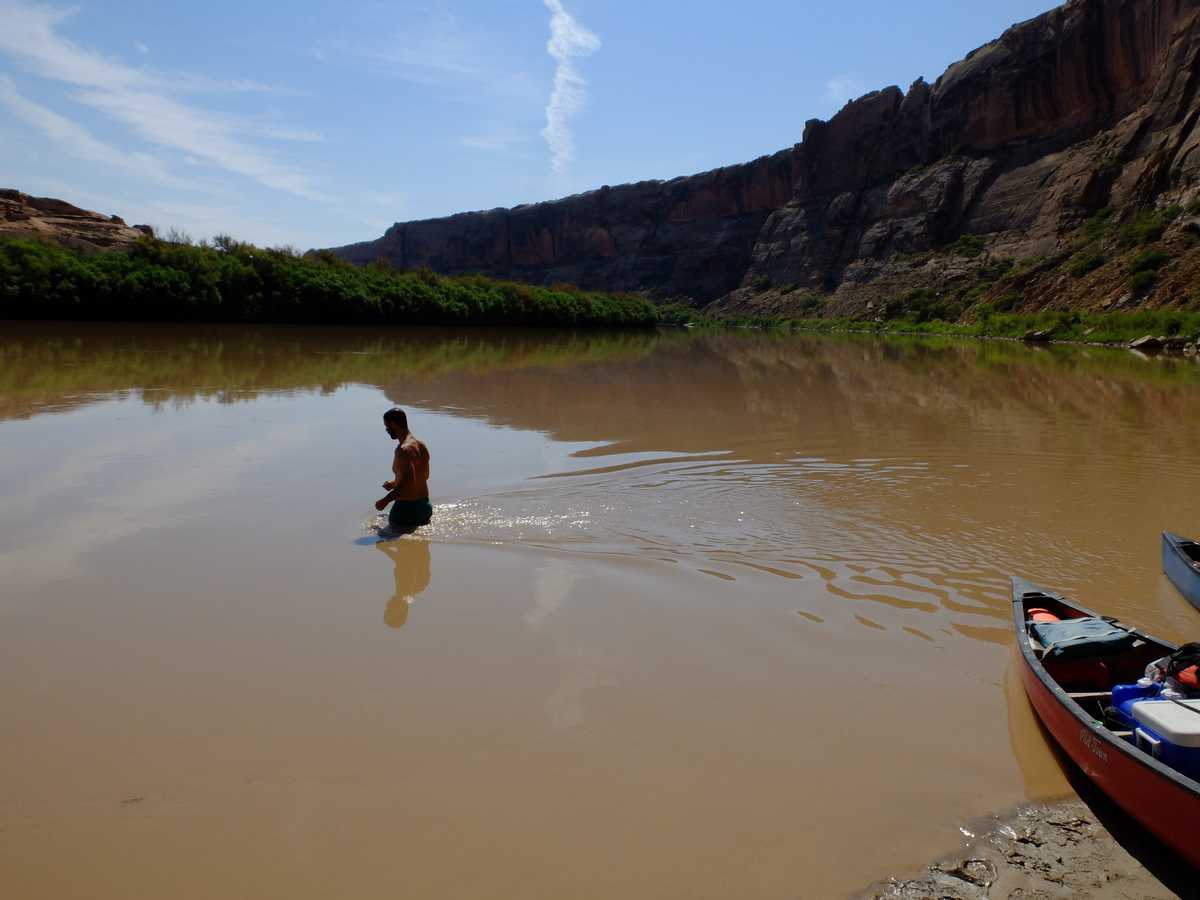 Our first stop was at Three Canyon. It was only about 8:00 am, but we were ready for a swim. The water on this section of the green is full of silt, and appears to almost have the consistency of chocolate milk. In most cases, you wouldn’t want to get in, but the heat quickly made the dirty water a non-issue. 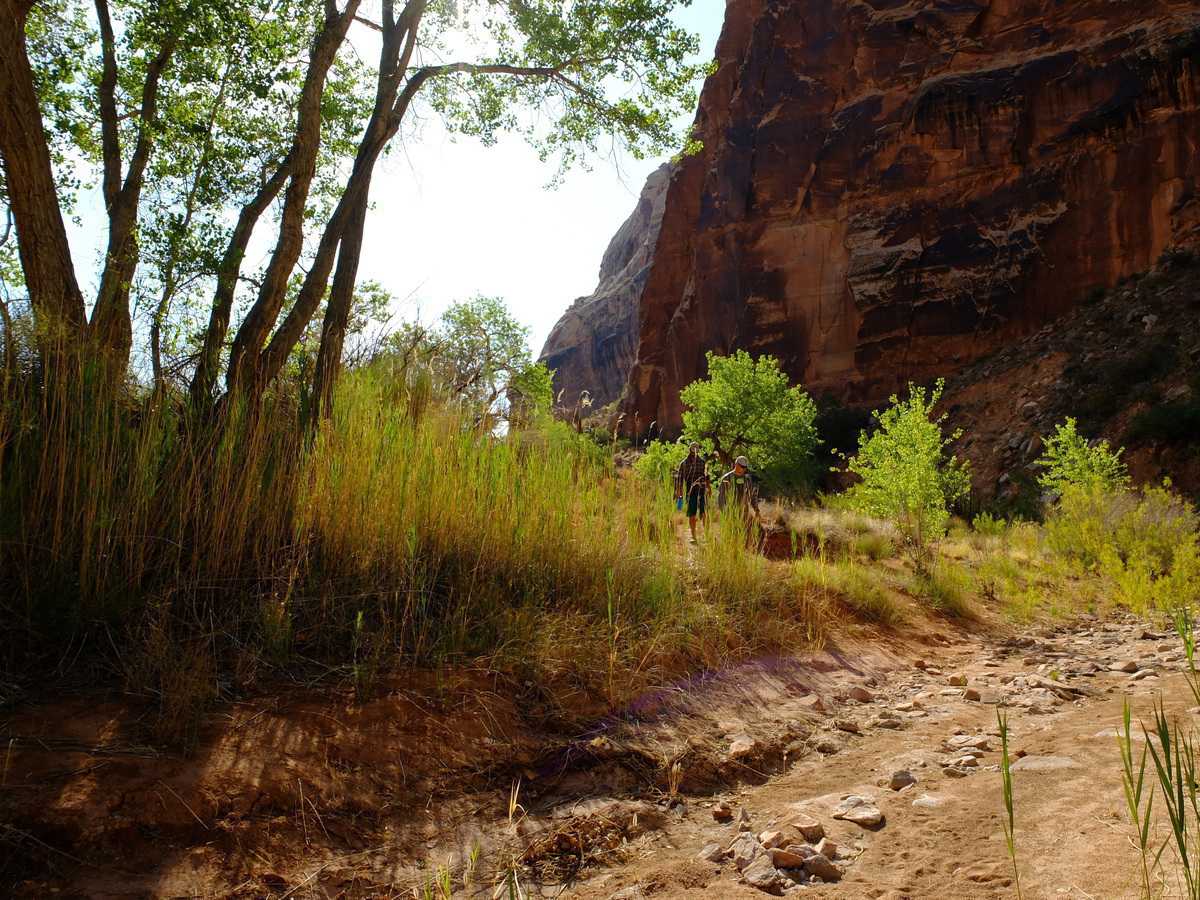 In the late fall of 2017, I took a canyoneering trip down into Three Canyon, and had to exit in the dark. I wanted to find the exit trail that one would take in the daylight hours. I remember that the exit was a little bit sketchy, and maybe a lot sketchy in the dark, including some 5.6 climbing with the only holds being a couple moki steps. I couldn’t find the path in the daylight either and gave up due to lots of poison ivy in the bottom of the canyon. 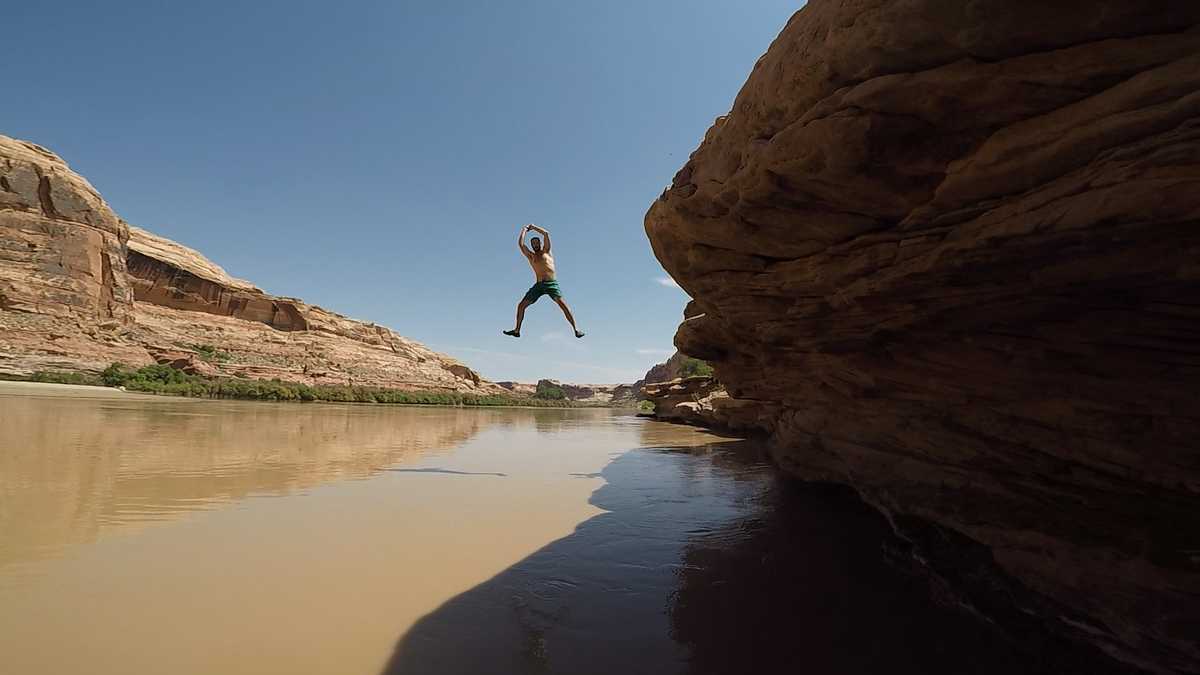 The July heat can be overwhelming, so it’s comforting and fun to be surrounded by water. We found a nice shelf with deep-ish water that made for a good swimming hole, with a bit of cliff jumping. It no longer mattered how dirty the water looked, we were getting in. 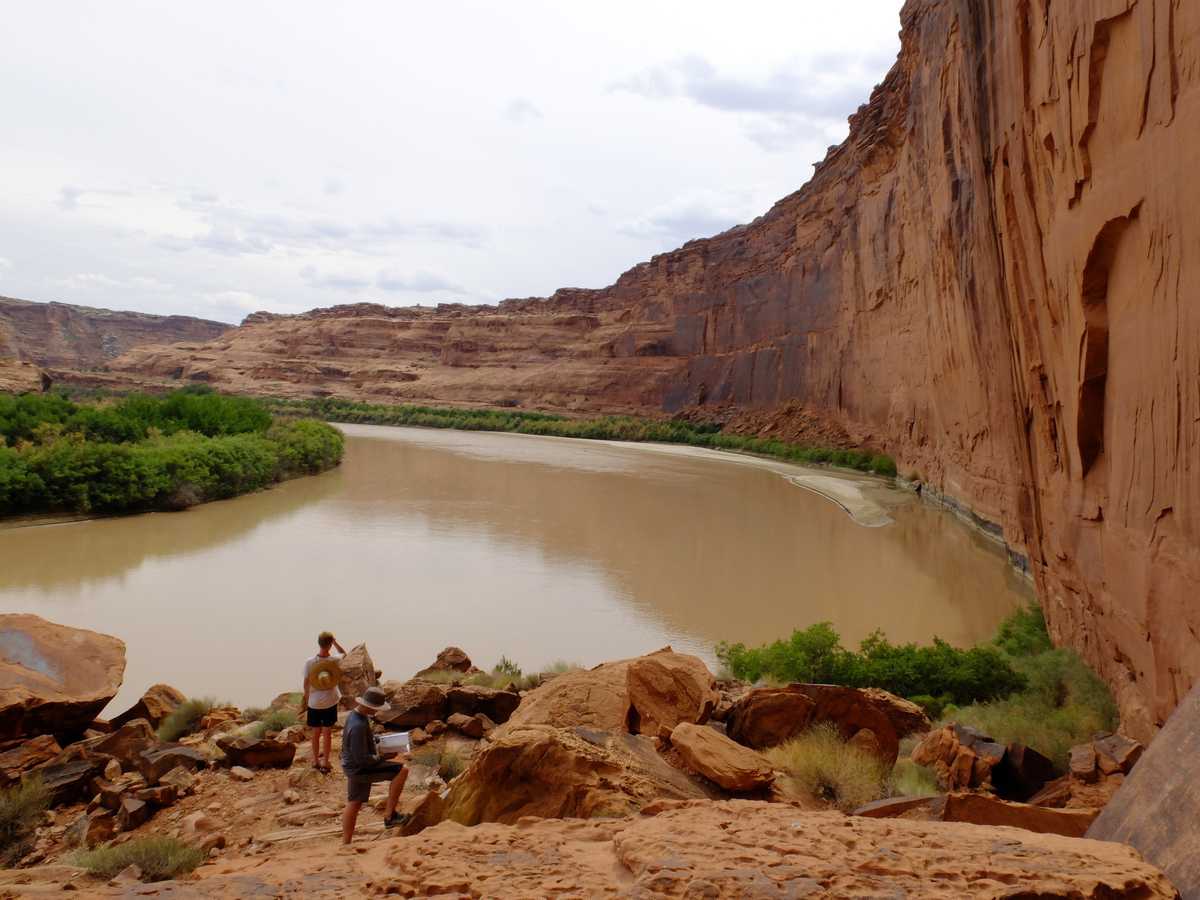 Register rock is a location along the river where people have decided to leave their mark. There are names carved in the rock everywhere, including a number of historically significant inscriptions. I’m not sure how I feel about this just yet. I’d rather keep the views and rock natural, but I also enjoyed seeing the creative inscriptions. 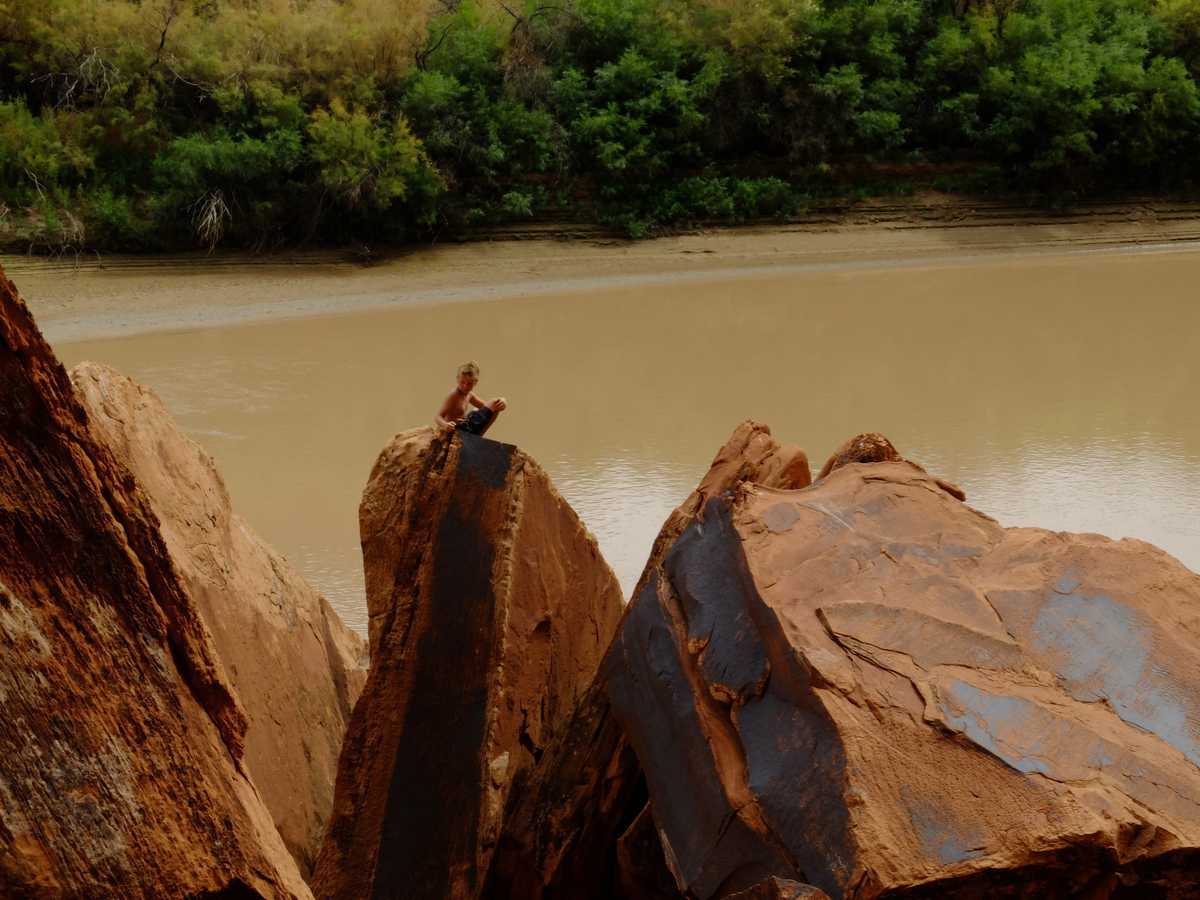 Paxton enjoyed the time to climb some rocks and overlook the river. 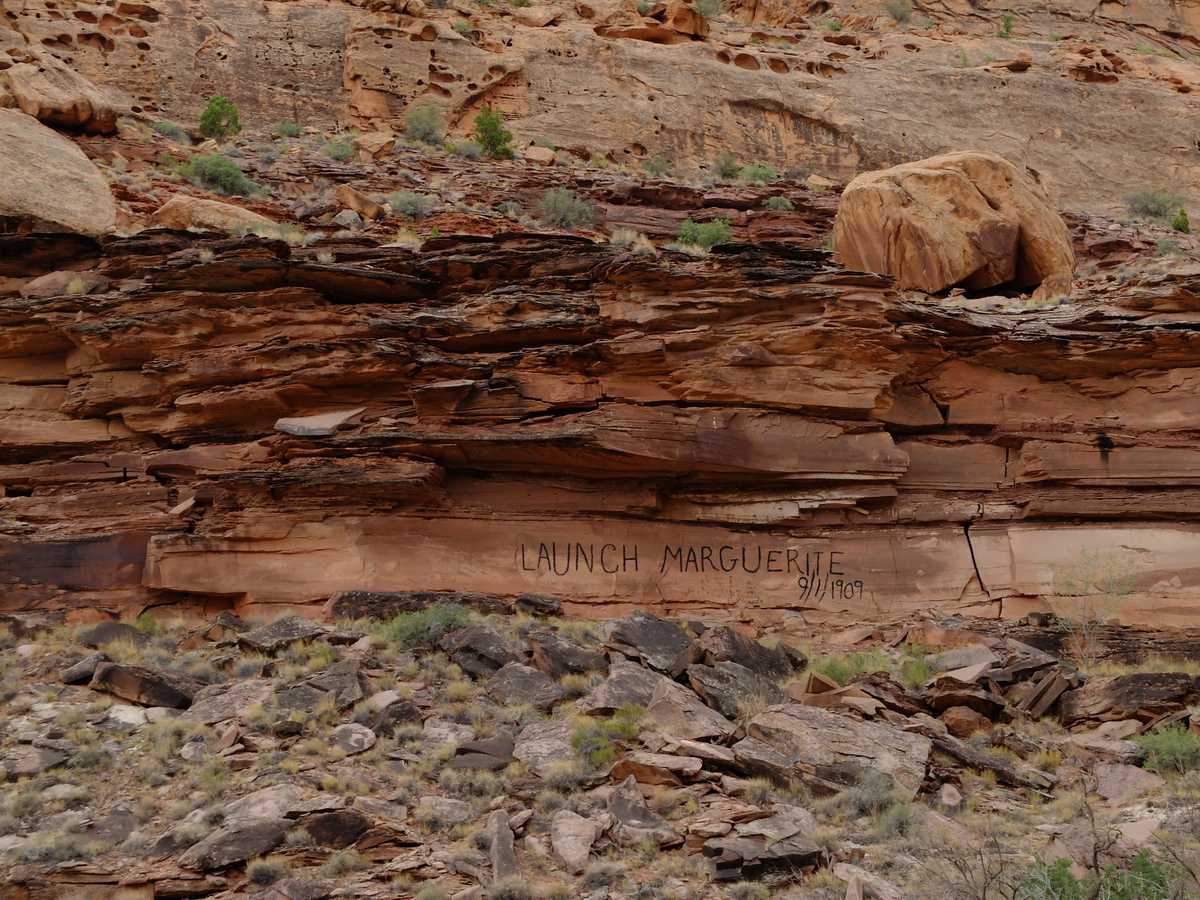 Along the river, there are several historical inscriptions from early explorers or trappers who traveled down the river. 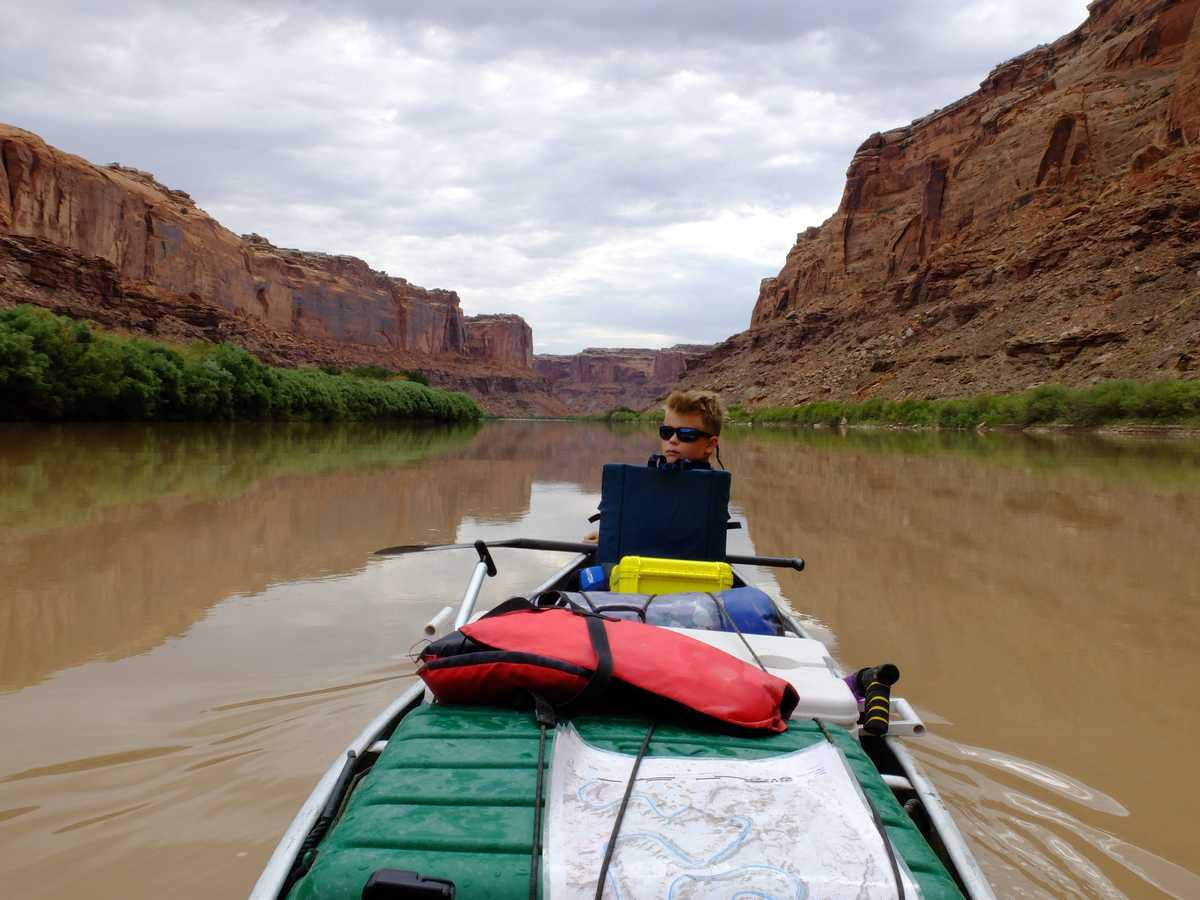 After a few days, you begin to lose yourself in the rhythm of river. The first day we seemed to be in a hurry to get to the next destination or campsite. After 10 hours on the river, you realize what your pace is, and how much effort you don’t need to put in. Just floating with an occasional paddle to avoid a sandbar became the the norm. If it got too hot, we’d get in the water and float along the side of the canoe. 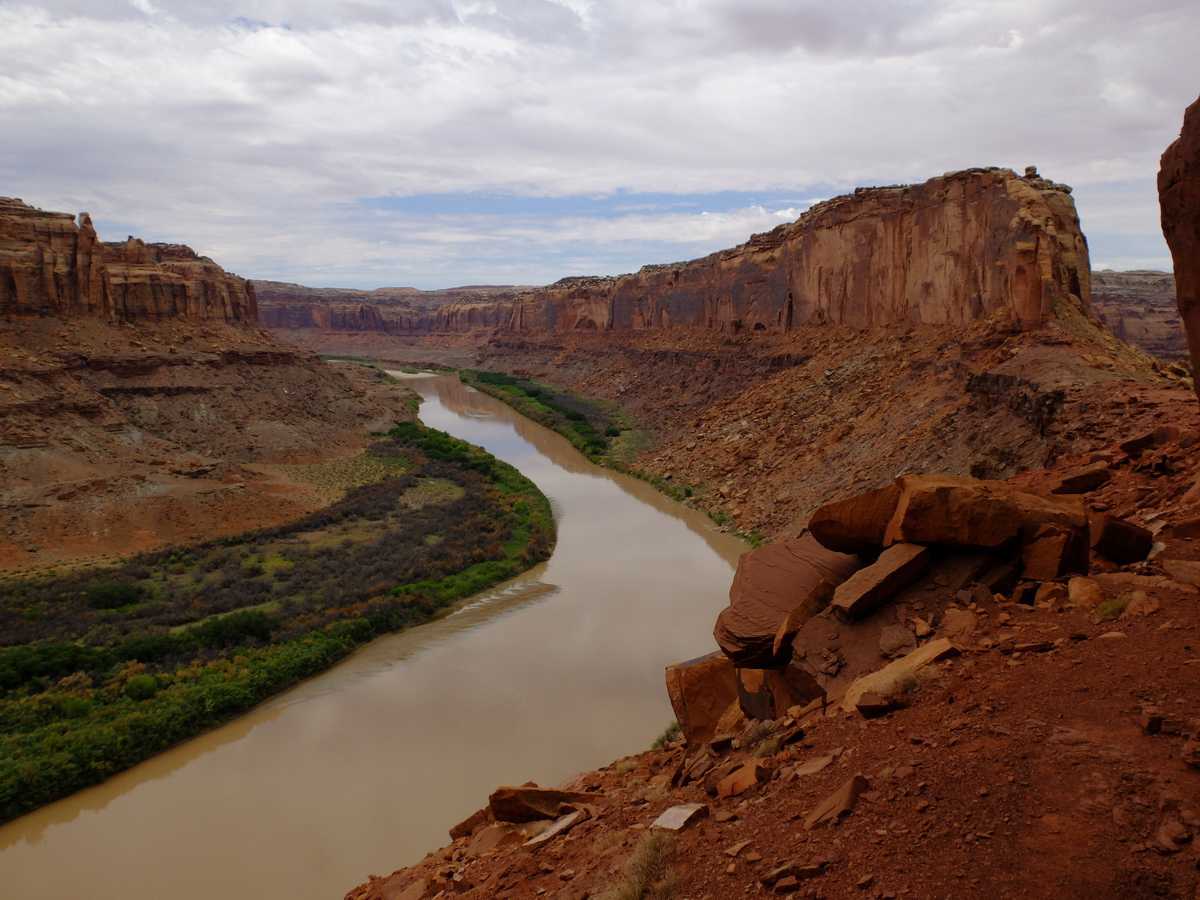 One of the striking features of the trip is Bowknot Bend. A section where the river meanders 7 miles of sandstone cliffs and comes within just a few thousand feet of itself at the “knot.” There’s a weakness in the cliff, and an easy hike to the ridge lets you overlook the bend, and the section of the river you’ll arrive in a few hours when you continue your float. 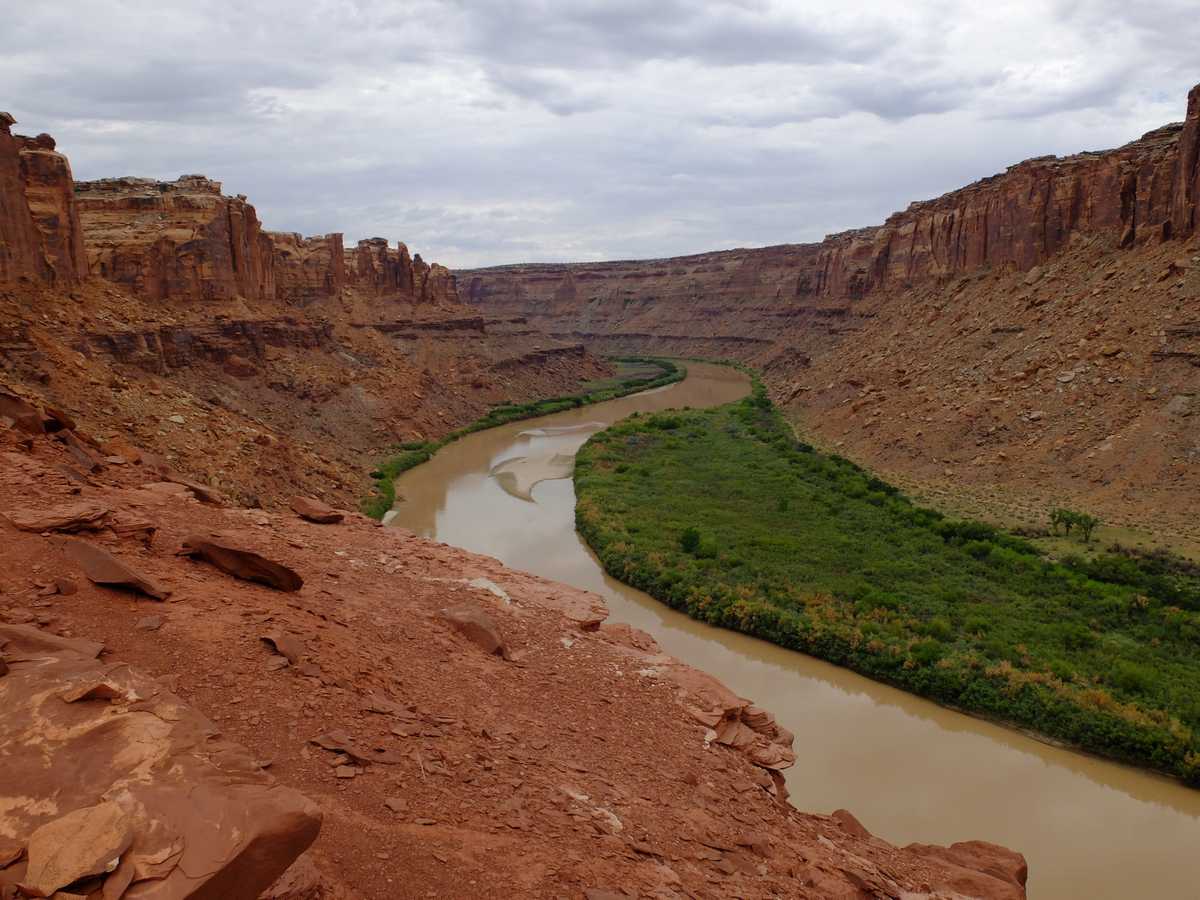 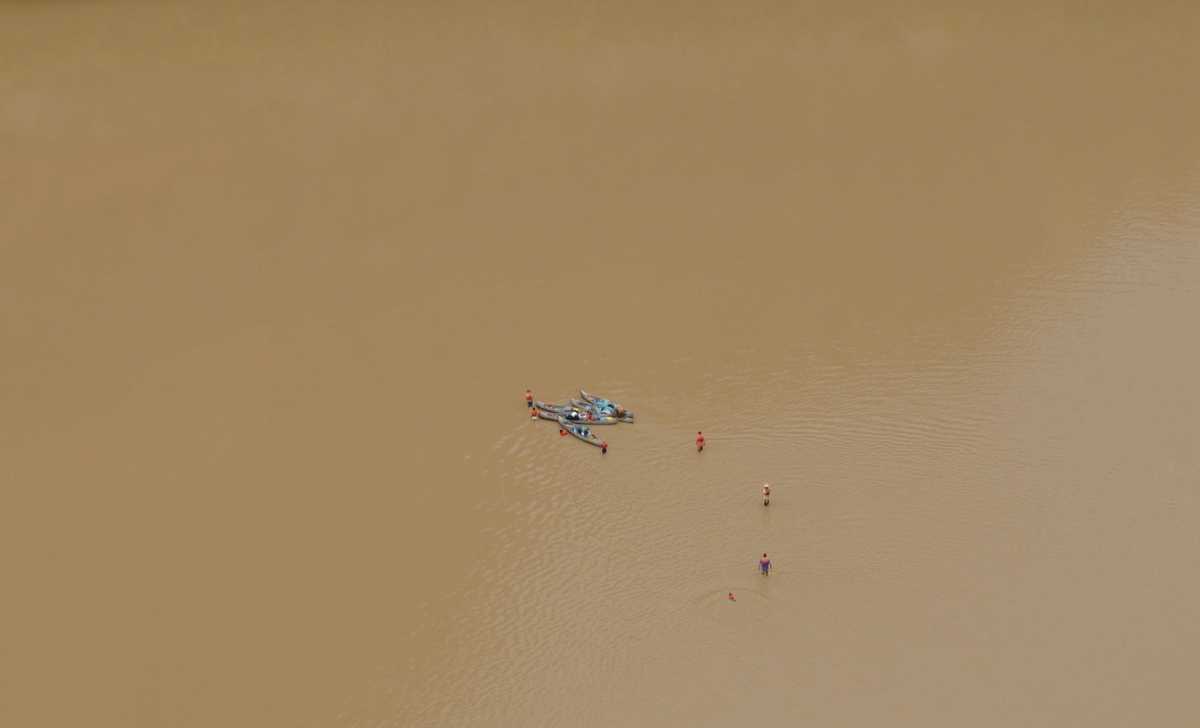 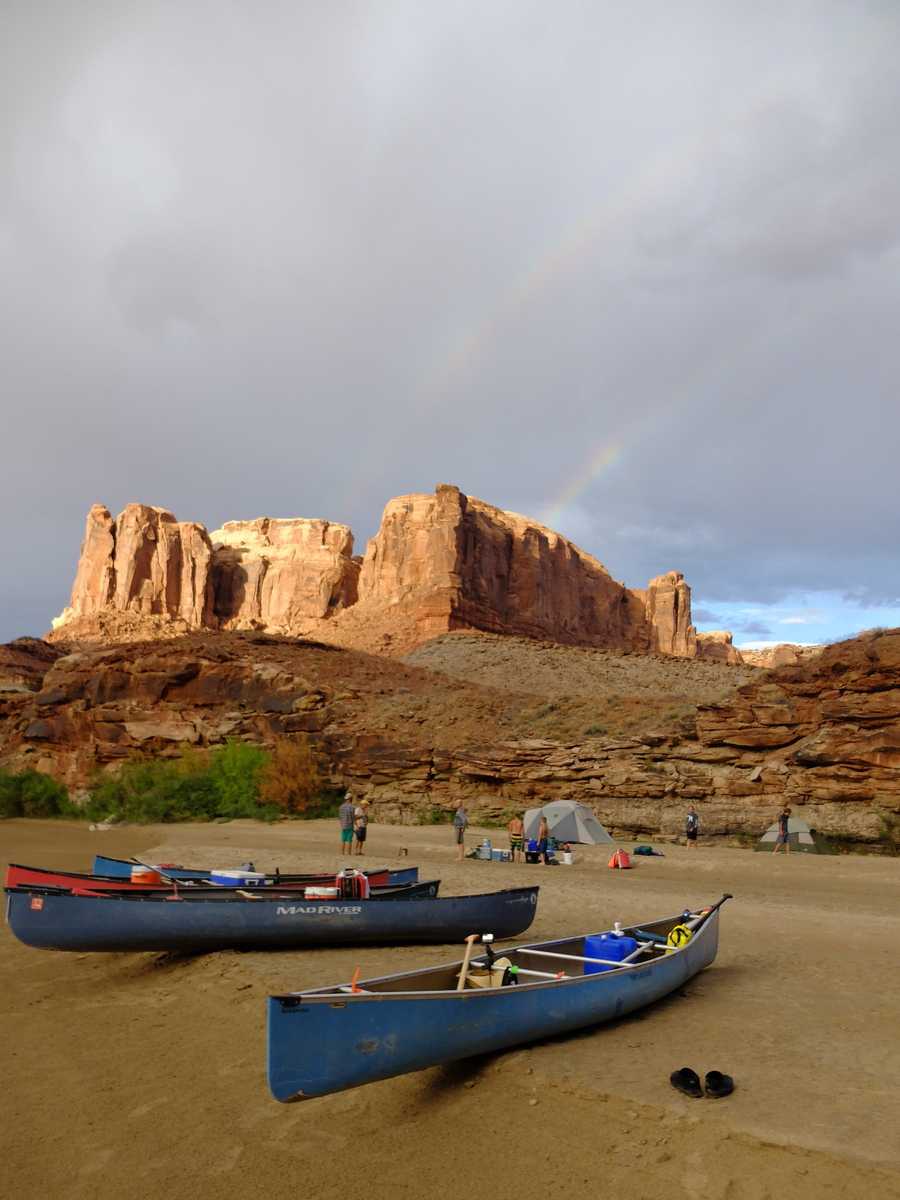 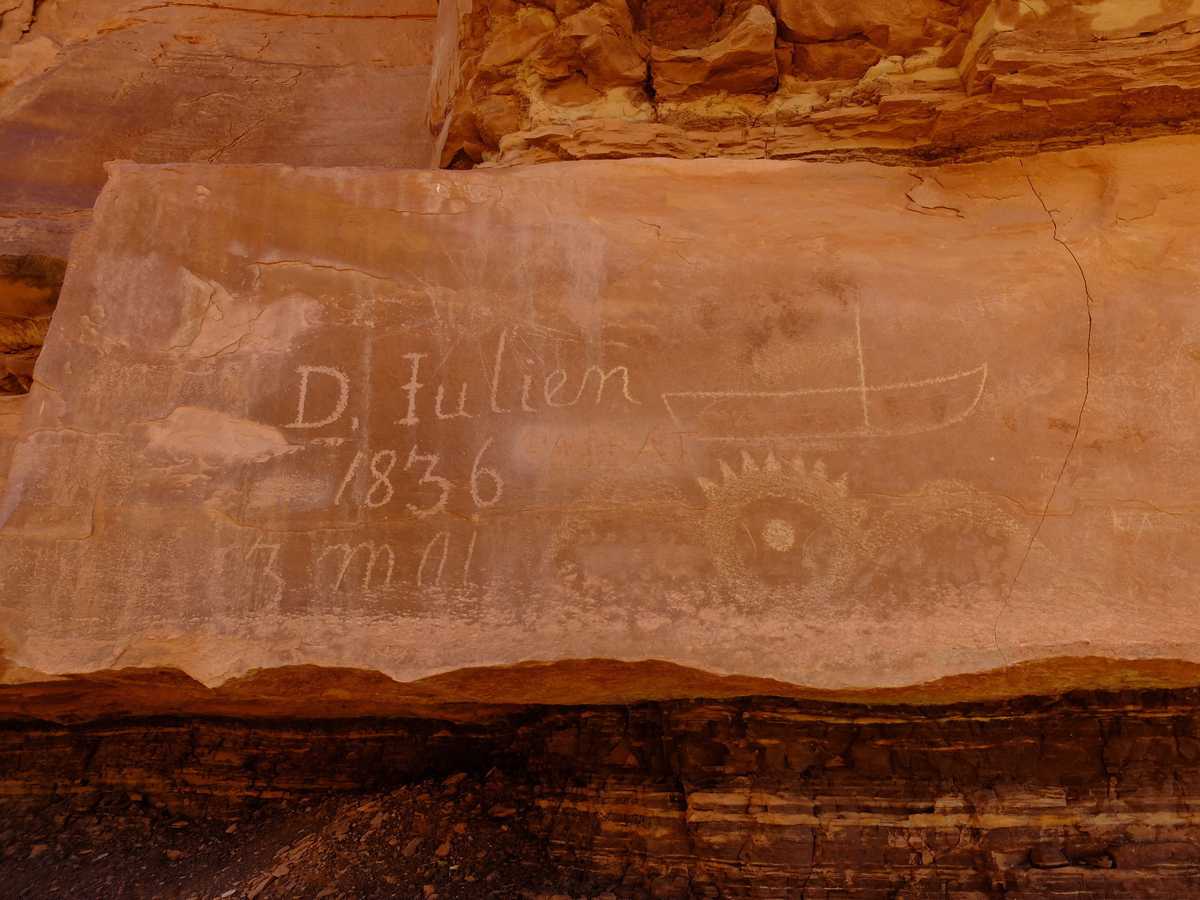 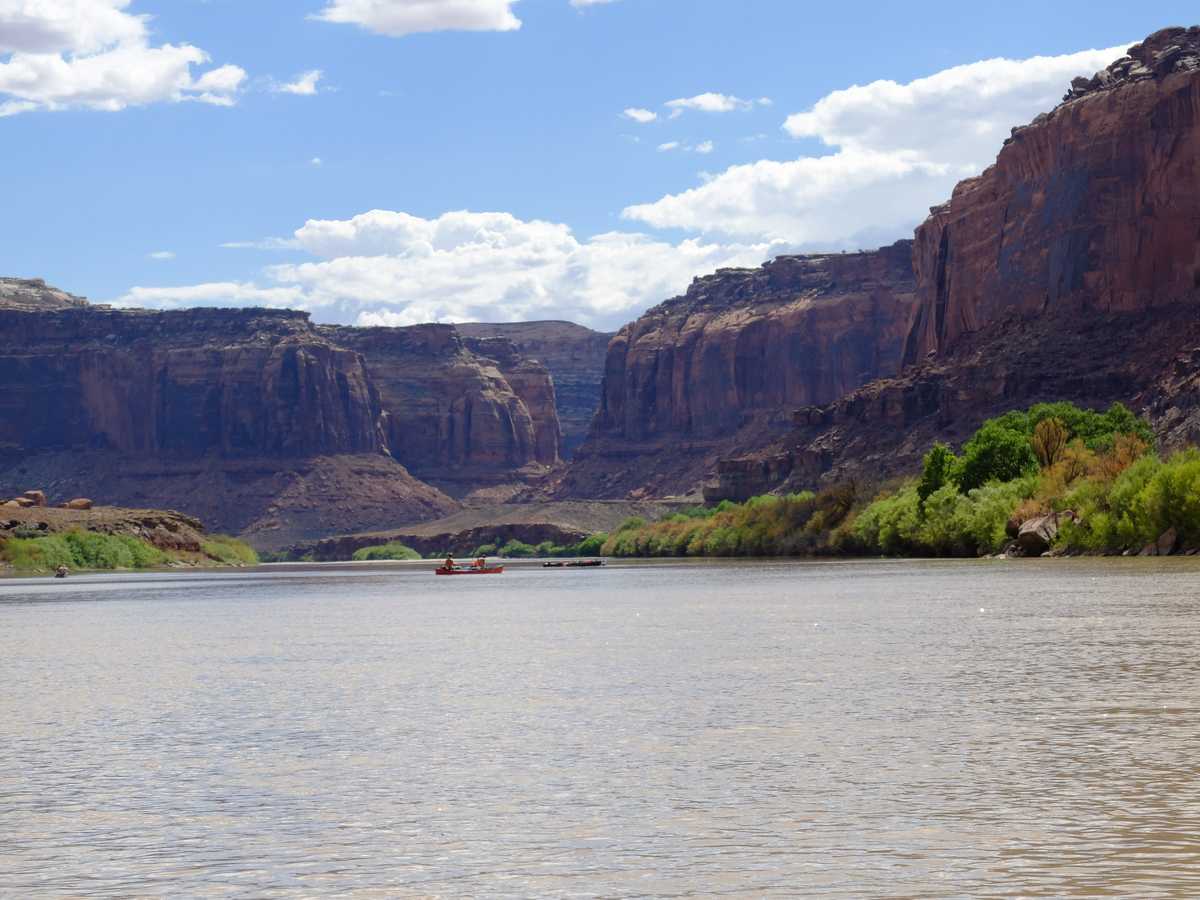 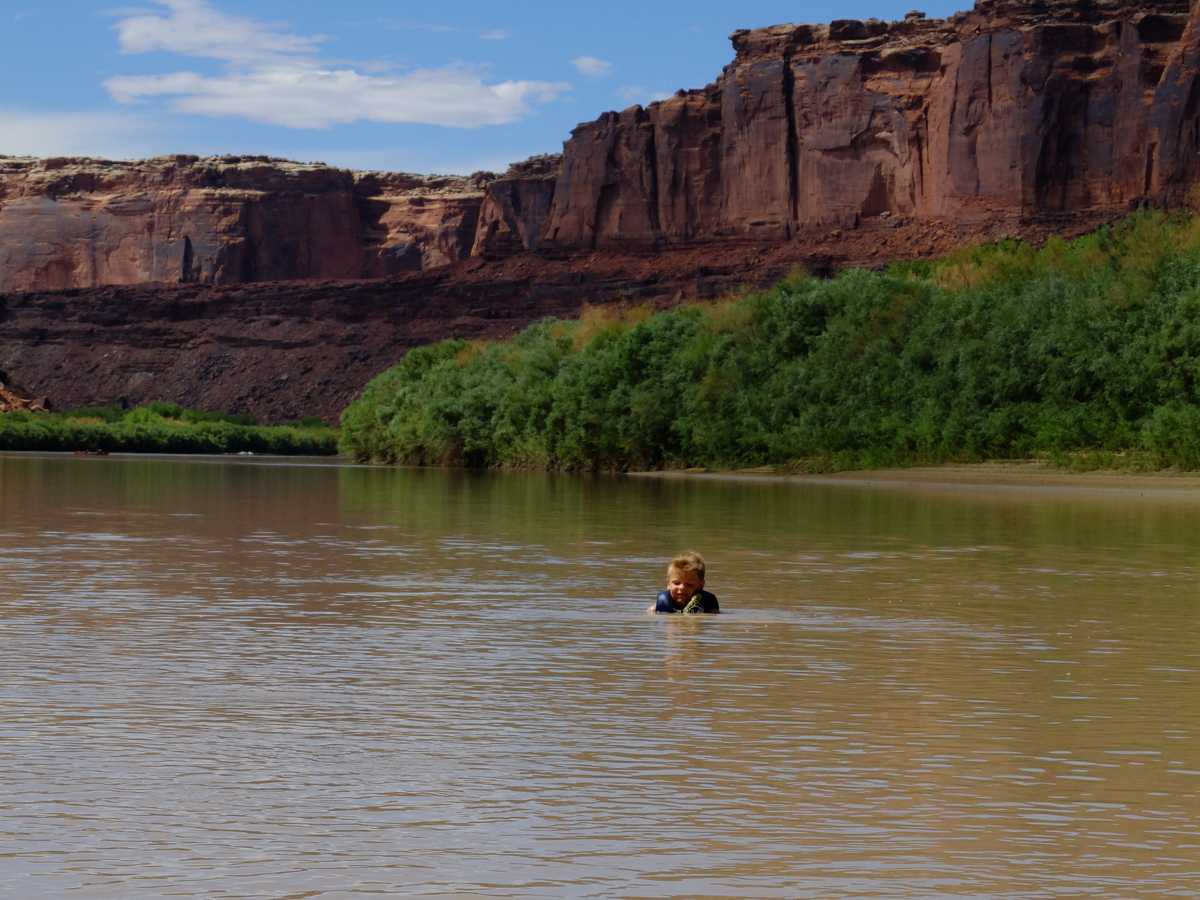 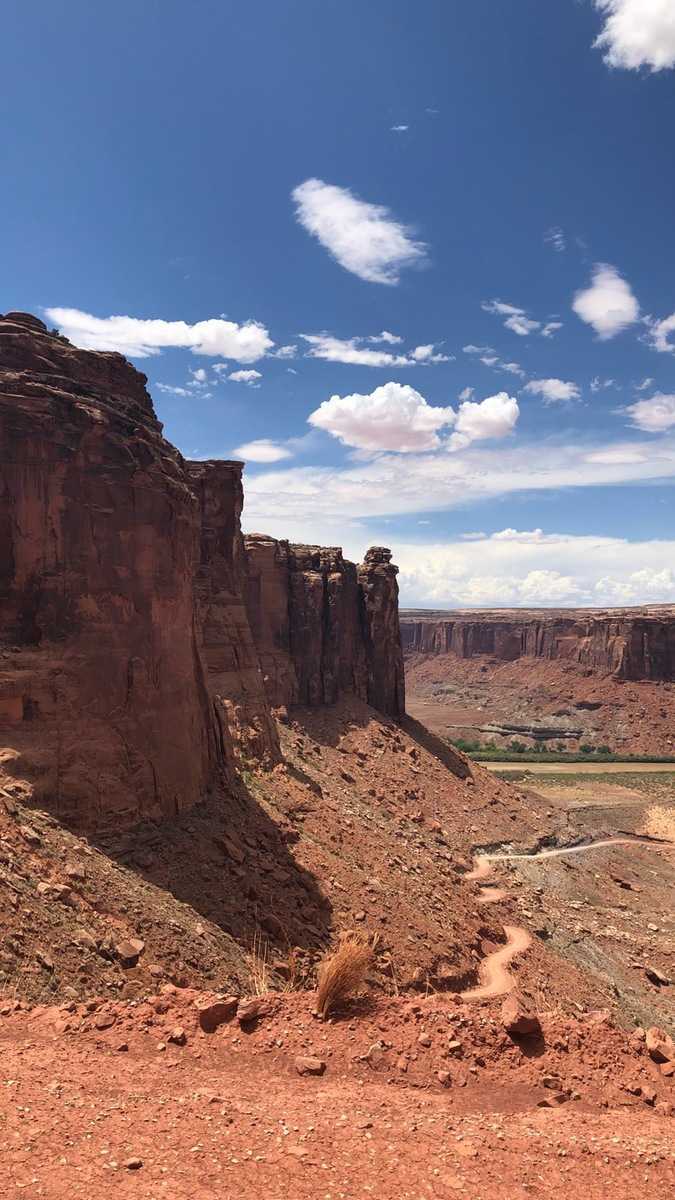 The road out of Mineral Bottom was a site to behold. Not for those with vertigo, or for anyone on a rainy day.